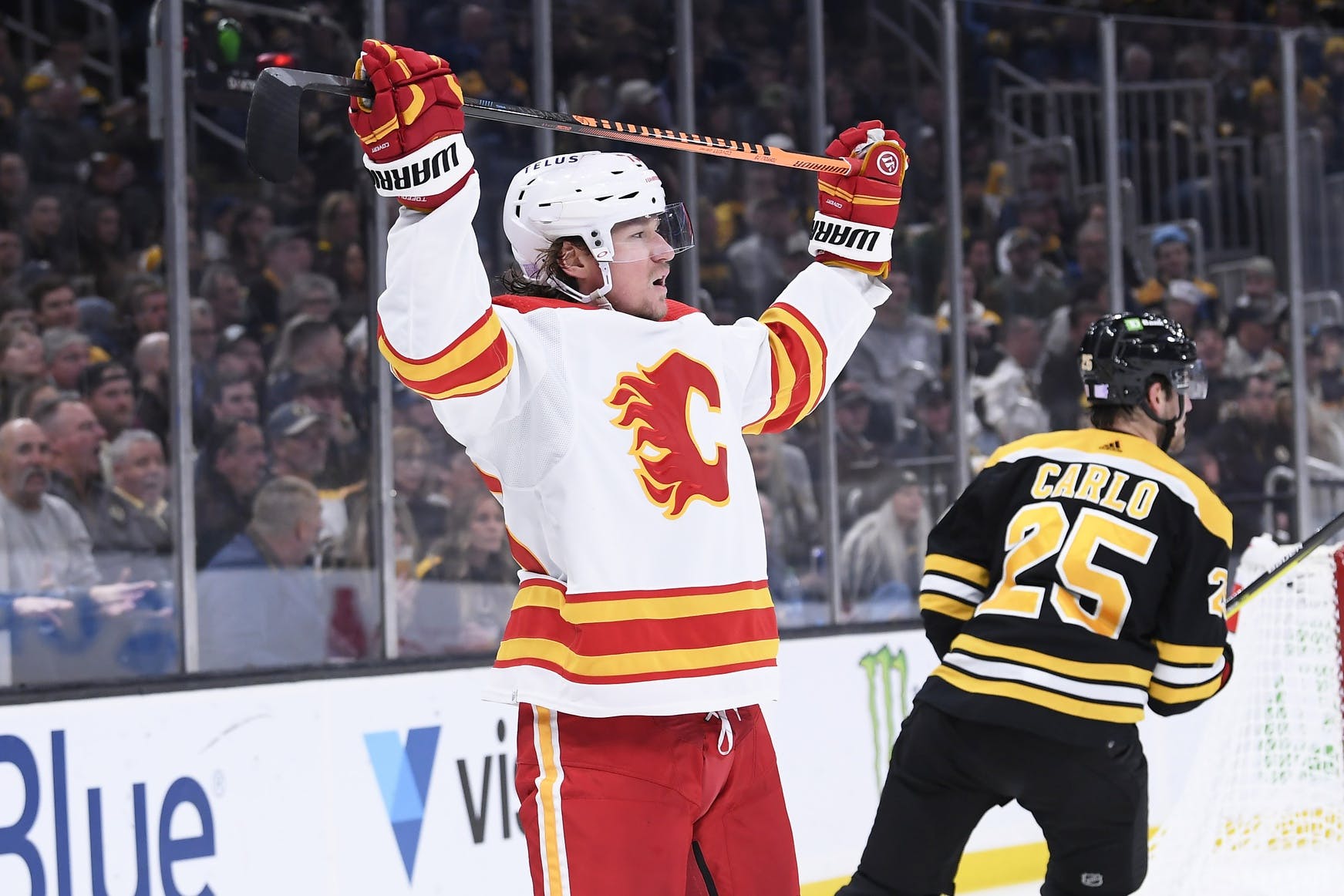 By Pat Steinberg
1 month ago
Merry Christmas to those who celebrate! From a little more love shown to Tyler Toffoli to a little more, well, time for Matthew Phillips, we’ve got a few holiday wishes for the 2022 festive season.

Toffoli has been one of Calgary’s best and most consistent players all season long. And yet, whether it be on social media or our Sportsnet 960 text and phones lines, I see and hear a lot of criticism directed at Toffoli’s spot on the team’s “top line”.
Maybe it’s his lack of burning speed or maybe it’s the lack of a dominant top trio last last season, but honestly, Toffoli is the last guy I’d be looking to criticize. He’s been awesome so far. Toffoli leads the Flames with 1.46 overall goals-per-60 and is near the top of the list in several offensive and possession categories. 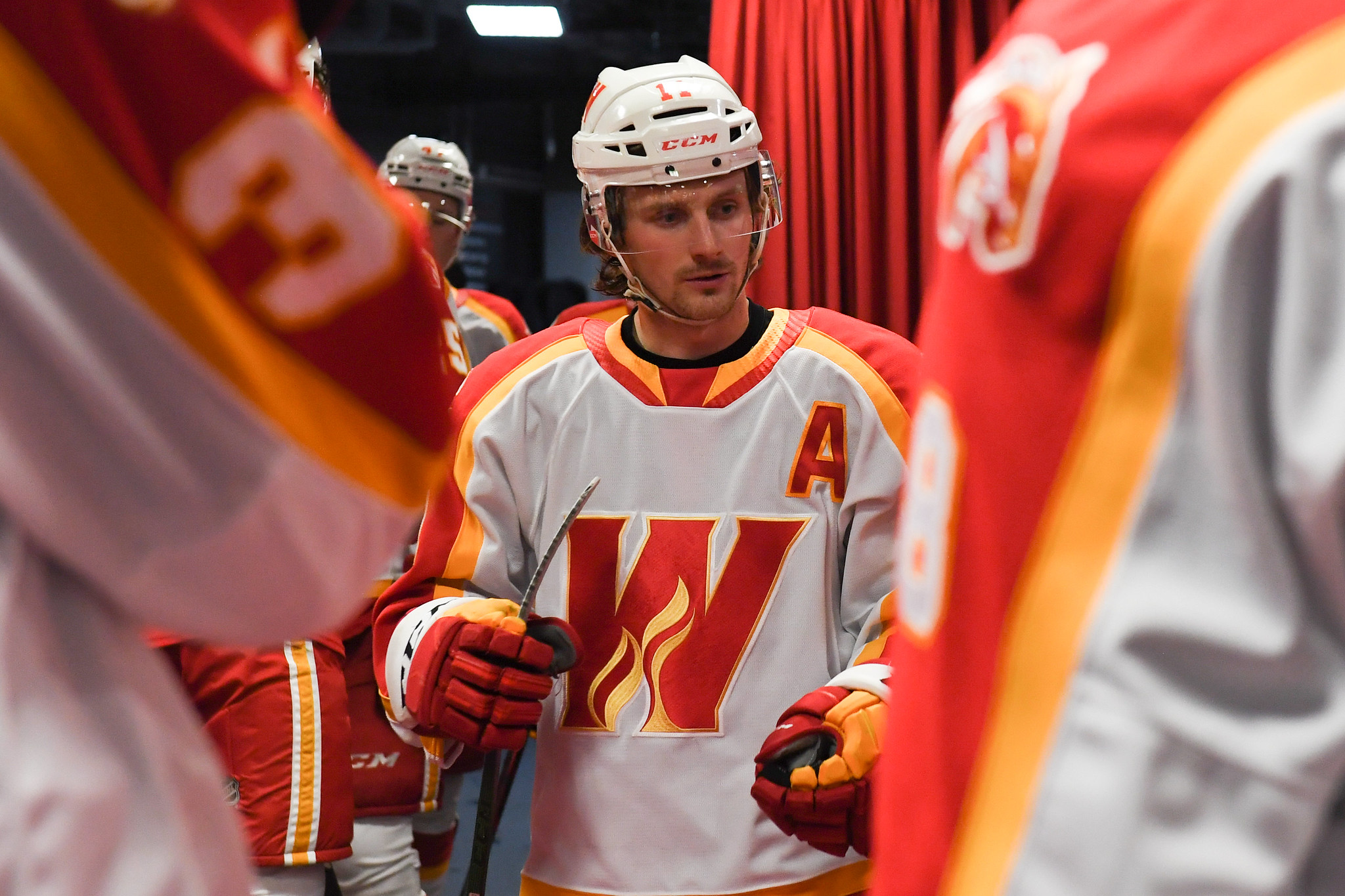 Prior to being recalled by Calgary, Phillips had been tearing up the minors and led the American League in goals and points. Since that time, he’s appeared in just two games with the Flames and was used very sparingly both occasions.
I’m not saying he was outstanding in those two appearances, but I’d certainly like to get a longer look at Phillips than we’ve gotten thus far. The fact he’s headed for unrestricted free agency at the end of the year adds a little urgency to that. And if that’s not going to happen with the Flames, the team might as well keep him with the Wranglers after sending him there following Friday’s win in Anaheim.

Calgary is a bubble playoff team through 35 games, which is well below both internal and external expectations. The Flames are probably short a top nine winger and a top six defenceman, but does making a “right now” type trade make sense when things are so touch and go?
That’s why a little clarity on what this team is would be nice for the general manager. A good run of ten or 15 games would make a significant difference in the standings, and thus would make it easier for Treliving to make an addition or two aimed at the playoffs. If that doesn’t happen, though, that proposition feels very risky. 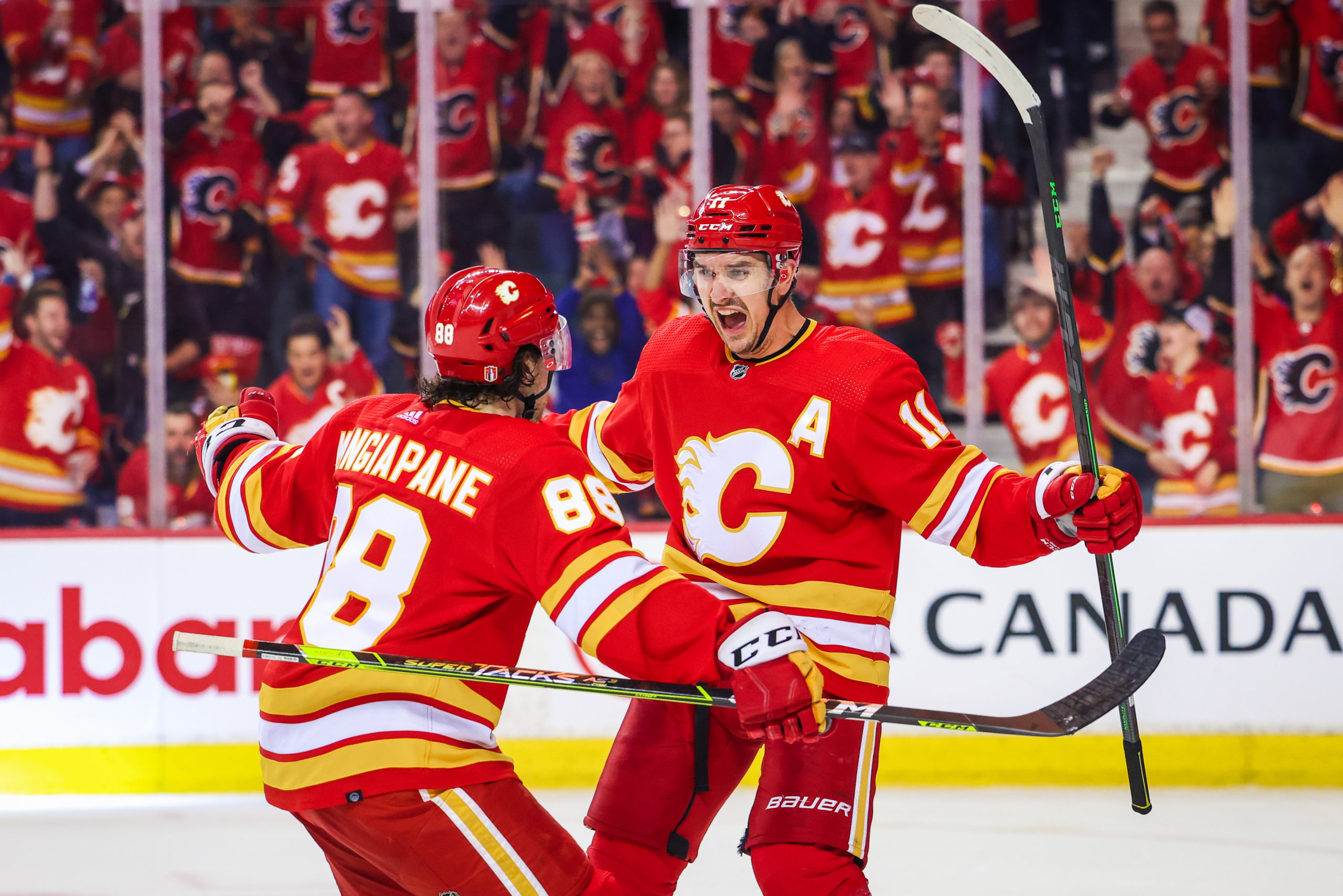 Goodness that line has looked good in the three games they’ve been back together, and we really shouldn’t be surprised. They were also elite when together last season. Statistics courtesy Natural Stat Trick.
After exploding for 35 goals last season, Mangiapane’s counting numbers have taken a step back in year one of his new contract. He’s played well with Backlund and Coleman so far, which gives me confidence he’ll be able to start turning that narrative if this line stays together.

The Flames had the NHL’s most consistent three defence pairs last season. With virtually no injury issues and strong chemistry, the head coach was able to use all three of Hanifin-Andersson, Kylington-Tanev, and Zadorov-Gudbranson throughout a game and in all situations. That just hasn’t been the case through 35 games this year.
Calgary has already dealt with more injuries on the blueline than they did at any point in 82 games last year, which has contributed. MacKenzie Weegar has steadily improved in his first year with the Flames, but his integration remains a process. Oliver Kylington’s absence has definitely been felt. And Michael Stone’s game has dropped off since missing ten games with injury in November.
Whether it’s Stone’s game improving, another internal solution or a trade, getting this area fixed would be huge help.
Editorials
Recent articles from Pat Steinberg