Welcome to the weirdest training camp in Flames history 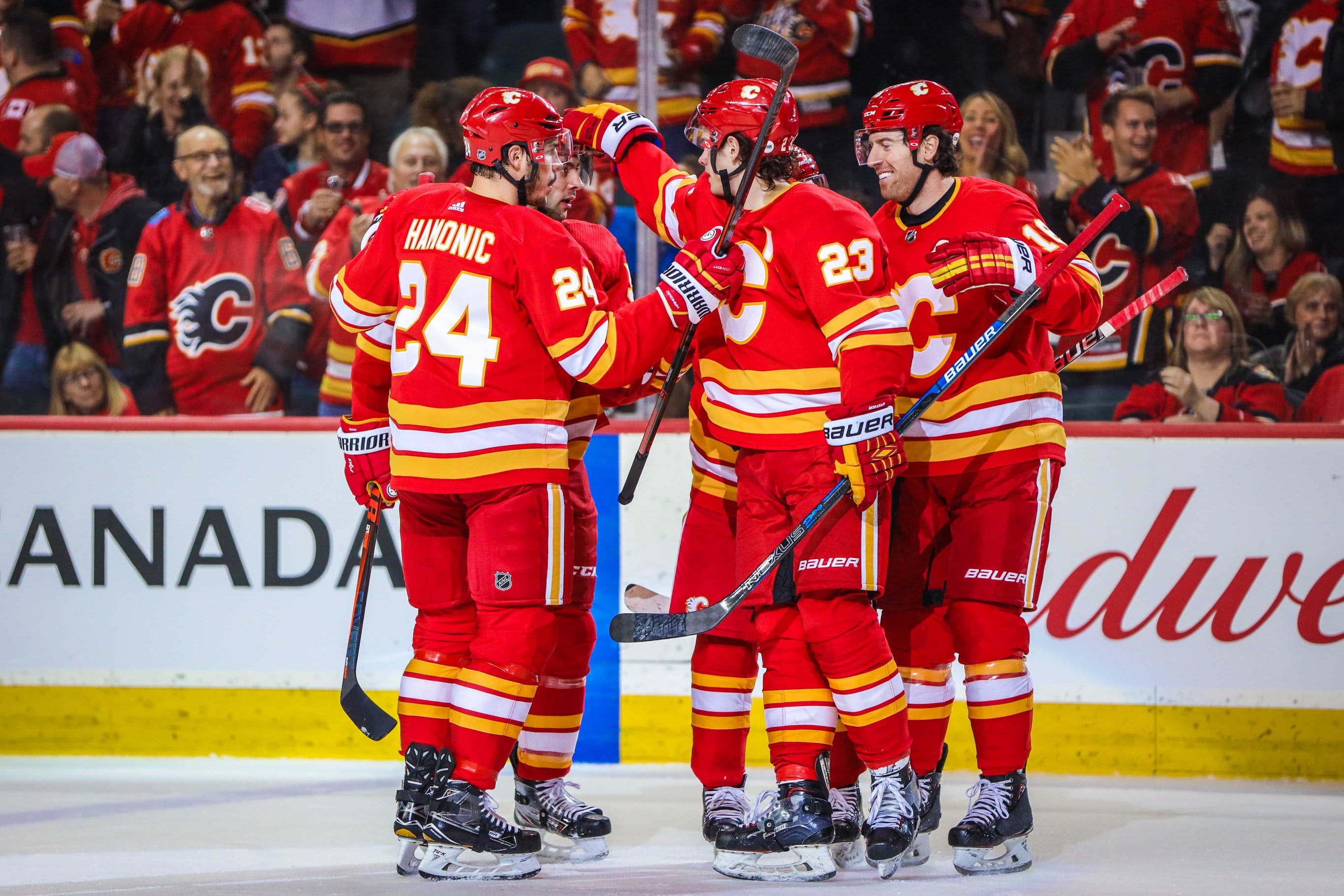 By Ryan Pike
1 year ago
Friends, today marks the first day of on-ice action on what’s easily going to be the weirdest training camp in Calgary Flames franchise history.
Here’s a rundown of the oddness we have to look forward to over the next 10 days.

Usually, camp begins with 50-ish bodies – the graduates from rookie camp, plus the regular pro players – and then it gets whittled down over the course of a month. This year’s camp begins with five goalies and a league-mandated maximum of 36 skaters.
And instead of getting whittled down during camp, it’s going to see some swap-outs.

Traditionally, teams have up to nine pre-season games to allow veterans find their rhythm, try out youngsters, and generally provide teams with some runway to figure themselves out in advance of the regular season.
That’s not the case this year! Instead of nine pre-season games, they have seven days of on-ice sessions. Two of the days feature scrimmages, but this means that every single on-ice session will be crucial to determining the composition of the final team (and taxi squad).
Heck, Brad Treliving noted on Sunday that with the compressed schedule and scarce practice time during the season, morning skates will take on a huge amount of importance for preparation and teaching of tactics and systems.

The bedrock of hockey journalism on Twitter is tweeting forward lines and defensive pairings from morning skates and pre-game warm-ups. Usually it has limited value, if any. With everyone and their dog – hi Quincy! – agog about potential line shuffles for the Flames and where the new faces slot in, there’s obviously a lot of interest about which players are skating with who.
Treliving pumped the brakes on Sunday, noting that line combinations will be very fluid. The expectation is that the team will be maintaining two practice groups for the entirety of camp, with the established NHLers split up between the two groups in part to try out different looks in camp and in part because of logistics – in case of COVID-19 infection within the team, it makes sense to have two groups split up.
It remains to be seen how much player movement there will be between the two practice groups.

The Flames are required to file a cap compliant 23-man (or fewer) player roster with the NHL’s central registry by 3 p.m. MT on Jan. 12 – that’s an off-day for the team. But there are more than just the traditional NHL roster spots up for grabs.
One goalie and up to five skaters will be assigned to the taxi squad – nominally part of the AHL roster for waivers and cap purposes, but located in Calgary and practising with the NHL team. And until the WHL gets going, Connor Zary would be eligible to be on the taxi squad (or the AHL team itself).
In other words, three goalies and up to 25 skaters will be shuffling around Calgary following training camp and making their case to the coaching staff and management for playing time.
It’s going to be a weird camp, and that’ll feed into what’s certain to be a very weird 56 games of regular season hockey.
Uncategorized
Recent articles from Ryan Pike