What needs to happen for the Flames to make the playoffs? 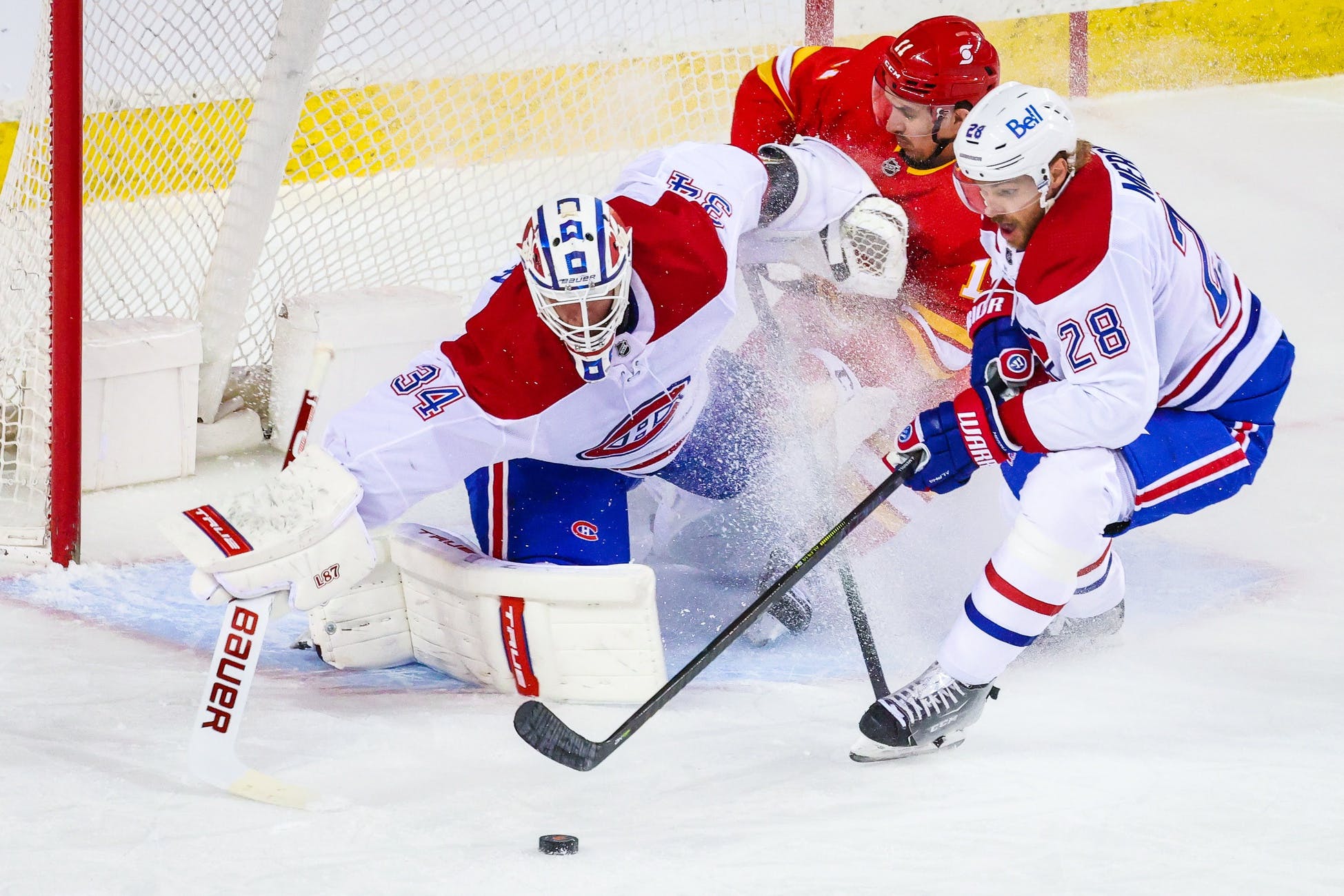 By Ryan Pike
1 year ago
The Calgary Flames remain mathematically alive as we head into May. But a lot of things need to happen for the Flames to find themselves with a little X next to their name in the standings, and with hockey games to play following their regular season finale on May 19.
As of Thursday morning, the Flames’ “magic number” is 11.5 – that’s the combination of Montreal losses and Calgary wins resulting in a playoff spot. With eight games remaining, that means the Flames need to run the table and get some help from Montreal’s opponents.
Their “tragic number” is 5.5 – the combination of Montreal wins and Calgary losses eliminating the Flames from the post-season dance.
As a matter of course, the Flames are eliminated when (a) their maximum possible points are exceeded by Montreal’s current points or (b) their maximum possible points are equaled by Montreal’s current points and Montreal has clinched the regulation wins tiebreaker.
The opposite is also true: the Flames would clinch when their current points exceed Montreal’s maximum possible points (or if they’re equal and the Flames clinch the regulation wins tiebreaker).
Simply put, no matter what the Flames do, if Montreal wins more than four games, the Flames are toast. The Flames can win every single game from here on out and if Montreal wins five games, it won’t matter. What the Flames need is for Montreal to lose, frequently, and to do so in regulation.
Is this possible? Well, Montreal is 4-6-0 in their last 10 games and the Flames are 5-5-0 in their last 10. Neither would be enough to get Calgary in, but if Montreal struggles against their tough opposition and the Flames can feast on Ottawa and Vancouver, it’s in the realm of possibility.
It’s a narrow, narrow road to a Flames playoff berth. And a lot of it is completely outside of their control.
Uncategorized
Recent articles from Ryan Pike