Why winning a round is imperative for the Calgary Flames 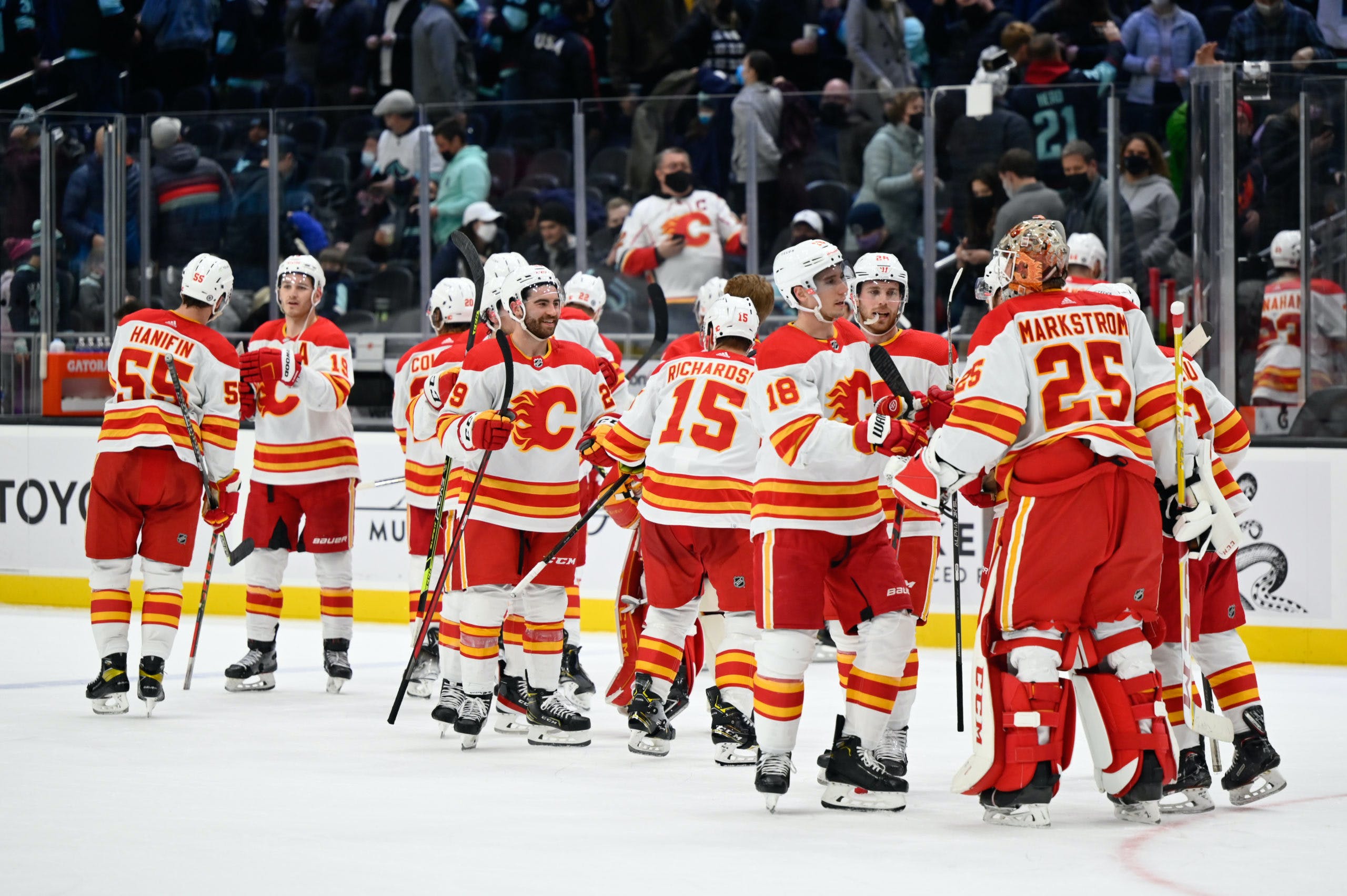 By Pat Steinberg
7 months ago
The Flames clinched a playoff spot more than a week ago. They clinched top seed in the Pacific with four games remaining. Calgary’s regular season has been as good as anyone could have expected, and in most cases better. The Flames have been one of the NHL’s best and most consistent teams from start to finish, but it starts to matter for real early next week. More so this year than in a long time, and for myriad reasons, Calgary absolutely needs to win a playoff round.

At 108 points, the Flames have already put together the second best season in franchise history. With three games to go, the 2021-22 edition has surpassed the group that won the Western Conference in 2018-19. Depending on how things go on their final road trip, Calgary could finish this season within three points of the 1988-89 team that went 54-17-9 with 117 points.
But it goes beyond just the results. The Flames have been legitimately high-end in almost every metric you can find: goaltending, special teams, counting numbers, and analytics. Look at their five-on-five outputs across the board; you won’t find them outside the top five anywhere.
All this is to say it would be an absolute shame if Calgary didn’t couple an extremely successful regular season with at least a little postseason success. They have candidates for the Jack Adams, Hart, Selke, and Vezina, but as head coach Darryl Sutter would say: those are regular season awards. Even knowing the unpredictable nature of the Stanley Cup Playoffs, not winning at least four games would be a missed opportunity and a massive underachievement, at the very least. 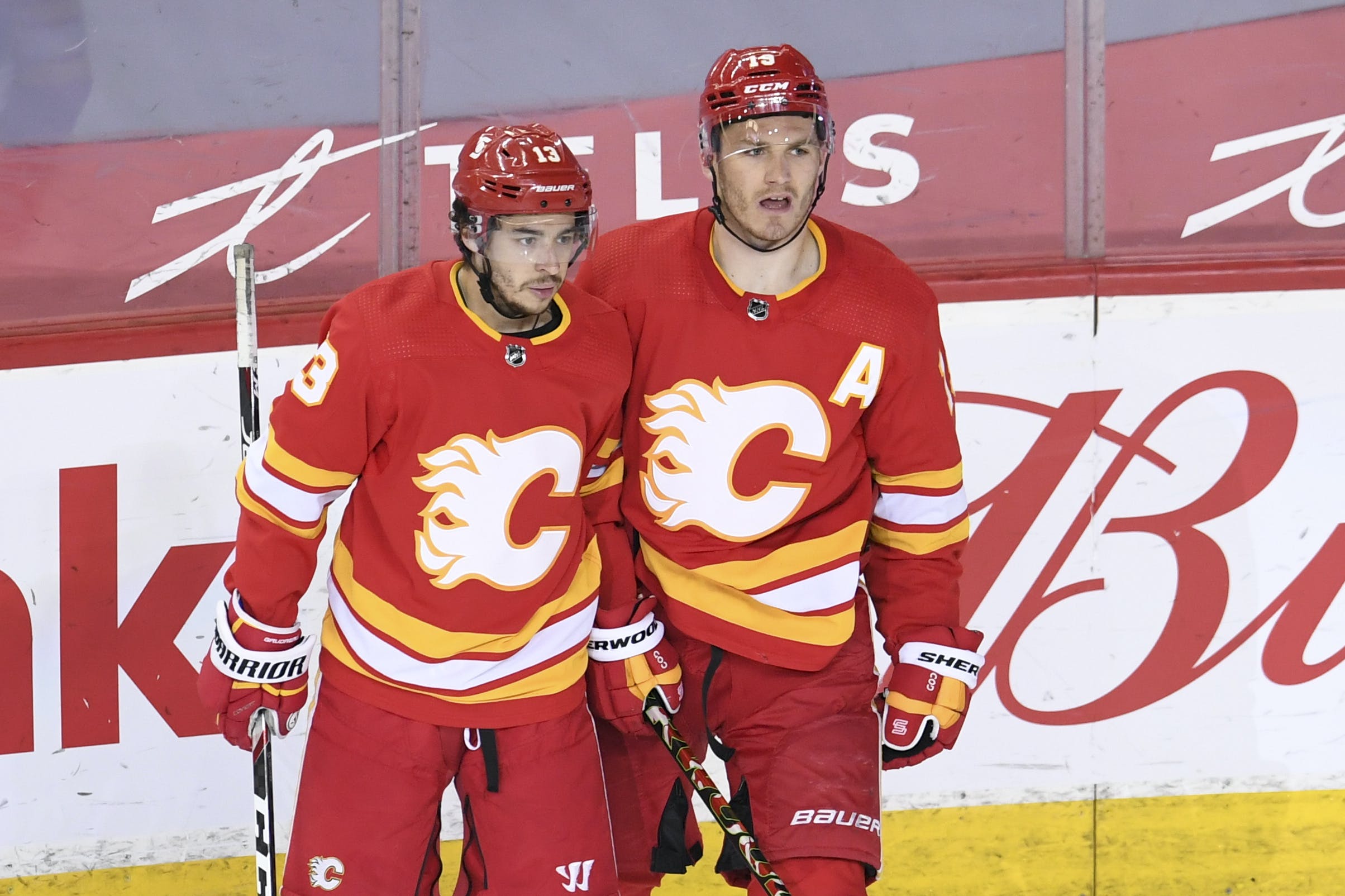 We know Johnny Gaudreau and Matthew Tkachuk don’t have contracts for next season. We also know both players have significant leverage when it comes to their future, either with Calgary or elsewhere. Tkachuk and Gaudreau want to win as much as anything else, which means meaningful playoff success (as in…more than winning a game or two) could be the ultimate motivator in getting them to sign with the Flames long-term.
On the flip side, another early exit carries with it the danger of having the opposite effect. If either of Gaudreau or Tkachuk don’t feel like they’re close to winning a title, perhaps their asking price gets higher to stay. Or maybe other locales become more attractive regardless of dollar figures. It’s not a perfect science, but I feel quite confident a long run won’t hurt Calgary’s chances.

Then there’s the matter of the team’s roster and cap construction, which is very favourable right now. Whether Gaudreau and/or Tkachuk sign multi-year extensions or not, the Flames simply won’t be as well constructed next year as they are right now. Gaudreau at $6.75 million is a steal. Tkachuk at $7 million is incredible value. And that’s not to mention all the other luxuries Calgary has been able to afford this season.
Erik Gudbranson and Nikita Zadorov have made up a third defence pairing that comes in at a shade under $6 million combined. Milan Lucic is counting $5.25 million against the cap playing on the fourth line. Andrew Mangiapane has 35 goals (and counting) with an AAV under $3 million. Oliver Kylington has 30 points off the blueline on an NHL minimum salary.
Calgary will absolutely have to sacrifice some of these luxuries next season…or they won’t be able to keep two of their superstar players. Yes, it’s an easy choice. Of course the Flames should, and will, prioritize keeping Tkachuk and Gaudreau over more replaceable spots on the roster. But this all speaks to the importance of maximizing cap structure now, which includes all those luxuries AND two pending free agent superstars. Next season, that “and” turns to an “or”.

Nothing is for sure when it comes to the stupidity of the NHL’s postseason tournament. It’s the most unpredictable playoffs in North American professional sports. In saying that, I feel like a first round series win has a good chance of setting Calgary up for their longest run since 2004.
I say that mainly because of how the Western Conference bracket is shaping up. The first round seems to be where good teams get tripped up the most in recent years, either due to underachieving or a bad matchup. If the Flames can avoid that trap against (likely) one of Nashville or Dallas, their game should be in order for a second round matchup against Los Angeles or (gasp) Edmonton.
With no disrespect to either the Oilers or Kings, but neither team is a juggernaut like the Anaheim Ducks were in 2015, which was the last time Calgary advanced beyond the first round. You don’t have to squint to see the Flames playing a tough Central Division team in a Western Conference Final…but it’s all behind a glass ceiling until/unless they win those first four games.