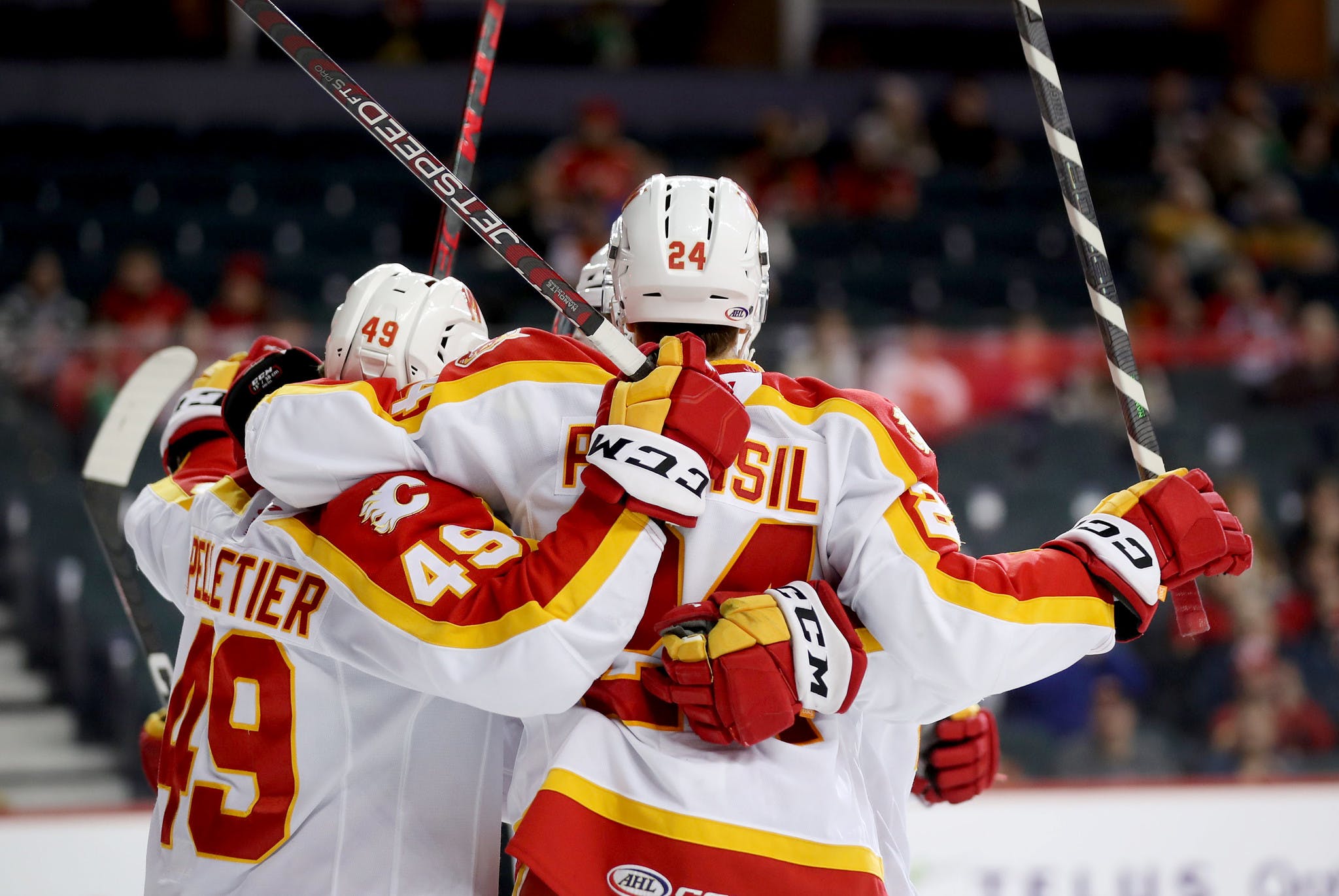 By Paige Siewert
1 month ago
The Calgary Wranglers kicked off their back-to-back series against the Ontario Reign on Tuesday night in a shooting frenzy including two goals for Martin Pospisil, a couple of special teams tallies and about a 40-shot night for both sides. The Wranglers were the better team in the first half of this series and beat the Reign by a score of 4-1.

There was quite a bit of movement throughout the organization since the last time the Wranglers played on Dec. 15. Here’s a quick summary of transactions that affected the Wranglers from oldest to newest respectively.

The lineup changes above didn’t turn into immediate changes for the Wranglers going into their game against the Reign on Tuesday night. Zohorna was not back in time to make the lineup, and Lavigne and Helgesen were scratched. With DeSimone back up with the Flames, Clark Bishop got the A sewn on his jersey in this game. The biggest change in this game, however, was the return of Martin Pospisil.
Pospisil put on his well-deserved first-star calibre performance and didn’t waste time getting things started. Both teams felt each other out in the first period with a couple of decent scoring chances for each side that didn’t end up resulting in a score change after 20 minutes.
In the second, Pospisil broke things open 5:31 into the period with a set-up from Josh Brook and Jeremie Poirier. This was Pospisil’s first game back in the Wranglers lineup since December 3rd as he was out with an undisclosed injury.
He started the scoring but the goals following didn’t come instantaneously. The next person to light the lamp would be Brett Sutter in his first game against his former team. This goal came late in the second on the power play with just 13 seconds to go. Connor Zary and Emilio Pettersen picked up assists.
The power play strength continued into the third period where the next goal scorer was Walker Duehr 10:02 into the final frame. Duehr’s goal featured assists by Emilio Pettersen and Jeremie Poirier, who were both up to two points on the night after this marker.
Martin Pospisil found his second goal of the night two and a half minutes later with an even-strength tally assisted by Connor Zary and Jakob Pelletier. The four-goal lead to work with made quite a comfortable cushion for the home team at this point in the game.
It wasn’t quite enough to earn Dustin Wolf a shutout in this match-up, however. His perfect night was broken up by a Reign goal 15:28 into the third. That completed scoring for the night and the Wranglers won 4-1 and narrowly outshot their opponents 41-38.

The fun continues into Wednesday for a rematch between these two. Brett Sutter’s 1,000th game and corresponding tributes and celebrations will take place on Wednesday night. Show your support for the Wranglers Captain in person at the Scotiabank Saddledome at 7:00 p.m. MT or stream it on AHL.TV.
News
Recent articles from Paige Siewert