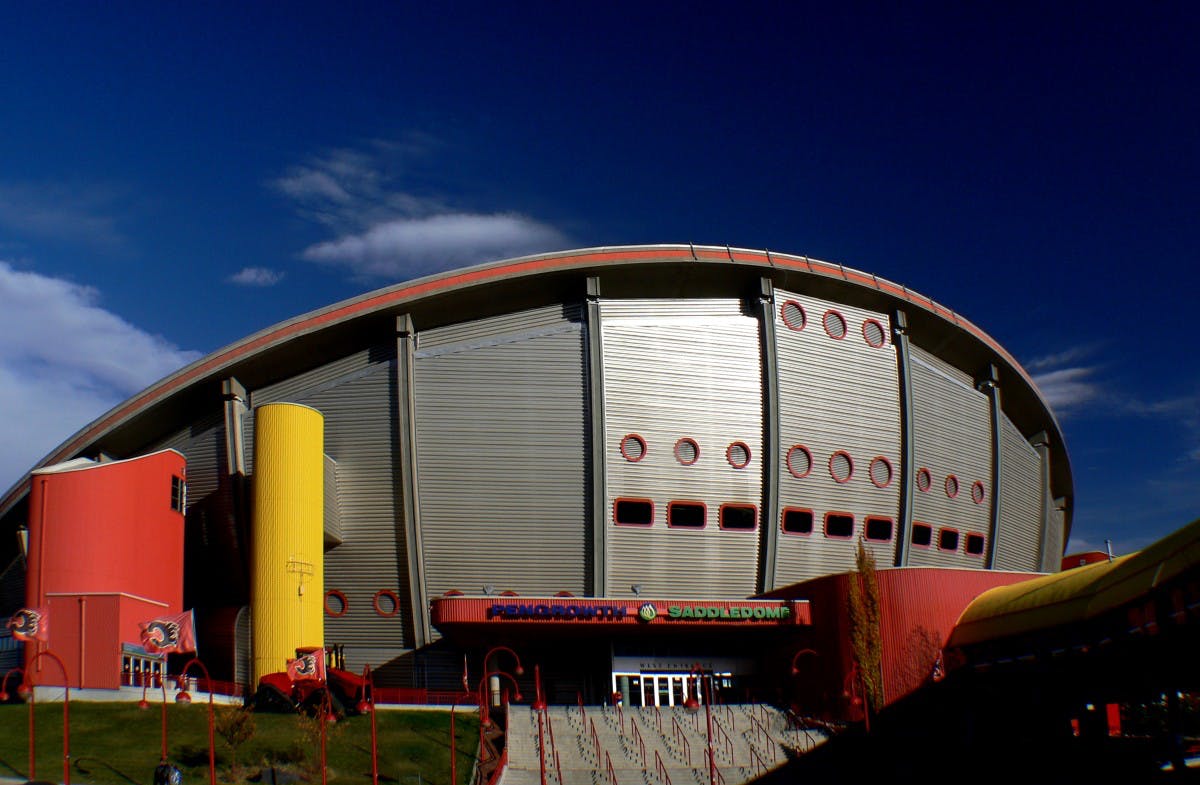 By Ryan Pike
1 year ago
Comments
After a long spell of radio silence regarding the future home of the Calgary Flames, we have some news regarding the development. And unfortunately, the news isn’t particularly great.
Per the Calgary Municipal Land Corporation, the city entity tasked as the project manager for the new arena, the project is currently paused as they tackle some budget challenges.
Here’s a statement we received from CMLC on Wednesday afternoon:

“Calgary Municipal Land Corporation (CMLC), along with our partners at The City of Calgary, provided an update to Council at the April 13th closed meeting on the progress of the Event Centre. We started this project by developing principles and a program that would create a building that Calgarians would be proud to have in their city and over the past several months, the team has developed a design to reach that goal.”
“At this early stage in the project, there is a difference in the current budget estimate and the program requirements for the facility. Given the significance and importance of the project, the parties have jointly agreed to pause the project team to allow time to resolve these challenges. The decision to take this pause is the responsible and prudent approach to ensure we find the best solutions to move the project forward successfully, without incurring any additional costs on the project while these discussions progress. The team is working collaboratively to find a suitable path forward” – Kate Thompson, President and CEO, Calgary Municipal Land Corporation, CMLC.

The arena, or “event centre” in City Hall parlance, was approved by Calgary’s city council in late July 2019. The City was contributing $290 million to the project, with the Calgary Flames ownership contributing $275 million – the construction costs were budgeted at $550 million. HOK and Dialog were announced as the project development team back in June.
Unfortunately, we’ve been dealing with an ongoing global pandemic that has tied up domestic production materials and made it much more challenging to import materials from abroad in a cost-effective manner. As a result, stuff that probably would’ve cost $550 million as recently as six months ago likely don’t cost that same amount – and $550 million doesn’t buy what it would six months ago. (This hasn’t been specifically cited as the reason behind the pause, but it seems like a reasonable assumption to make given challenges experienced by projects of similar scope in recent months.)
Advertisement
Ad
Advertisement
Ad

FWIW: the agreements between the #Flames and the City specifically mention how to handle budget overages resulting from one of the sides wanting to add something, but not really as much from structural budgetary issues.

And so, we play the waiting game.
The new arena was slated for an August 2021 groundbreaking and May/June 2024 opening, but with the pause it seems unlikely that these dates would hold.

At city hall, the talk is that the deal between the City and the Calgary Sports and Entertainment Corp remains intact. Issues currently are described as "not that big." Guess we'll see what that means in the weeks ahead. #yyccc

– an additional $70 million
– the CMLC be removed as project manager
– more land
– control over traffic around rink#yyccc #Flameshttps://t.co/UD67HndtOW

We’ll have more on this story as it develops.