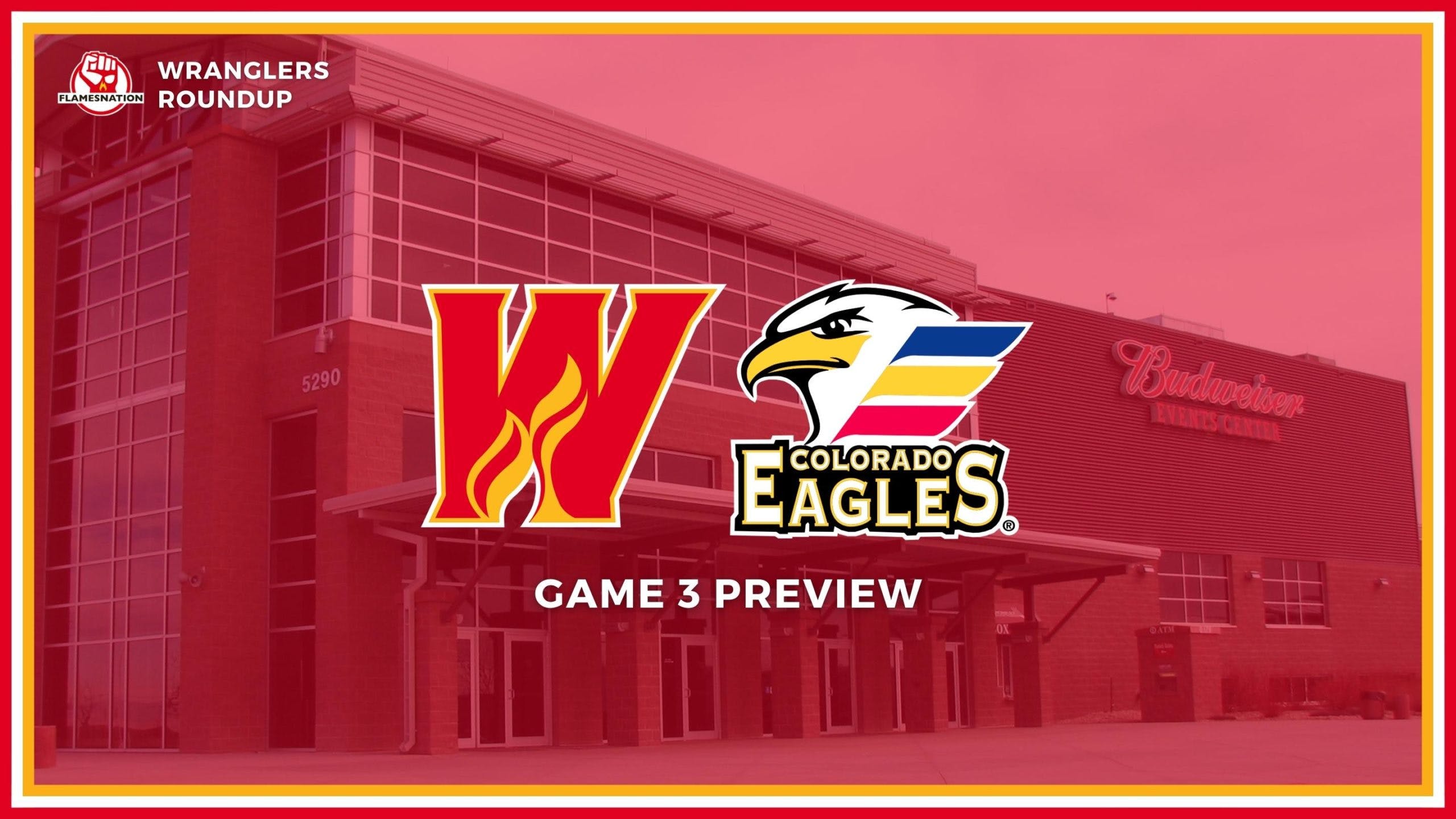 Photo credit: Graphic by Mike Gould
By Mike Gould
3 months ago
Comments
The Calgary Wranglers will wear their red uniforms for the first time on Friday when they take on the Colorado Eagles at 7:05 p.m. MT.
AHL clubs wear white at home for the first half of the regular season before switching to their darks around February — and, unfortunately, the Wranglers came up 0–2–0 in their whites during their season-opening back-to-back against the Coachella Valley Firebirds earlier this week.
The Wranglers will now embark upon a four-game road trip before returning to Calgary to host the Tucson Roadrunners on Nov. 2 and 4. While they’re out of town, the Wranglers will play back-to-backs at Colorado (Oct. 21 and 22) and Coachella Valley (Oct. 28 and 29).
Here’s what you need to know before tonight’s Wranglers game.

Goals were tough to come by but there were still plenty of highlights from tonight's game! #JoinTheHerd pic.twitter.com/kQ3CXiG4Va