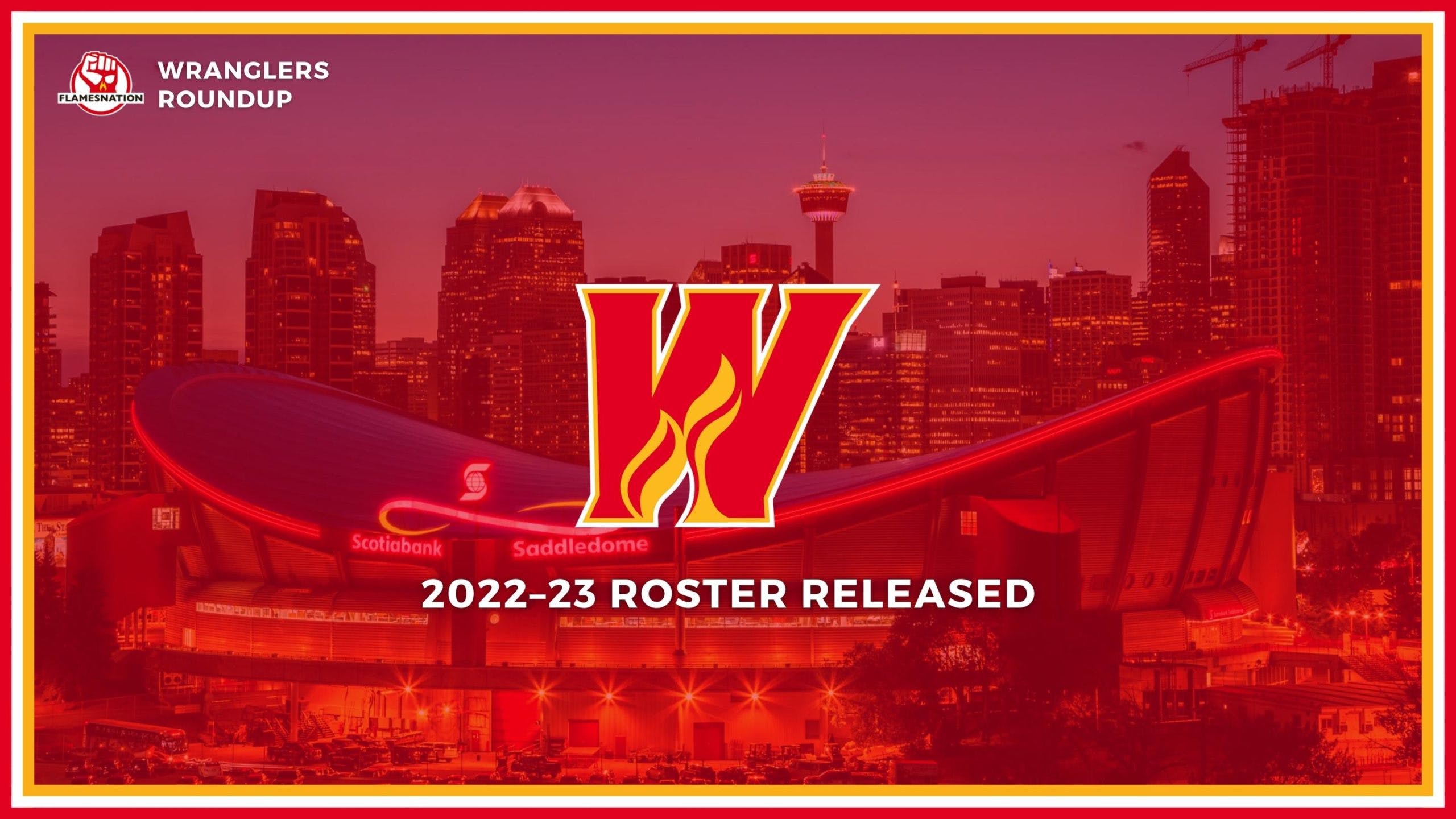 Photo credit: Graphic by Mike Gould
By Mike Gould
3 months ago
Comments
The Calgary Wranglers have finalized their roster for opening day of the 2022–23 American Hockey League regular season.
The Calgary Flames’ AHL affiliate will play its first league game since relocating from Stockton, California at 1:00 p.m. MT on Oct. 16, playing host to the Coachella Valley Firebirds at the Scotiabank Saddledome.
While we don’t yet know which Wranglers skaters and goaltenders will dress for that game, we do know the names of the 29 players the team will carry on its roster to begin the season.