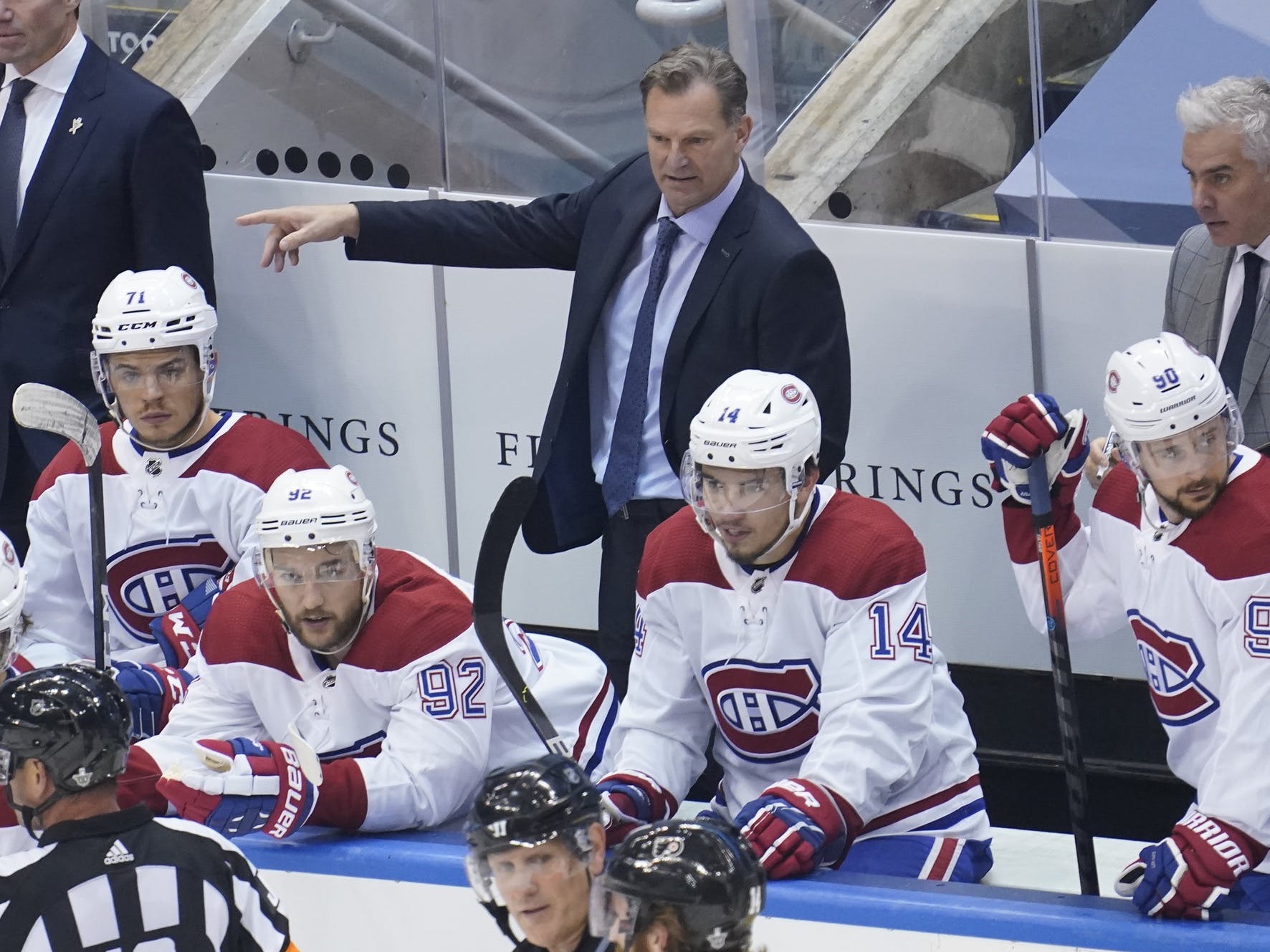 The #Flames have named Kirk Muller as associate coach and Cail MacLean as assistant coach. https://t.co/MPTOBxSInP

Muller, 55, had a decorated playing career, with over 1,300 NHL games played and a Stanley Cup in 1993 with the Montreal Canadiens. Since ending his playing career, he’s become quite the in-demand coach. He’s coached for 10 years in the NHL as an assistant (Montreal, St. Louis and Montreal again), three seasons as a head coach (Carolina) and part of a season as an AHL head coach with Milwaukee. He was most recently an associate coach with Montreal, but let go during their mid-season coaching change. The release didn’t specify, but we would imagine someone with nearly 1,000 NHL points as a forward would probably run the forwards and the power play.
MacLean, 44, was previously Stockton’s head coach and joins a Flames coaching staff that includes his Stockton predecessor Ryan Huska. MacLean had a decade-long minor league career with stops throughout the AHL, IHL and ECHL. He’s built up a pretty impressive minor league coaching resume, with stops as assistant coach with South Carolina (ECHL), Abbotsford (AHL) and Stockton (AHL) and head coaching gigs with South Carolina (ECHL), Adirondack (ECHL) and Stockton (AHL). Much like Huska, MacLean did an excellent job with the Heat preparing the team’s prospects for NHL call-ups.
Advertisement
Ad
Advertisement
Ad

With the coaching shuffles today, #Flames coaching staff now looks like this:

Former assistant coaches Ray Edwards and Martin Gelinas are staying with the organization, with both moving into player development roles. (Edwards was previously director of player development prior to joining the coaching staff.) Stockton is also losing assistant coach Dominic Pittis, who has joined St. Mary’s High School in Stockton as director of hockey, so they’ll be seeking to fill a couple coaching roles this off-season.