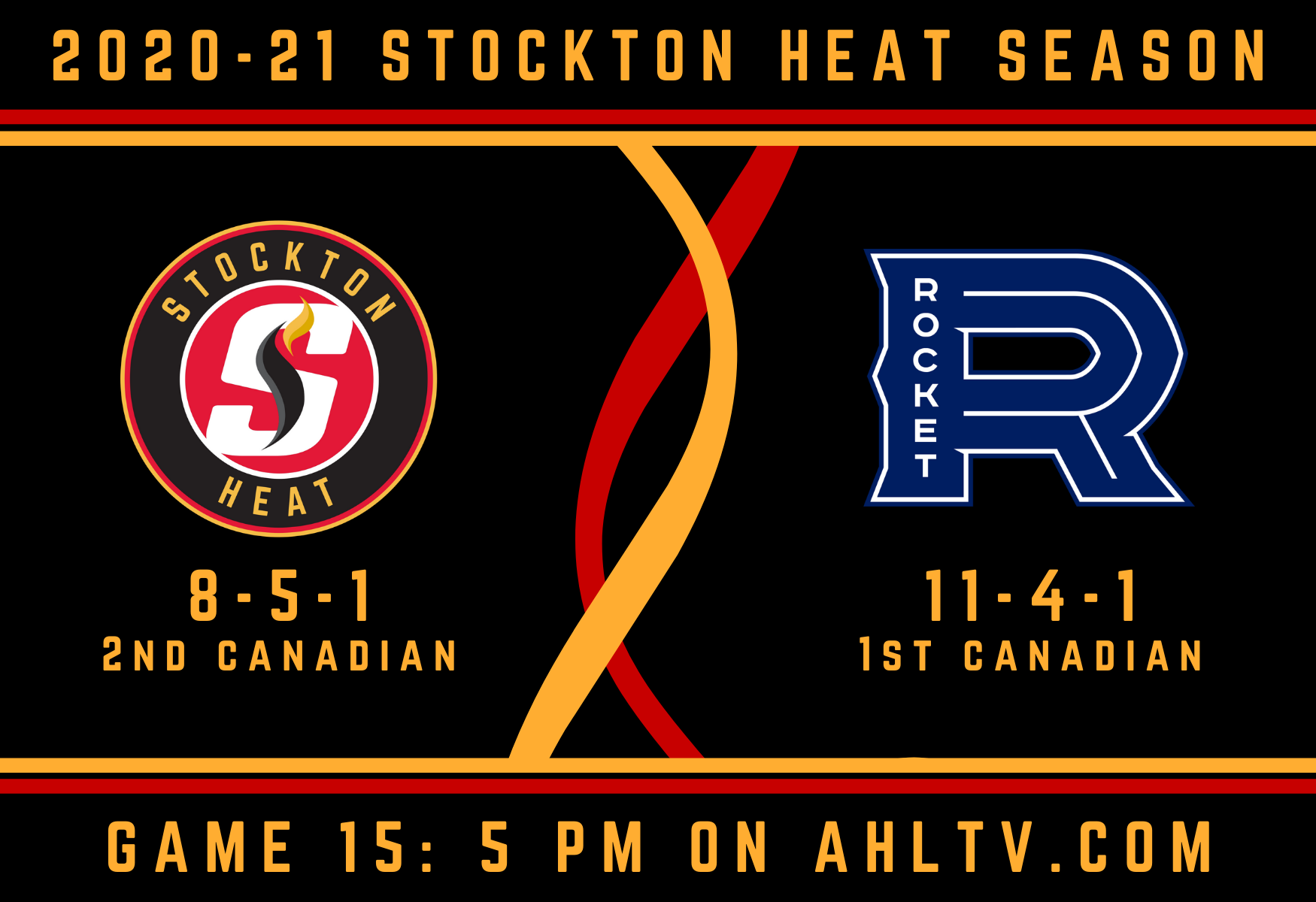 Photo credit: Graphic by Mike Gould
By Mike Gould
1 year ago
Comments
The Stockton Heat and Laval Rocket had never played against each other before this unusual, shortened AHL season.
Three meetings later, the Heat are still looking for their first victory against their Québécois rivals. Stockton has conceded four goals in each of its last four games, including all three losses to the Rocket.
Most recently, the Heat fell to Laval by a 4-1 score on Sunday afternoon. Michael Stone contributed the lone tally for the home side while goaltender Garret Sparks allowed two goals on 31 shots (Laval added two empty-netters to seal the victory).
Stockton’s biggest loss of the weekend came when Laval forward Yannick Veilleux injured Martin Pospisil with a dangerous knee-on-knee hit in the first period of Sunday’s game. Pospisil tore the MCL and MPFL in his left knee on the play.
Advertisement
Ad
Advertisement
Ad
The Athletic‘s Darren Haynes reported the AHL is reviewing Veilleux’s hit to determine whether supplemental discipline is necessary.
Prior to this four-game losing streak, the Heat won eight consecutive games and scored 36 goals over that span. That electric offensive output has recently diminished, with Stockton scoring just nine times in its last four contests.

Stockton — Justin Kirkland. After a rash of injuries, Stockton’s depth on the left wing is starting to look a little suspect:
Those three forwards have all spent significant time on the left side for the Heat this year. Kirkland is Stockton’s only remaining left-winger from opening day and, if Pettersen and Gallant remain on the shelf, he’ll likely be used in a very big role on Tuesday.
Kirkland, 24, has a goal and five points in 15 games this season. He’s been a fixture on Stockton’s penalty-killing team and has appared, at times, on the power play.
Laval — Joseph Blandisi. With 101 NHL games under his belt, Blandisi ranks among the more experienced players on the Rocket. He spent time with the New Jersey Devils, Anaheim Ducks, and Pittsburgh Penguins before joining the Canadiens’ organization in a trade with Pittsburgh on Feb. 20, 2020.
Advertisement
Ad
Advertisement
Ad
The 26-year-old product of Markham, ON scored two goals on Sunday and leads the Rocket with 13 points this season. Blandisi has been a prolific AHL scorer since he graduated from the OHL and has 10 goals and 31 points in his NHL career.

This game will be broadcast on AHLTV.com (subscription required), with the opening puck-drop set for 5:00 p.m. MT. Live game updates can be found on Twitter at @miketgould or online at TheAHL.com.