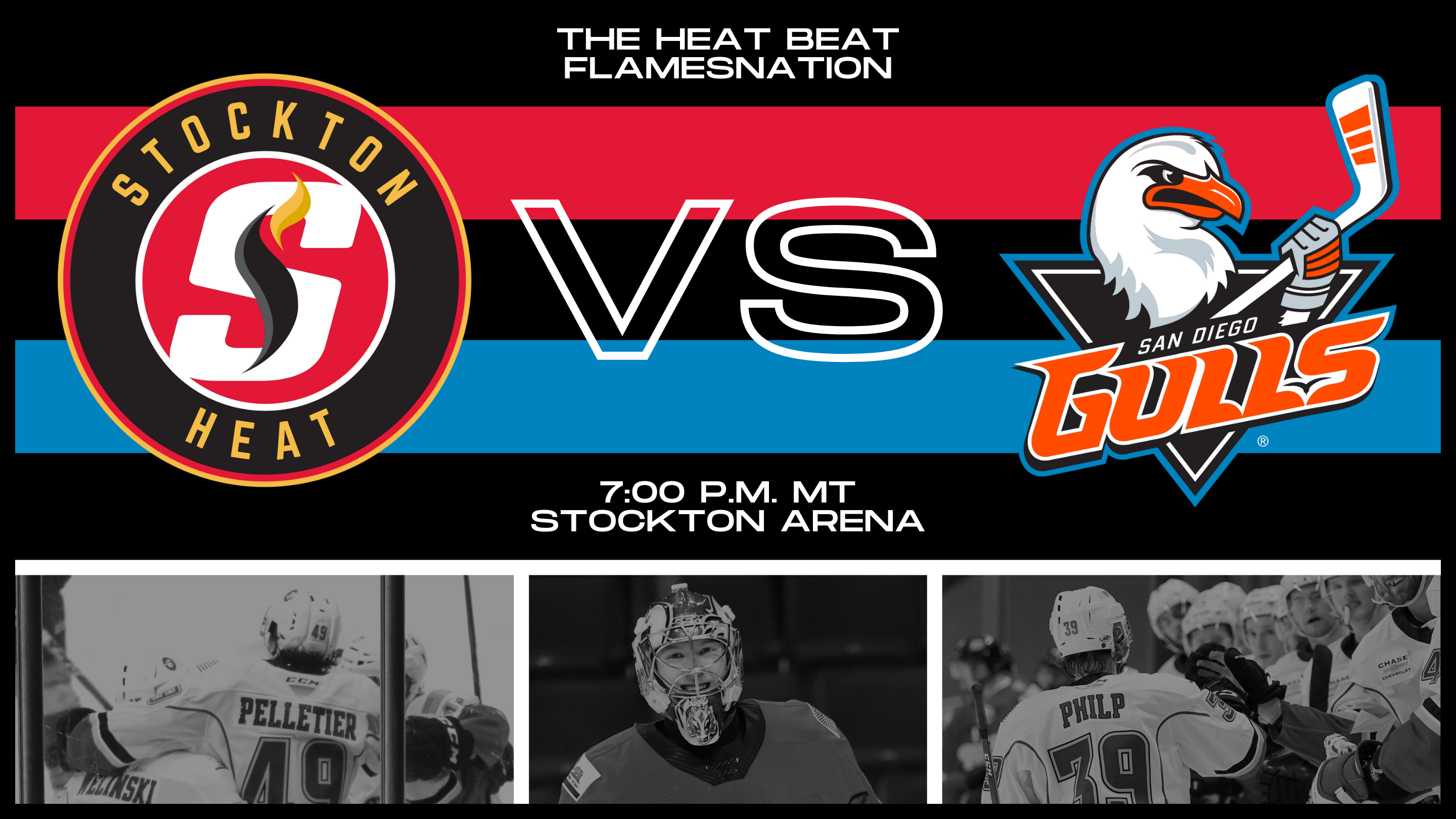 Photo credit: Graphic by Mike Gould
By Mike Gould
1 year ago
Comments
Fresh off a commanding 4–1 victory over the San Diego Gulls on Friday, the Stockton Heat will get right back at it against the same opponent on Saturday night.
@Juuso Valimaki made his season debut for the Heat on Friday but it was fellow defenceman @Connor Mackey who scored twice in the Stockton win. Valimaki picked up the primary helper on Mackey’s second goal.
@Adam Werner will likely start for Stockton on Saturday. The 24-year-old Swede has struggled as of late, having allowed 10 goals in his last two appearances, and has an .882 save percentage and a 4–2–0 record in his first six games with the Heat.
@Martin Pospisil and @Connor Zary also scored for Stockton on Friday. @Matthew Phillips (COVID protocol) remains questionable for Saturday’s game.
FlamesNation contributor Mike Gould will be in attendance at tonight’s Heat game and will provide live updates from Stockton Arena on Twitter.
Advertisement
Ad
Advertisement
Ad

Stockton — @Connor Mackey. Who doesn’t love a good ol’ friendly competition? With Juuso Valimaki now down with the Heat, it could become a mano a mano Mackey v. Valimaki fight — Valimackey, if you will — to decide which left-handed defenceman eventually goes up to join the Flames.
San Diego — Danny O’Regan. You’re not alone if you’ve never heard of Danny O’Regan, but there isn’t a single AHL goaltender who doesn’t know who he is. The 27-year-old forward has 87 goals and 231 points in 297 career American League games. In 25 NHL contests with San Jose and Buffalo, however, O’Regan has a single goal and five points. He’s the very definition of a quadruple-A player.
Advertisement
Ad
Advertisement
Ad

Saturday’s game will be broadcast on AHL TV (subscription required) and on Spreaker (audio only), with the opening puck-drop set for 7:00 p.m. MT.
FlamesNation contributor Paige Siewert will provide live game updates on her Twitter account; Mike Gould will be live on-scene at Stockton Arena posting updates and catching up with the players after the final buzzer. Additionally, you’ll be able to follow along at TheAHL.com.