Advertisement
Ad
How important has U Sports hockey become in facilitating player development? 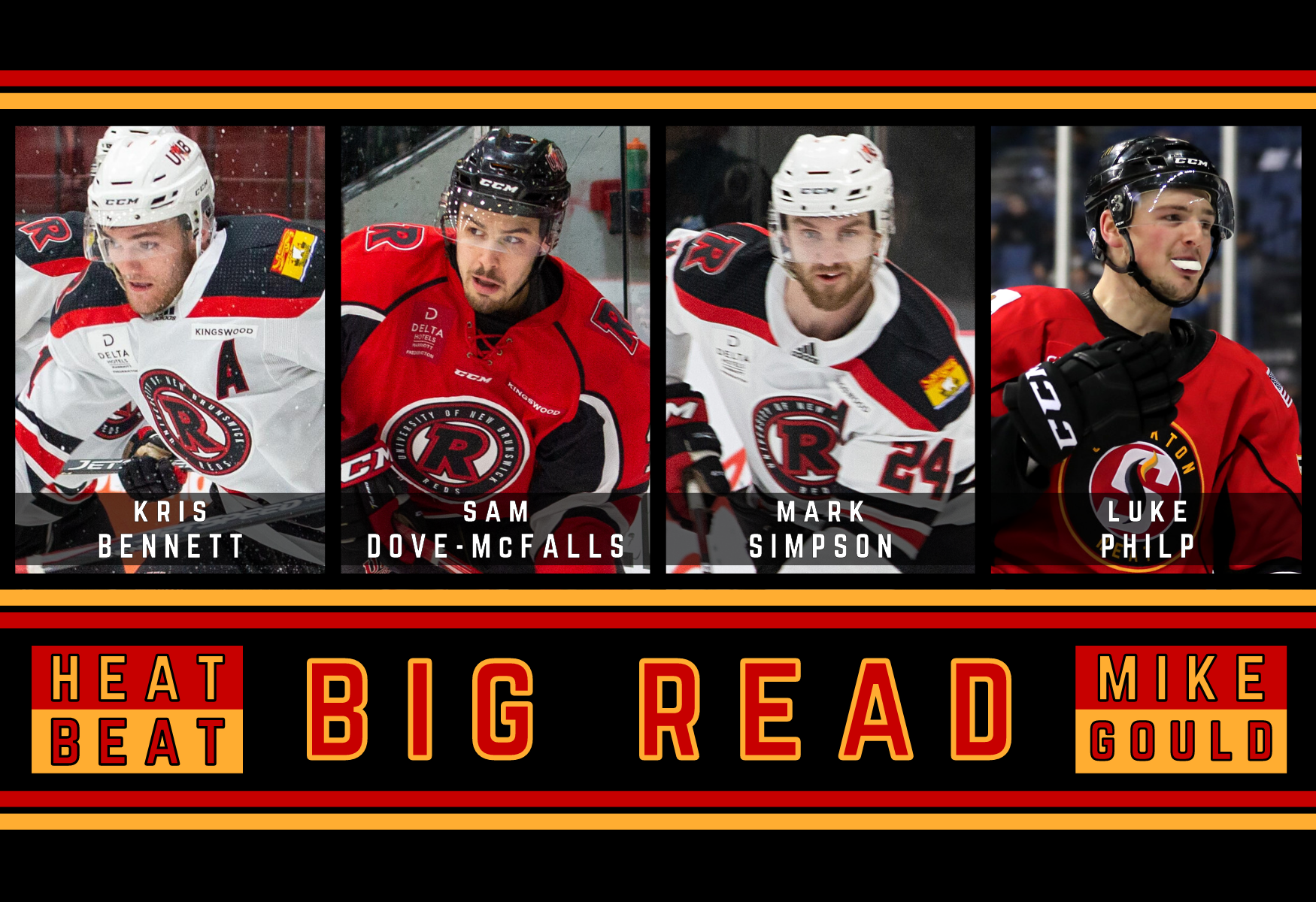 Nice tip by Simpson, fresh off a four-year tenure with the U. of New Brunswick. #AHLHeat lead 2-1 off the big centre's first pro goal. pic.twitter.com/ASPnVpy9nV

By the time Simpson beat D’Agostini again—just 14 seconds before the halfway mark of the second period—the Heat already led 5-1 and were out-shooting the Marlies by a 20-6 margin.
Advertisement
Ad
Advertisement
Ad
Despite Simpson’s second goal being less relevant to the outcome of the game, it took on a different kind of significance. It represented a collaboration between two players who took drastically different paths to reach the AHL.
Connor Zary registered the primary assist on the play. He carried the puck around the circumference of the offensive zone before hitting Simpson’s tape with a hard, accurate pass towards the slot.
All Simpson had to do was receive the puck cleanly and fire it without hitting D’Agostini squarely in the pad. He succeeded on both counts.