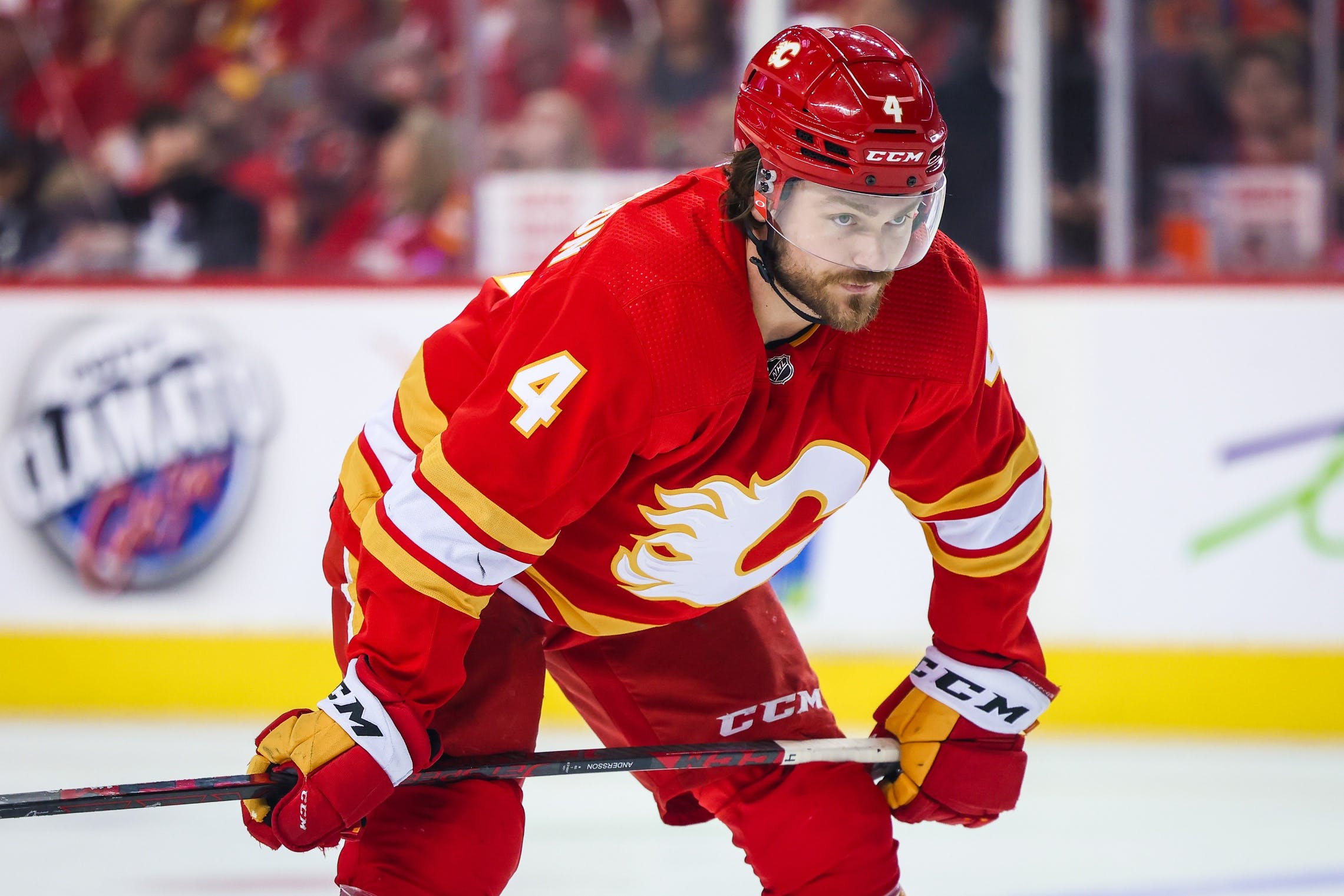 Photo credit: Sergei Belski-USA TODAY Sports
By Ryan Pike
3 months ago
Comments
The Calgary Flames have begun their 2022-23 season, starting it off with a 5-3 victory over Colorado. The victory begins a season where a lot of public analytical models have the Flames rated quite highly.
Here’s a glance at the various models and how the Flames fared via those models prior to Thursday’s season-opener.

Over at The Athletic, Dom’s model is one of the best because his visualizations make it easy to digest. He’s pretty bullish on the Flames, projecting them to lead the Pacific Division and finish just a smidge behind Colorado in the conference standings. Under Dom’s model, the Flames have the third-best chances of winning the Stanley Cup (trailing behind Toronto and Colorado).

JFresh’s model is another that’s high on the Flames, again putting them just behind Colorado in the Western Conference regular season standings. JFresh is a bit higher on the Jets and Canucks than some other models, predicting five Canadian teams to make the playoffs – Calgary, Edmonton, Vancouver, Winnipeg and Toronto.
Advertisement
Ad
Advertisement
Ad

MoneyPuck is really high on the Flames. High enough to have them as the top Stanley Cup contender going into the season. Even in terms of regular season performance, MoneyPuck is higher on the Flames than the other major models.

102 points, 5th in the Western Conference (3rd in the Pacific Division)

Should also mention that these were our final preseason standings projections (they’ll be updated on this sheet) pic.twitter.com/Z20aJ4cwRa

Admittedly a model I’m less familiar with, PuckLuck produced some interesting results. Vancouver winning the division!? Edmonton finishing as a wildcard team!? The model is bold, if nothing else.

-135 to get over 103.5 points, -750 to make the playoffs (88.2% implied probability)
The odds-makers at DraftKings have the Flames as a very likely playoff team and one of the top couple teams in the Pacific Division.

Point projections over the past fortnight*.

(The Canes dropped because I realized that I had expected Max Pacioretty back sooner than he will probably actually be back.) pic.twitter.com/9WNhKa1O0y

Playoff chances over the past fortnight*. pic.twitter.com/qQWkmaqmdu

Micah’s model is the lowest on the Flames, with just 93.4 points – it also produces zero 100-point teams. But he’s still projecting the Flames as a playoff team, albeit as a wildcard team.
Which model do you think will end up being closest to reality? Let us know in the comments!