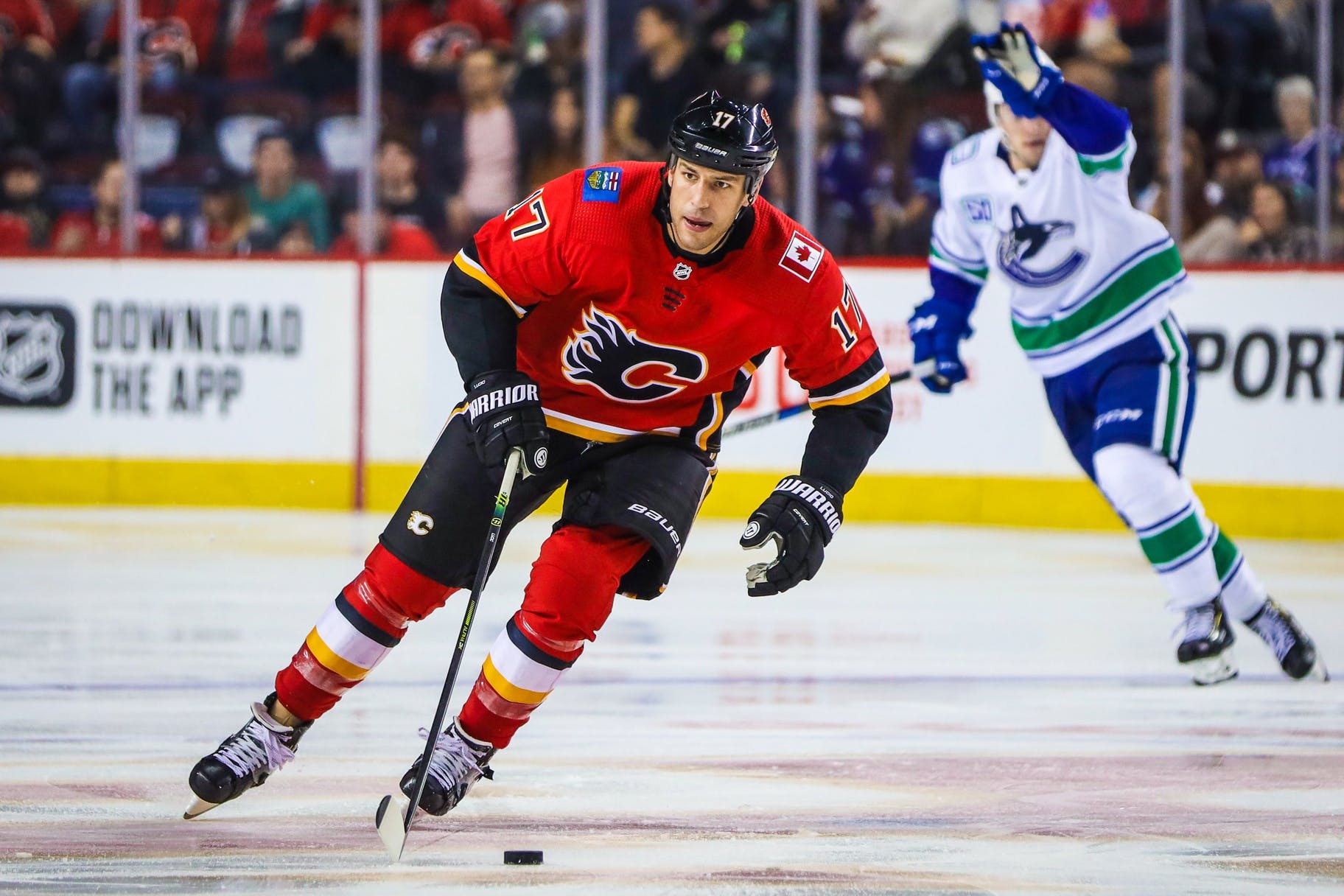 Photo credit: Sergei Belski/USA Today Sports
By Ryan Pike
3 years ago
Comments
The Calgary Flames had an off day on Monday, so Tuesday morning was the first time Milan Lucic held court with the media in the aftermath of being levied a two game suspension for roughing Columbus Blue Jackets forward Kole Sherwood. Lucic’s comments follow in the footsteps of general manager Brad Treliving’s comments on Sunday. Guess what? They both disagreed with the league’s decision.
Postmedia’s Kirsten Anderson tweeted basically the entire Lucic scrum, so head on over to her feed for the whole kitten caboodle.
But two quotes really stood out in terms of demonstrating Lucic’s mindset within that incident. First, yeah, Lucic’s physical response was very much a reaction not only to Sherwood’s stickwork in David Rittich’s vicinity but also to previous recent instances when their goaltender was the victim of stickwork.
Advertisement
Ad
Advertisement
Ad

"They even got a slashing penalty on the play. I think even Rittich said it was the second time he got slashed in three games and you have to step up for your teammates and I'm more than willing to do that. This suspension won't change that moving forward."

Ironically, Lucic was fined in April 2014 by the Department of Player Safety for spearing Danny DeKeyser.
The NHL’s suspension video noted that the fact that Lucic just up and cold-cocked Sherwood rather than engaging in a more protracted physical scrum was something that put the incident into supplemental discipline territory – in other words, grab the kid first so he at least knows he’s in a fight. Lucic was asked about the severity of his response in that situation.
Advertisement
Ad
Advertisement
Ad

Player Safety also mentioned Lucic’s history of severe physical reactions (e.g., punching people) as a contributing factor to his suspension. While supplemental discipline past three seasons can’t be used to enact the “repeat offender” multiplier, and fines can’t either, Lucic has previously been cited three times in his career for similar actions:
Supplemental discipline is meant to change player behaviour. By his own admission, Lucic “won’t change” his responses in similar situations moving forward. As discussed yesterday, the physical element is what he brings to the table more than anybody else on the roster. Given his history and his own comments, dealing with occasional brushes with Player Safety may be the cost of doing business if you value what Lucic brings to the table.
Advertisement
Ad
Advertisement
Ad