Advertisement
Ad
Post-Game: Close, but no cigar, against the Oilers 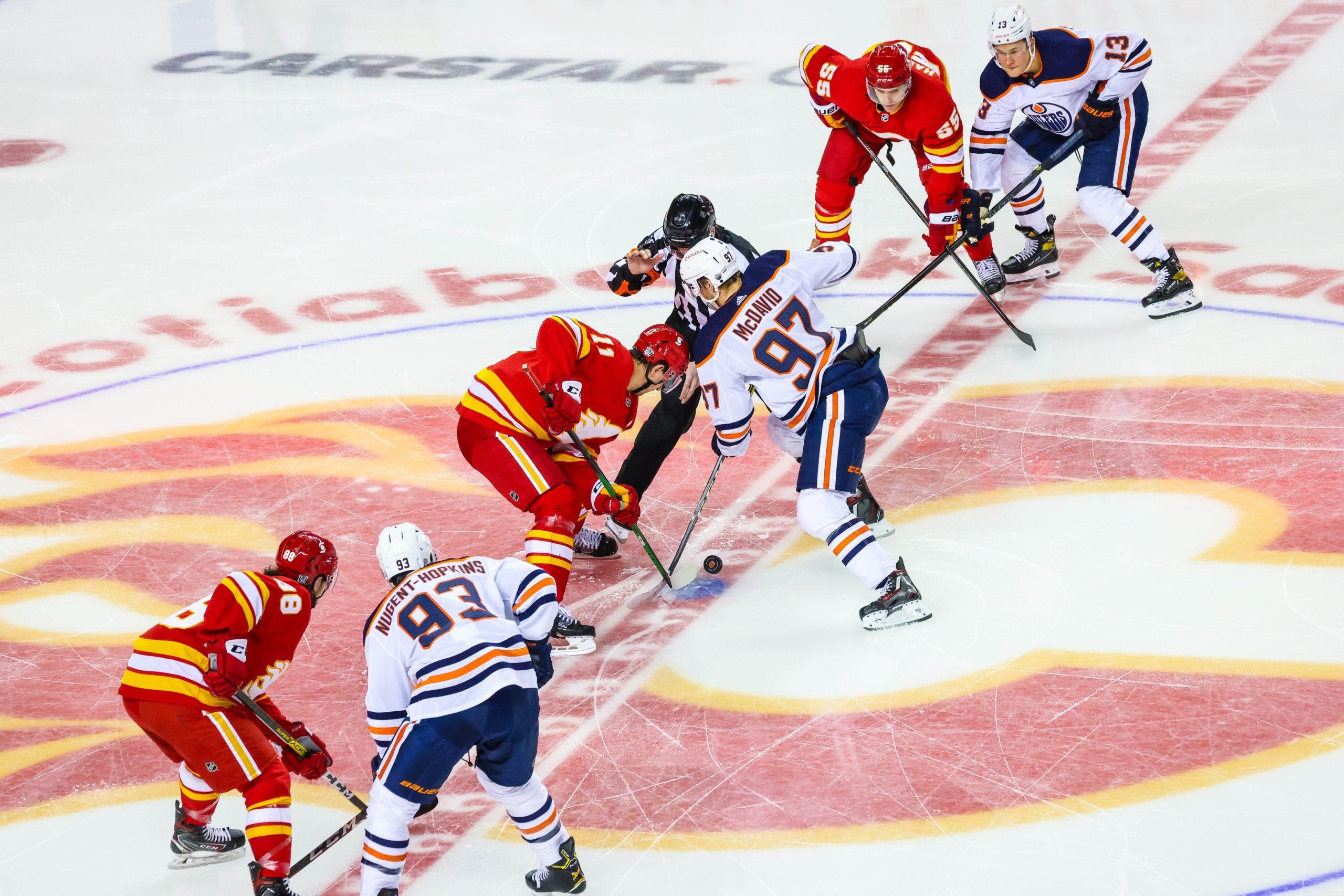 Photo credit: Sergei Belski/USA Today Sports
By Ryan Pike
1 year ago
Comments
The Calgary Flames were decent on Friday night when they hosted the Edmonton Oilers. But the Oilers played a smart, composed, structured road game. They were the more opportunistic, patient team and grinded their way to a razor-thin 2-1 victory over the Flames at the Scotiabank Saddledome.
The Flames were better than they were on Wednesday, but not quite good enough.

The Flames got off to a bit of a slow start, with the Oilers registering the first six shots of the game. They scored on the sixth one. Tyson Barrie made a nice play and found Jesse Puljujarvi all by his lonesome in front of the Flames crease. Many Flames were nearby, but none was able to disrupt the shot, which beat David Rittich to make it 1-0 Edmonton.
Advertisement
Ad
Advertisement
Ad
The Flames woke up and played a lot better after that. Shots were 10-8 Flames and scoring chances 8-5 Flames in the first period.
The Oilers responded well in the second period, but it was a bit of a gaffe by Noah Hanifin which led to the second Edmonton goal. Hanifin laid out to block a James Neal pass into the slot. The block worked, but Hanifin slid into Rittich and Gaetan Haas beat everyone in red to the loose puck and chipped it past Rittich to make it 2-0 Oilers. (The block? A good idea. The execution? Not so much.)
But the Flames answered back before the buzzer, as Johnny Gaudreau made a brilliant stick lift to steal the puck from Barrie after a dump-in, then found Rasmus Andersson. Andersson’s quick shot beat Mike Smith to cut the Edmonton lead to 2-1.
Advertisement
Ad
Advertisement
Ad

Shots were 12-6 Oilers and scoring chances 11-5 Oilers in the second period.
The Oilers did their level best to play a stifling, boring third period and try to grind out a close win on the road. It largely worked, as the Flames couldn’t generate a ton and Edmonton did their best to slow the game down and hold on for the win.
Shots were 5-5 and scoring chances 3-2 Oilers in the final period.

They had signs of life and generally played smart, structured hockey. But their execution with the puck just wasn’t up to snuff, and they didn’t do enough to force Edmonton out of their defensive shell.
Another negative? Their power play wasn’t terribly impressive.
Advertisement
Ad
Advertisement
Ad

Let’s go with Big Save Dave, who was busy and absolutely steady in net. He didn’t have much of a chance on either of the goals he allowed.

Here's another angle of Rittich's ridiculous save on Draisaitl pic.twitter.com/9QODRKcATH

The entire third period, basically. The Flames never kicked it into desperation mode and only registered a handful of shots (and few really dangerous chances).

hanifin took that one right off the pills pic.twitter.com/p3tfTwaDNO

The Flames (8-8-1) head up to Edmonton for a rematch with the Oilers. It’s the late game! 8 p.m. MT puck drop on CBC and Sportsnet.