Advertisement
Ad
Reasons not to panic for Calgary Flames fans 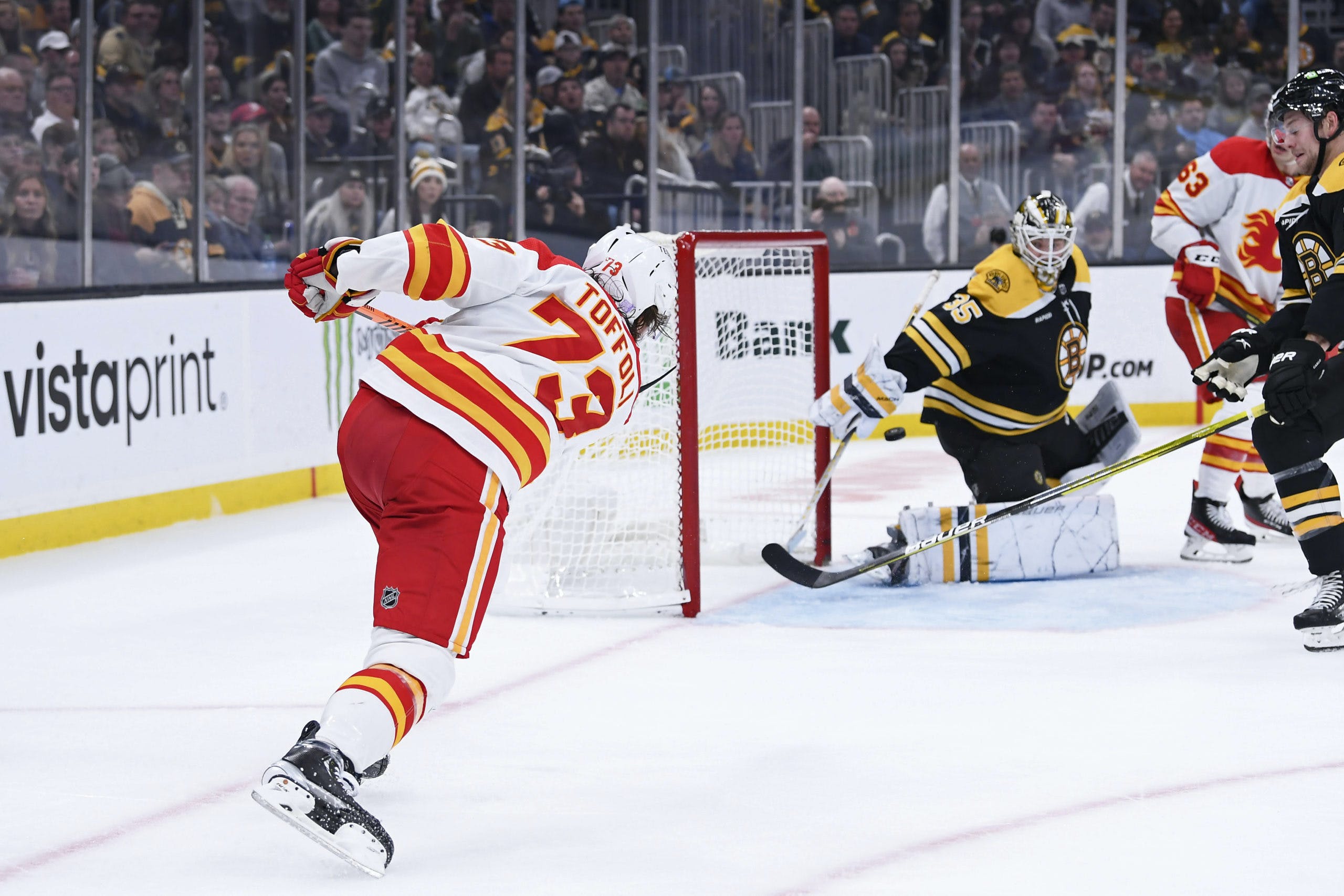 Photo credit: © Bob DeChiara-USA TODAY Sports
By Robert Munnich
2 months ago
Comments
The Calgary Flames are on a seven-game losing streak. If you were to look at social media, you’d think that the Flames are in dead last in the Pacific Division and are the worst team in the West. There are discussions around Connor Bedard, tanking for a top draft pick, and trading pieces to gain draft capital.

I say Calgary should just tank for bedard..Idc what it takes just do it! We need a generational talent in the organization of that calibre. Yes Gaudreau was a great player for our organization but we no longer have him. #flames

I’m not here to tell fans what to think. Everyone is entitled to their opinions. But I would like to present some reasons to the fan base as to why the Flames are still a very good team and will turn things around quickly.
All stats are courtesy of Natural Stat Trick

Their 5 on 5 numbers are strong

Heading into tonight’s game against the Winnipeg Jets, the Flames have been a top ten team in many key metrics at 5 on 5 during their seven-game losing streak. From October 29th to November 11th, the Flames rank 4th in CF% (56.90%), 7th in xGF% (55.66%), and 9th in HDCF% (55.65%). This tells me that the team is doing a lot of good things at 5 on 5 except actually scoring enough goals to win. The process is working, and results are going to come very soon if they keep playing this way.
Advertisement
Ad
Advertisement
Ad
There have been a number of missed opportunities by good goal scorers on the Flames on missed open nets, hitting the post multiple times a game, or fanning on pucks. During this losing streak, the Flames have the 6th worst shooting percentage (6.31%) at 5 on 5, the second worst save percentage (87.86%), and the second worst PDO in the league at 0.942.

What an incredible tip pass by Adam Ružička to Tyler Toffoli. pic.twitter.com/Wqy2DY85RD

Those percentages are going to change in the near future if they continue to produce similar shot volume at 5 on 5. That’s the way hockey goes. Like the great Ray from Trailer Park Boys once said, “sometimes she goes, and sometimes she doesn’t”. Right now, for the Flames, she’s not going.

The Flames have had leads in four games out of their seven-game losing streak. A 2-1 lead against the Oilers, 4-2 against the Kraken, 3-1 against the Islanders, and 1-0 against the Bruins. This shows that the Flames are playing solid hockey for long stretches during games. They’re not getting outplayed or dominated by any stretch of the imagination.
Advertisement
Ad
Advertisement
Ad
All they need to lock down these games are either a big save from Dan Vladar or Jacob Markstrom, or a big goal from the players in front of them. The Flames unfortunately aren’t getting that right now. But that is not from a lack of trying or opportunities.

They’ve had the most difficult schedule in the NHL

Dom Luszczyszyn of The Athletic made an interesting point in his “16 Stats” article he released this past Thursday. He mentioned that the Calgary Flames have the most difficult schedule in the NHL from an opposition perspective. Based off Dom’s projections to start this season, the Flames have played teams that will finish on average with 98.6 points. That’s 2.7 average points more than the team behind them, the Ottawa Senators.
https://theathletic.com/3793887/2022/11/10/16-stats-flames-stars-kraken/
Calgary has played Colorado, Vegas, Carolina, Edmonton and New Jersey twice, Pittsburgh, Nashville, and two teams exceeding expectations in Buffalo and Seattle. Those are some very good opponents to be facing out of the gate. The Flames schedule will continue to get easier as the season goes on which is another reason for optimism that they’ll turn things around.
Advertisement
Ad
Advertisement
Ad

They’re playing with a banged up blueline

The Flames are currently playing without Chris Tanev, Michael Stone, and Oliver Kylington. Yet they’ve been able to remain very competitive in these games with strong 5 on 5 numbers listed above, as well as outshooting opponents in 5 of their 7 loses. Tanev was on the road trip with the team to the east coast, which indicates that he is likely to return in the near future.
Once Tanev is back, things will start to get back to normal on the back end in terms of slotting which will only help the Flames get out of this losing streak. The Flames are 2-3-2 when Tanev is absent from the lineup. He is arguably one of, if not the most valuable member of the Flames. His imminent return will help the Flames get out of this funk.
Advertisement
Ad
Advertisement
Ad
Flames fans should not be worried about the long term affects this streak is going to have on the overall season. This seven-game losing streak has sucked, there is no denying that. But when you dive deep into their results, we discovered that the team is actually playing pretty well, especially at 5 on 5. All they need is one extra save, one extra goal, a bounce or two to go their way, and well see them turn things around in a hurry.