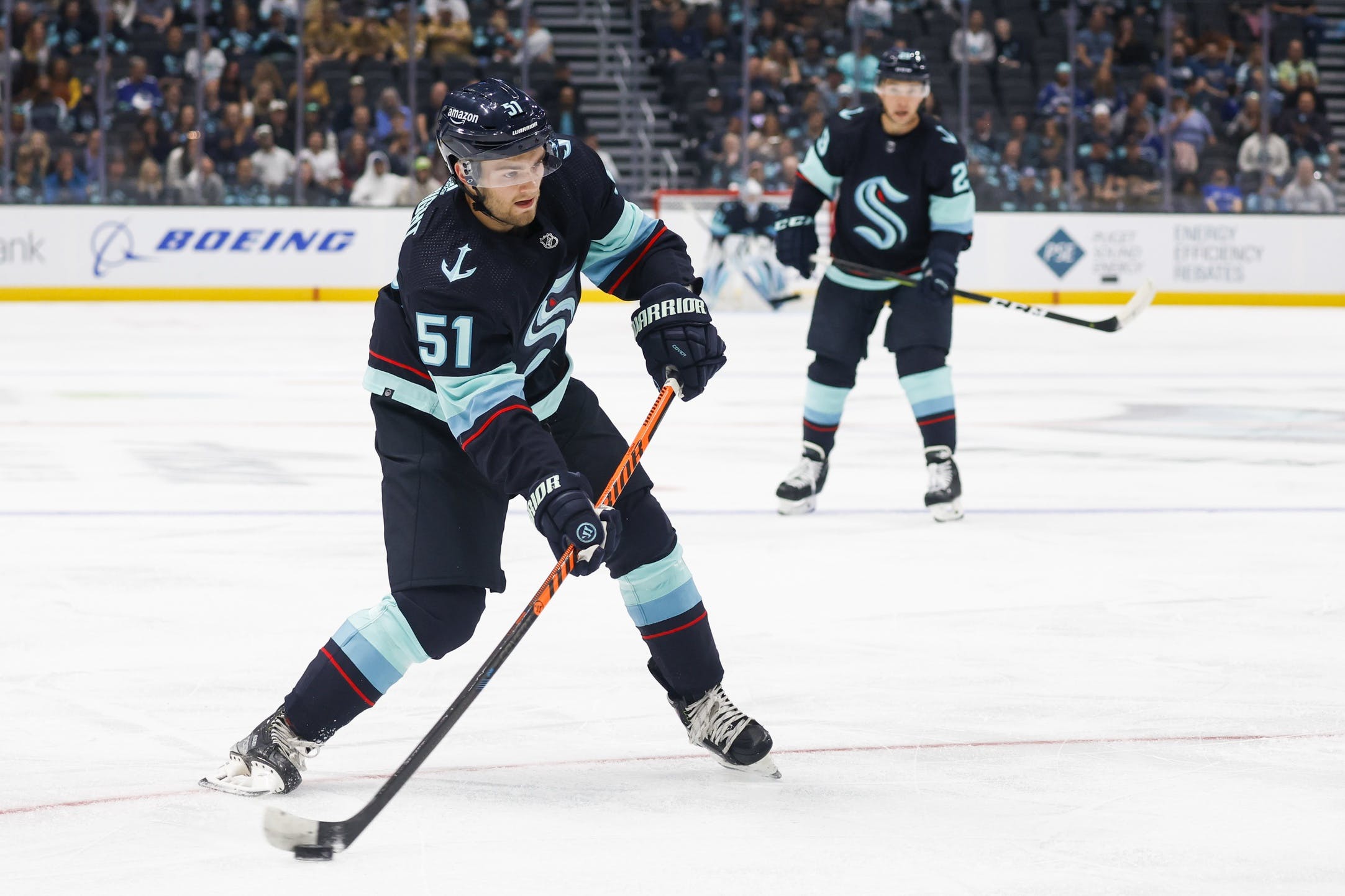 Barring anything unforeseen, Wright will be in the lineup for the Coachella Valley Firebirds when they take on the Calgary Wranglers at 7:00 p.m. MT.

The Kraken assigned Wright to the Firebirds on a conditioning loan on Nov. 20. Wright will be eligible to remain in the AHL for a maximum of 14 days before the Kraken are required to bring him back up to the big club.

Wright, 18, has one assist in seven games with the Kraken this season. The 6′ centre has averaged just 8:06 per game to begin his NHL career under Kraken head coach Dave Hakstol.

Firebirds president Troy Bodie told Seattle sports radio station 93.3 KJR on Monday that he expects Wright to play top-line minutes and in all situations at the AHL level.

The Kraken selected Wright with the No. 4 pick in the 2022 NHL Draft this past July. Despite Wright being the consensus frontrunner to be taken first overall, the Montreal Canadiens (Juraj Slafkovsky), New Jersey Devils (Simon Nemec), and Arizona Coyotes (Logan Coyotes) all elected to go in different directions before Seattle finally swooped in.

Per the terms of the NHL/CHL transfer agreement, Wright typically wouldn’t be able to play AHL games at his current age. Seattle managed to get around this restriction by scratching Wright for five consecutive NHL games, opening the window to loan him to Coachella Valley.

The Firebirds and Wranglers have already faced off four times this season. Coachella Valley defeated Calgary in back-to-back games at the Saddledome in mid-October to open the 2022–23 season; less than a fortnight later, the teams split a two-game series at Climate Pledge Arena in Seattle.

Those three wins over the Wranglers represent just under half of the Firebirds’ total through the first month of the season. The Wranglers (8–5–1) currently rank second in the AHL’s Pacific Division; Coachella Valley (7–3–2) sits in sixth place.