Advertisement
Ad
What are the Calgary Flames right now? 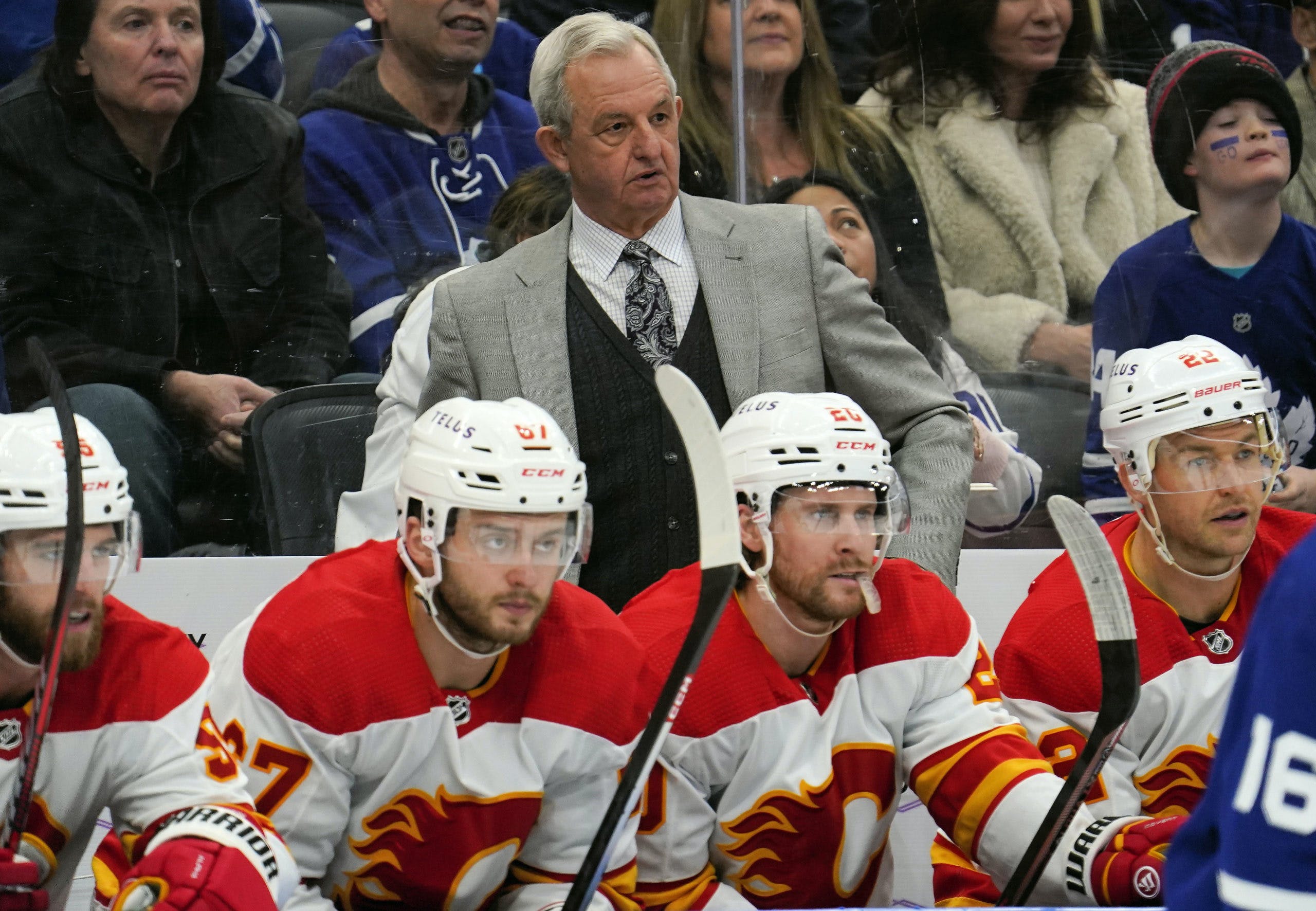 Photo credit: © John E. Sokolowski-USA TODAY Sports
By Robert Munnich
1 month ago
Comments
What are the Calgary Flames right now?
Having watched the Flames play their first 29 games of the 2022-23 season, I keep coming back to the question “what is this team?”. Are they good? Are they bad? Are they good enough to win a playoff series or two? Will they make the playoffs? I don’t have much of a definitive answer to these questions.
There are nights when they play great and look like a team that can go deep into the post season. They’ve looked great in wins against the Golden Knights, Hurricanes, Penguins, Jets and Panthers. But then there are other games when wonder if they can even make the playoffs.
Let’s dive into this question of “what are the Calgary Flames?” and see some answers from #FlamesTwitter.

The Flames are rock solid in net

Advertisement
Ad
Advertisement
Ad
There are a couple aspects of this team that we already know. First is that they are a team with strong goaltending. Jacob Markstrom has been hot and cold to start this season to say the least. But he is closer to being the guy we saw last season, and the last few weeks rather than the guy who struggled to start this season. In Markstrom’s last 5 starts he has a save percentage of 0.925%, a goals against of 2.01, and a goals saved above expected of 2.70. Markstrom has found his game and he will not be an issue for the Flames long term.

Dan Vladar makes a bunch of huge saves in this crazy sequence. pic.twitter.com/RMN4XNHUCv

Dan Vladar has turned into a solid, reliable backup goalie. He can come in and give the Flames quality minutes as he has proved this season. The goaltending is the least of their worries.
Advertisement
Ad
Advertisement
Ad

The best thing going for the Flames organization right now might be their head coach, Darryl Sutter. That’s likely an unpopular opinion among the fan base right now, but it’s true. Sutter is the best Head Coach the Flames organization has had since the late 1980’s. Sutter has taken a lot of heat recently, some of it justified. But let’s not forget that Sutter almost single handily brought this franchise back to relevancy. One way that he has done that is through implementing an up tempo, tight checking defensive structure.

Let's enjoy having a great head coach while we can. The Flames organization obviously struggles to hire them

The Flames defensive structure is good enough to win multiple rounds in the playoffs. I firmly believe that.  There are not a lot of games where the Flames give up a ton of high-quality scoring chances to their opposition. Calgary ranks fifth in the NHL in HDCA/60, sixth in xGA/60, and sixth in CA/60. They’re top ten in those critical stats, and that’s with a lot of new players still getting used to a Sutter system. This team will continue to grow on the defensive side of their game. The Flames will be a force in their own end come March and April.
Advertisement
Ad
Advertisement
Ad

One thing that has become clear is that the Flames are not close to being as dangerous offensively compared to last season. This team struggles to produce offence. They are a high shot volume team. They’ll routinely outshoot their opponents on the majority of nights. But too many of those shots come from the outside and not much comes from it.
In all situations, Calgary ranks 23rd in HDCF/60, 22nd in SCF/60 and 21st in GF/60. That is not good enough for a team who has a very small window to win the Stanley Cup.
Based off what we have seen so far and what we know, here is my best explanation for what the Flames are:
It feels like the Flames are back to being mediocre. Not good enough to win a Stanley Cup, but not bad enough to get a high draft pick. No mans land.
Advertisement
Ad
Advertisement
Ad
I asked #FlamesTwitter for their thoughts on what they think the Flames are. There were a lot of interesting answers, with the overwhelming thought that this team is mediocre.
Let us know in the comments section what you think this Flames team is right now.

Medicore. As per usual

Learning to be a new team after monumental changes.

The same as the last decade. 1 year good 1 year bad

certainly a team that plays in the NHL

The Calgary Flames are a headache for anyone who cheers for them. Finished the sentence for you.