Advertisement
Ad
Where does Tyler Toffoli fit in the Calgary Flames’ lineup? 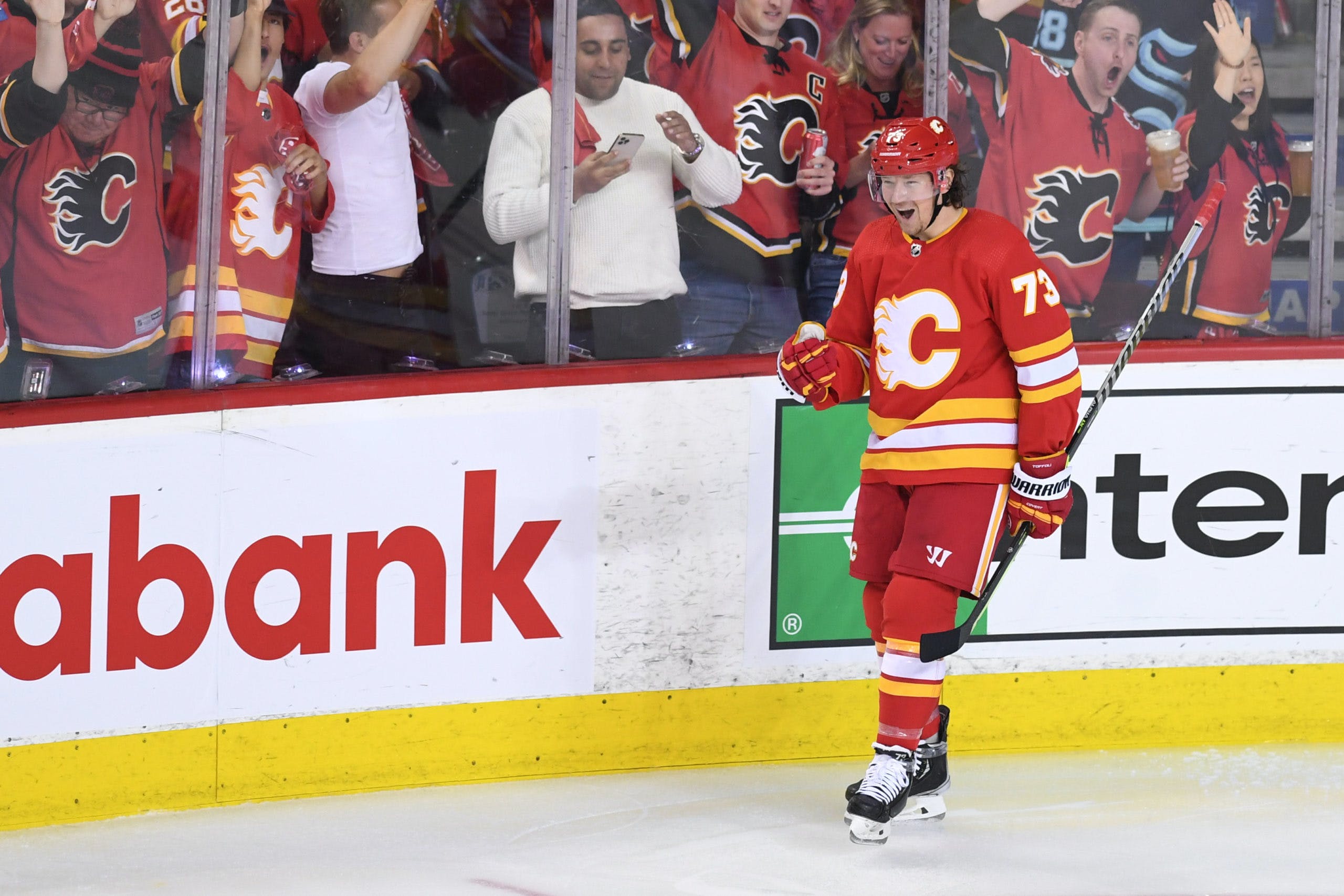 The trade paid dividends quickly as Toffoli seemed like a perfect fit in his first 22 games wearing the Flaming C scoring 18 points in 22 games. The second half was a different story as he struggled in his final 27 games, including the Flames 12 game playoff run.

Next season, the Flames will need to see the Toffoli from his first month with the team. Not the one who’s play dropped off to finish the year.

Where does Toffoli fit in the lineup?

The Flames are going to have to play Toffoli higher in their lineup If they want to get the most out of his skill set. I propose starting him on the right side of the top line with Jonathan Huberdeau and Elias Lindholm. The reason why is Toffoli struggled relative to his teammates when playing with Backlund and Sean Monahan at five-on-five last season. Backlund and Toffoli we’re outscored 10-9 when on the ice together at five-on-five on a dominant Flames team.

(Toffoli’s results at 5 on 5 with Mikael Backlund and Sean Monahan last season.)

In Toffoli’s last 15 regular season games, when he was playing predominantly with Backlund, he ranked in the bottom half of the team in some major statistical categories.

(Toffoli’s five-on-five production in his last 15 games of the regular season and ranking among 20 teammates.)

The most important part of Toffoli’s game is his goal scoring ability. That’s why putting him on a line with one of the best play makers in the NHL, Huberdeau, makes the most sense.

Huberdeau has an ability to elevate his linemates. Look no further than last season when both Sam Bennett and Anthony Duclair, Huberdeau’s two most common line mates, had massive career years. Bennett scored 28 goals in 71 games, crushing his previous career high of 18 goals in his rookie season. Anthony Duclair scored 31 goals in 74 games beating his previous best of 23 goals in 66 games in the 19/20 season.

Huberdeau seems like the perfect line mate for Toffoli and his natural scoring ability. Toffoli has scored at a 20+ goal pace in seven of his last eight seasons. He needs to continue to find the back of the net to be a positive contributor to this Flames team. He, along with some of his teammates need to make up for the goal scoring that was lost from losing Johnny Gaudreau and Matthew Tkachuk.

Based off what we have watched and the numbers, Toffoli has the best chance to succeed and score goals by playing on a line with Huberdeau and Lindholm at 5 on 5 and playing on the Flames top power play unit. It was clear from watching last season that Toffoli was not a fit with Backlund on the second line and on the third line with Monahan. Darryl Sutter needs to put Toffoli in a position to succeed. Toffoli is going to be a very important player for the Flames next season if they are to have success. Playing him in the bottom six will be setting him up for failure. He needs to play high in the lineup if the Flames want to get the most out of him.