Advertisement
Ad
Will the Flames have Milan Lucic available for Game 4? 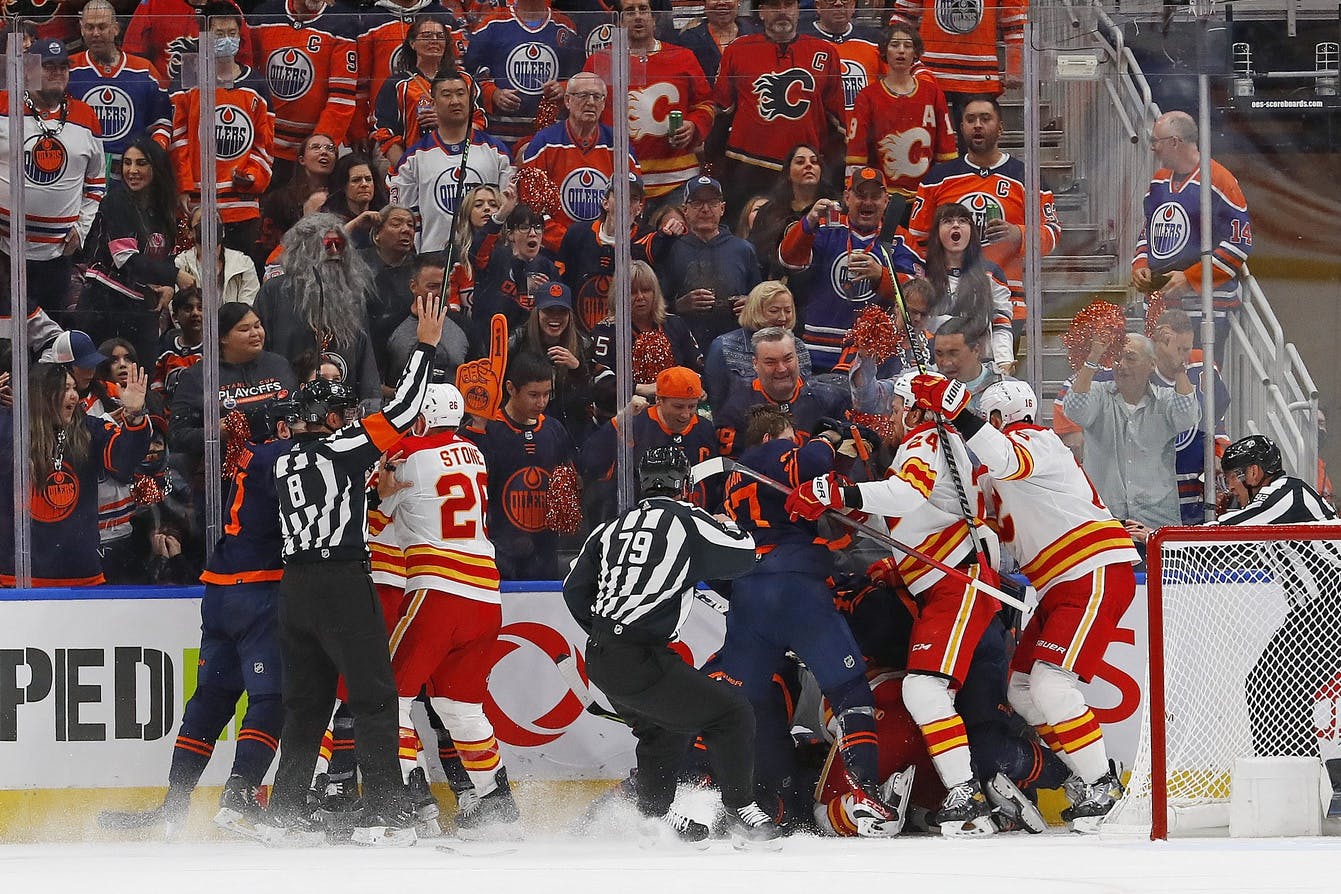 Photo credit: Perry Nelson-USA TODAY Sports
By Ryan Pike
8 months ago
Comments
The Calgary Flames could be without one of their key veterans for Game 4 – or at least that veteran may be lighter in the wallet – after an incident in Game 3 of their second round series with the Edmonton Oilers.
Forward Milan Lucic was assessed a major penalty for charging and a game misconduct for a hit behind the net on Oilers goaltender Mike Smith in the third period.
Here’s the hit:

After review, Lucic gets a major penalty for charging + game misconduct. pic.twitter.com/elp3TxbohF

Oskar Sundqvist was fined for this incident with John Gibson. https://t.co/OP9eurO5v5

This play got Eakin a four game suspension. https://t.co/JvmP1FazJW

The Department of Player Safety generally decides supplemental discipline based on a few factors:
The hit was crashing into a goaltender in a somewhat vulnerable situation fairly recklessly – Lucic seemed to pull up before hitting Smith, so calling the play predatory might be a stretch, but it was still avoidable contact that sent Smith crashing into the boards. The game was 4-0 and well out of hand for the Flames. There were no injuries. And while Lucic isn’t considered a repeat offender – his last suspension was in early 2019-20, well past the 18 month window for being a repeat offender under the CBA – but Lucic has been suspended twice and fined three times in his NHL career.
Advertisement
Ad
Advertisement
Ad
Our prediction is Lucic will be fined, but we’ll see what Player Safety decides.