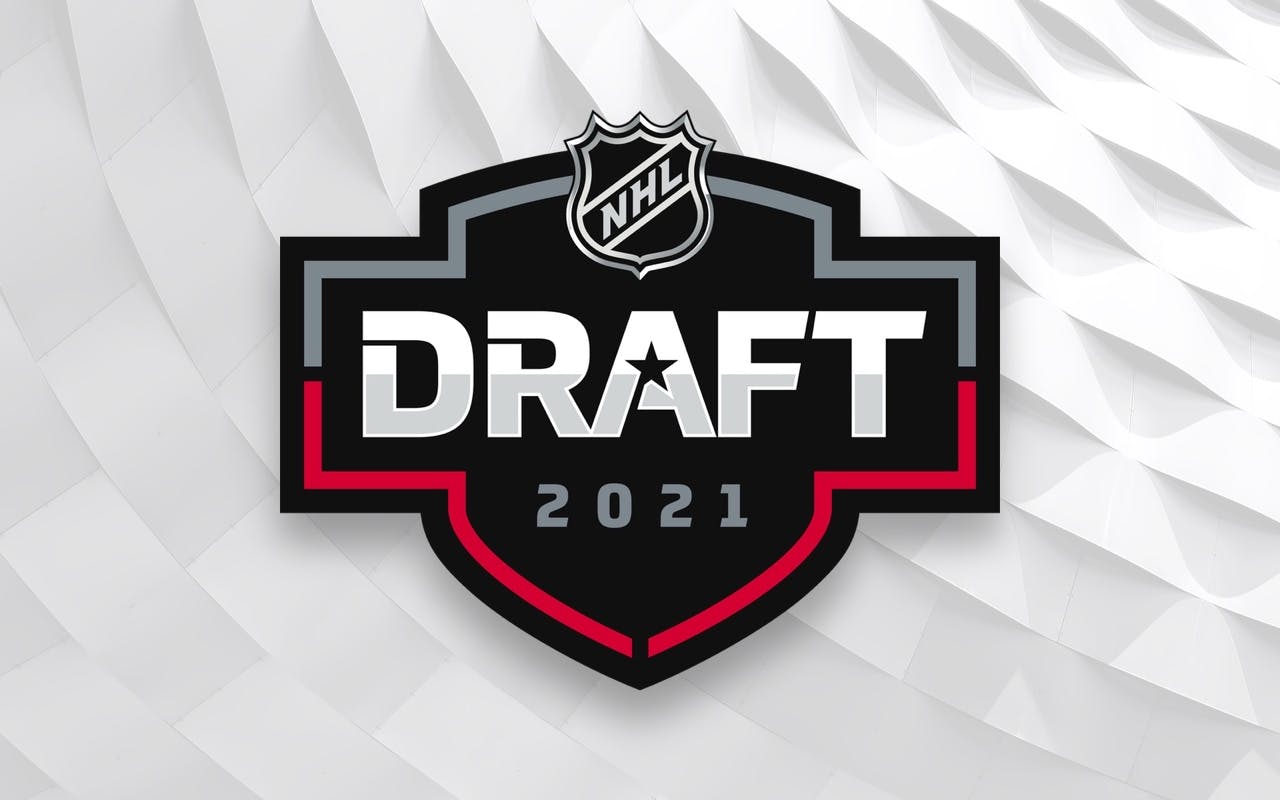 By Mike Gould
1 year ago
Comments
The first round of the 2021 NHL Draft will take place on July 23. Following the results of the draft lottery, the Flames hold the 12th overall selection and will have a chance to add a high-end prospect to their organization.
Today’s target is a speedy and productive winger who starred for Sweden at the 2021 U-18 Worlds. His name: Isak Rosen.

Rosen is a slight left-handed winger with one of the most impressive skillsets in his draft class. Standing 5’11” and weighing 161 pounds, Rosen sometimes loses one-on-one physical battles — particularly when playing against more mature players — but also frequently blows by opponents with his great speed.
Despite playing against men for the majority of the 2020–21 season, Rosen still needs to work on becoming stronger on the boards and in protection of the puck. His raw talent nevertheless cements him as a legitimate top prospect in this year’s draft, one almost universally assumed to be selected on the first day.
Rosen’s profile in Future Considerations’ draft guide (order it here) describes him as a player who “thinks the game quickly” with “a great, accurate pass and vision to match.”
Advertisement
Ad
Advertisement
Ad

Rosen always moves his feet and has the ability to create space in the offensive zone for himself or his teammates thanks to his ability to move. What makes Rosen so dangerous, even at the SHL level, is how well he can handle the puck and take advantage of the speed he has to create scoring chances. His overall puck control is good, but not high-end and not the smoothest. He displays an above-average nose for the net, getting himself open in high-danger areas and driving hard to the net. He has a hard and well-aimed shot with a quick and unexpected release. He also shows off a strong one-timer, getting a great deal of force behind it. He plays with a lot of pace in all three zones, applying the right amount of pressure on the forecheck while also hustling back hard to help out defensively.

Writing for McKeen’s Magazine, Matej Deraj lauded Rosen for his willingness to be creative with the puck and his ability to “make it all look easy.”

Since his physical strength is limited, Rosén relies on his hockey sense a lot. He uses his stick very well and outsmarts the opponent. Almost always playing with his head up, he has great playmaking abilities, he is able to find a teammate in an open spot. Looking at them is not always necessary, as he can perform a solid no-look pass, too. Nevertheless, he is more of a shooter than a playmaker and doesn’t use the aforementioned skills that much.

Rosen has been a premier goal-scoring threat in Sweden’s U-20 league over the past two seasons, amassing 28 goals and 19 assists in just 50 games with Leksands’ junior club. He scored 21 of those goals in 38 games during the 2019–20 season, giving him by far the most of any U-17 player in the league.

Fabian Lysell gets a fair amount of hype — for good reason — as a player the Flames should target at 12.

But check out Isak Rosen's stats while playing in the same league in 2019–20. (These are the top 11 U-17 players in Sweden's U-20 division). pic.twitter.com/vR7XNBwUxe

After playing 12 more games — and scoring seven more goals — in the U-20 league last season, Rosen moved up to the Swedish Hockey League with Leskands on a full-time basis. He played 22 SHL games in 2020–21 and was teammates with recently acquired Flames prospect Emil Heineman.
Advertisement
Ad
Advertisement
Ad
How did Rosen do in the pros? For one, he averaged an estimated 5:45 of ice-time per game (according to Pick224). He only managed seven shots on goal in his 22 games; Leksands was outscored 7-1 during his shifts at even-strength. Rosen registered a single primary assist in 2020–21.
Of note: Rosen was the fourth-youngest player in the SHL who appeared in at least 10 games last year. His impressive junior production suggests he likely has the talent to quickly become a contributor in Sweden’s top-tier pro league, particularly if he can keep building his strength.
Rosen led the Swedish team in scoring at the 2021 IIHF U-18 World Championship, tallying seven goals and adding two assists in seven games. Only Matvei Michkov and Connor Bedard bested his goal total at the tournament.
Advertisement
Ad
Advertisement
Ad

Rosen is capable of playing both wings and scores plenty of goals. The Flames are in desperate need of versatile, productive forwards. Where Rosen fails to differentiate himself from many of the Flames’ existing prospects is with his size: Calgary already has plenty of young forwards listed under 6′ and 170 pounds. Of course, skill and will can do plenty to offset physical differences — and it’s not at all uncommon for players to bulk up after being drafted.
Here’s a look at where the major draft evaluators rank Rosen within the 2021 class:
McKeen’s Hockey — 18th
Future Considerations — 16th
The Athletic (Corey Pronman) — 35th
The Athletic (Scott Wheeler) — 25th
Dobber Prospects — 20th
TSN (Bob McKenzie) — 23rd
TSN (Craig Button) — 24th
Sportsnet (Sam Cosentino) — 22nd
Neutral Zone — 23rd
Draft Prospects Hockey — 28th
NHL Central Scouting (European Skaters) — 8th
Recruit Scouting — 22nd
EliteProspects.com — 24th
Smaht Scouting — 17th
Advertisement
Ad
Advertisement
Ad
If the 2021 draft unfolds as the majority of onlookers predict, Rosen will be a virtual lock to go in the mid-first round. Given the Flames’ partiality to Swedish players — and how heavily they scout that particular region — it’s possible they decide to take a swing with him.