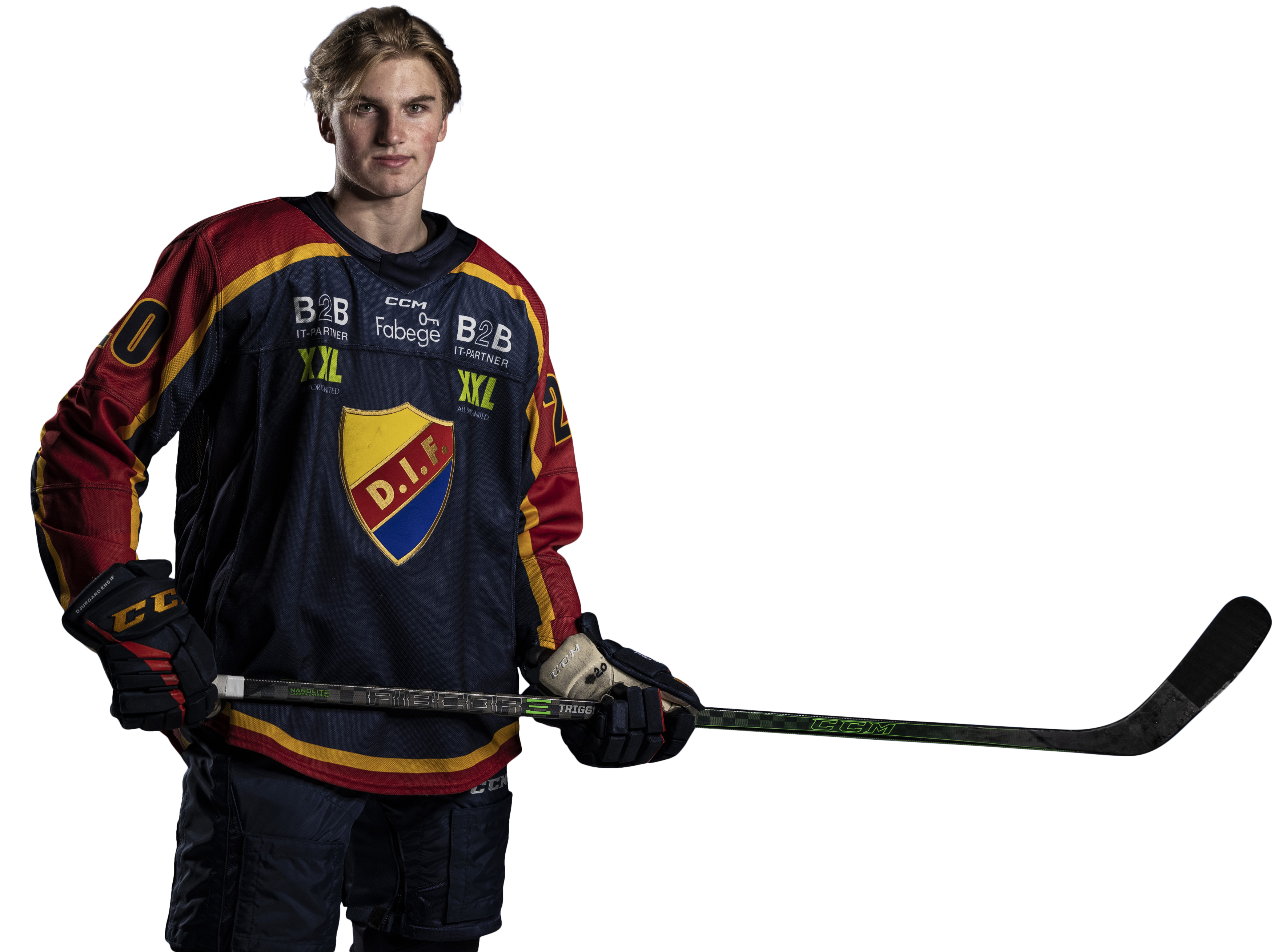 By Colton Davies
5 months ago
The Swedish Hockey League and Swedish hockey system have produced a number of talented defencemen over the last handful of NHL Drafts. Whether be the large and physically imposing Victor Hedman, or the smooth-skating offensive dynamic that Rasmus Dahlin possesses, Sweden has done something right when it comes to producing elite blueliners.
Defenceman Calle Odelius is another name who could be available at the 59th selection.

Odelius was born in Sodertalje, Sweden and stands 6’0″ and weighs 185 pounds. While he was born in Sodertalje, he grew up playing hockey in the top Swedish hockey program, Djurgardens. He currently plays on a team that boasts a couple of other draft-eligible players which include Jonathan Lekkerimaki and Liam Ohgren, but Odelius has made a name for himself as another 17-year-old to dominate the J20 competition. Odelius has not made it clear whether or not he has intentions to come over to North America to play major-junior hockey. His Candian Hockey League rights are held by the Kitchener Rangers of the Ontario Hockey League.
Here’s Eetu Siltanen of Dobber Prospects talking about Odelius’s game:

Odelius also has good puck skills which help him to elude forecheckers before moving the puck up ice. However, he doesn’t possess the best skating speed and mostly relies on passing in transition, which isn’t necessarily a bad thing. He constantly executes high-IQ plays and is solid without the puck as well. Even though he might lose his mark in the defensive zone from time to time, he defends the rush well, closing the gap nicely.

Here’s Scott Wheeler from The Athletic who ranked Odelius 50th on his rankings:

Odelius is a steadying, calculating two-way defenceman who plays a head-on-a-swivel game built upon snuffing plays out defensively and advancing play back the other direction. He’s not a dynamic on-puck carrier or creator in the offensive zone, but he’s prolific at moving the puck from A to B either with precision first passes or comfortable north-south carrying. He’s also got a strong, strong athletic foundation and a balanced skating posture (he’s one of the better backwards skaters in the draft for me) that allows him to manage the rush, quickly move from accepting a pass into sending one while on the heels of his skates, and leverage his strong frame to its fullest in engagements. He doesn’t project as a top-end player but his game’s impressive control and efficiency could well make him an everyday NHL defenceman.

Here’s Chris Peters from Daily Faceoff who ranked Odelius 52nd on his rankings:

A smooth-skating two-way defenseman, Odelius put up strong numbers in Sweden’s U20 league and got limited action in the top pro level. The tools are there for Odelius to be a higher-end defenseman in this class, but I have some concerns about his overall offensive upside and hockey sense. His reads and anticipation only looked OK to me in live viewings this year, but I think there’s a foundation of skills that show NHL upside.

Odelius shows definitive signs of untapped potential. With the right development group, they could mould him into becoming a regular NHL defender at the top-four level. With his recent performances on the international scene, Odelius has been able to catch the eyes of scouts for being able to show up and play in big-game situations. Much like fellow Swede and a former second-round pick, Oliver Kylington, Odelius would likely come out of his shell once he arrived in North America.

Odelius grew up playing hockey in the Djurgarden’s program. A highly decorated Swedish hockey program that has produced the likes of Mats Sundin, Niklas Kronwall and 2022 Stanley Cup champion Gabriel Landeskog. This past season, Odelius had his best season-to-date. While playing in the J20 Nationell circuit, he put up 30 points in 43 and two points in six playoff games. Throughout the year, he also got called up to the SHL and suited up for seven games.
He represented Sweden at the IIHF Under-18 World Junior Championships and had three points in six games to help capture a gold medal.

Odelius would be a solid pickup at the 59 mark for the Flames and possesses a number of qualities that would likely be attractive to Brad Treliving and Flames management, however, a number of other teams are likely eyeing up the Swede.
Here’s a snapshot of where he is ranked:
Daily Faceoff: 52nd
The Athletic (Scott Wheeler): 50th
Elite Prospects: 15th
TSN Bob McKenzie: 36th
TSN Craig Button: 27th
FCHockey: 40th
Smaht Scouting: 17th
Dobber Prospects: 21st
He’s good, but there’s no guarantee that he’ll be available at 59th overall.