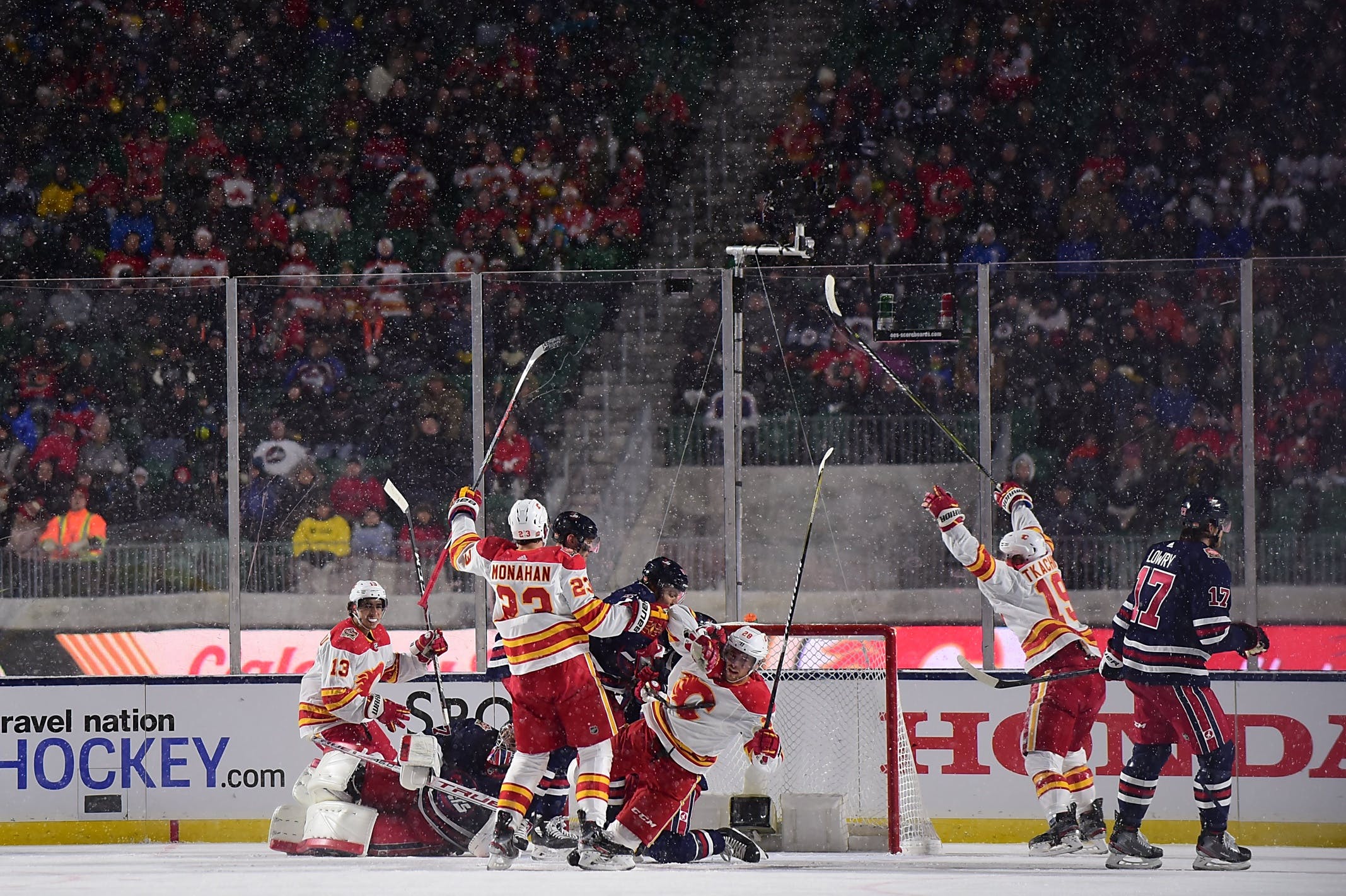 By Ryan Pike
1 month ago
In 2023, the Calgary Flames and Edmonton Oilers will be taking things outside.
Per a report from Sportsnet’s Elliotte Friedman on Saturday’s 32 Thoughts intermission segment, the Battle of Alberta will be featured in the 2023 Heritage Classic, hosted in Edmonton in October 2023. (OilersNation’s Jason Gregor originally reported the Edmonton hosting detail last week.)
The event commemorates the 20th anniversary of the original Heritage Classic between Edmonton and Montreal back in 2003, an event that kicked off the NHL’s love affair with outdoor games.
This will be a third appearance in an outdoor game for both clubs. Both clubs have played Montreal and Winnipeg in outdoor games in the past.
Calgary and Edmonton are, of course, two hockey clubs with a lot of love for each other. This is their first meeting in an outdoor game, but they’ve played each other 258 times in the regular season and in six series in the Stanley Cup playoffs – most recently last spring, when Edmonton beat the Flames in five games in the second round.
Now, the Flames will seek revenge. And revenge is apparently a dish best served outdoors.
We’ll have more on this story, including scheduling, ticketing and jersey information, as it becomes available.
News
Recent articles from Ryan Pike