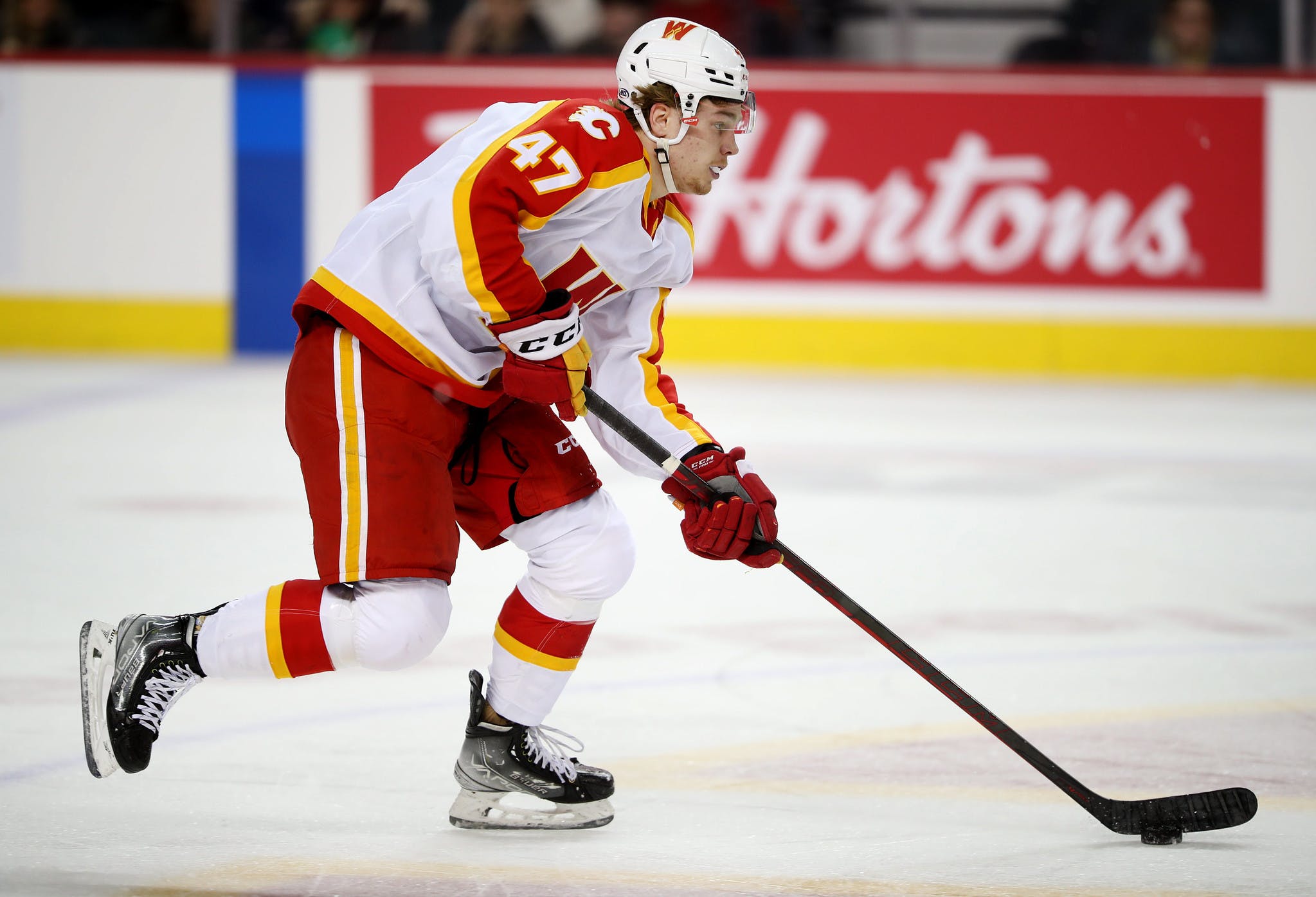 By Ryan Pike
17 days ago
Over at The Athletic, one of their prospect gurus, Corey Pronman, has put together his mid-season update to the annual ranking of the top players and prospects under the age of 23. The list features 154 players, with five Calgary Flames prospects landing on the ranking.
Pronman puts a lot of work into these, so we’ll just tease you with where the Flames’ players ranked (and where they were in his last list back in August):
Head on over to The Athletic for the full breakdown, including Pronman’s scouting report for most of the top-ranked prospects.
Zary as the top-ranked Flame is a bit of a surprise, but he has been super productive for the Wranglers and has played a really smart, consistent game. Coronato has had a great sophomore year with Harvard. Pelletier just got his first NHL recall and was among the AHL’s top scorers when he was called up. And Wolf? What’s left to say about Wolf? He good.
Relative to each other, do you think the Flames’ under-23 prospects are in the correct order? Who’s missing? Let us know in the comments!
Editorials
Recent articles from Ryan Pike