A brief history of Brad Treliving at the trade deadline 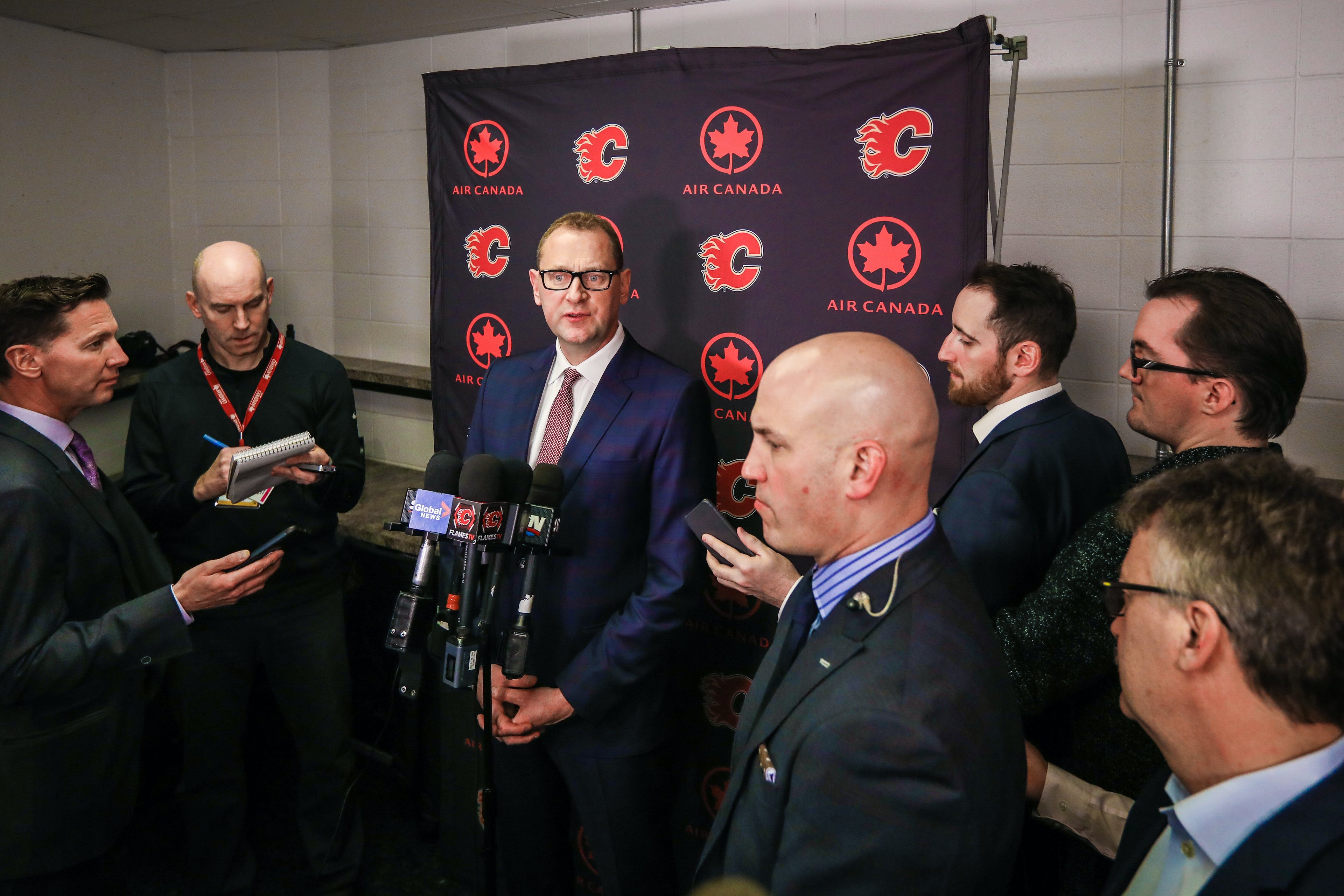 By Ryan Pike
10 months ago
They say the past is a great predictor of the future. Calgary Flames general manager Brad Treliving has been at the helm of the club for seven trade deadlines. As we prepare for the checkered flag to drop on this trading season, let’s delve into Treliving’s deadline history.

The 2015 trade deadline was on March 2. The Flames were tied for third place in the Pacific Division with Los Angeles, and just eked ahead on tiebreakers at that point. They were three points behind the final wildcard spot, so their playoff lives weren’t assured.
With Mark Giordano suffering a bicep injury five days before the trade deadline, Treliving opted to make strategic moves. He sold off pending free agent Curtis Glencross to Washington for a pair of draft picks, and swapped disgruntled youngster Sven Baertischi to Vancouver for a 2nd-rounder after he had requested a trade. He shored up his blueline group with a waiver claim on David Schlemko, too.

The 2016 trade deadline was on February 29. The Flames were 13 points out of the final wildcard spot and their goose was thoroughly cooked.
Accordingly, Treliving engaged in a sell-off:

The 2017 trade deadline was on March 1. The Flames were in the first wildcard spot with a six point cushion on the best non-playoff team, and they were two points out of a divisional spot.
Treliving made three moves: He signed free agent blueliner Matt Bartkowski (which gave the team depth and allowed them to meet expansion requirements), traded a pair of picks for Michael Stone, and flipped Jokipakka and a draft pick to Ottawa for Curtis Lazar and minor leaguer Mike Kostka.

The 2018 trade deadline was on February 26. The Flames were tied with Los Angeles for the final wildcard spot, but were behind them on tiebreakers. They were one point outside of the divisional playoff spots.
The Flames claimed Chris Stewart off the waiver wire, and traded a late pick to Ottawa for Nick Shore.

The 2019 trade deadline was on February 25. The Flames were leading the Pacific Division by three points. They were 25 points up on the best non-playoff team.
They made one move, shoring up defensive depth by sending a conditional pick to Los Angeles for Oscar Fantenberg.

The 2020 trade deadline was on February 24. The Flames were tied for the first and second wildcard spots (they were first based on tiebreakers) but just a point above the best non-playoff team.
The Flames made three moves, all involving blueliners. Derek Forbort (from Los Angeles) and Erik Gustafsson (from Chicago) were both added for conditional picks, while Brandon Davidson was traded to San Jose for future considerations. (The Flames didn’t waive Davidson the day before because they weren’t sure how many of their trades would work out, but then Davidson needed a place to play once both of their defender moves panned out on Monday morning.)

The 2021 trade deadline was April 12. At that point, the Flames were six points out of the final divisional playoff spot.
As a result, the Flames did a strategic sell-off. David Rittich was sent to Toronto for a pick, while Sam Bennett and a late pick were packaged for Florida for prospect Emil Heineman and a pick.