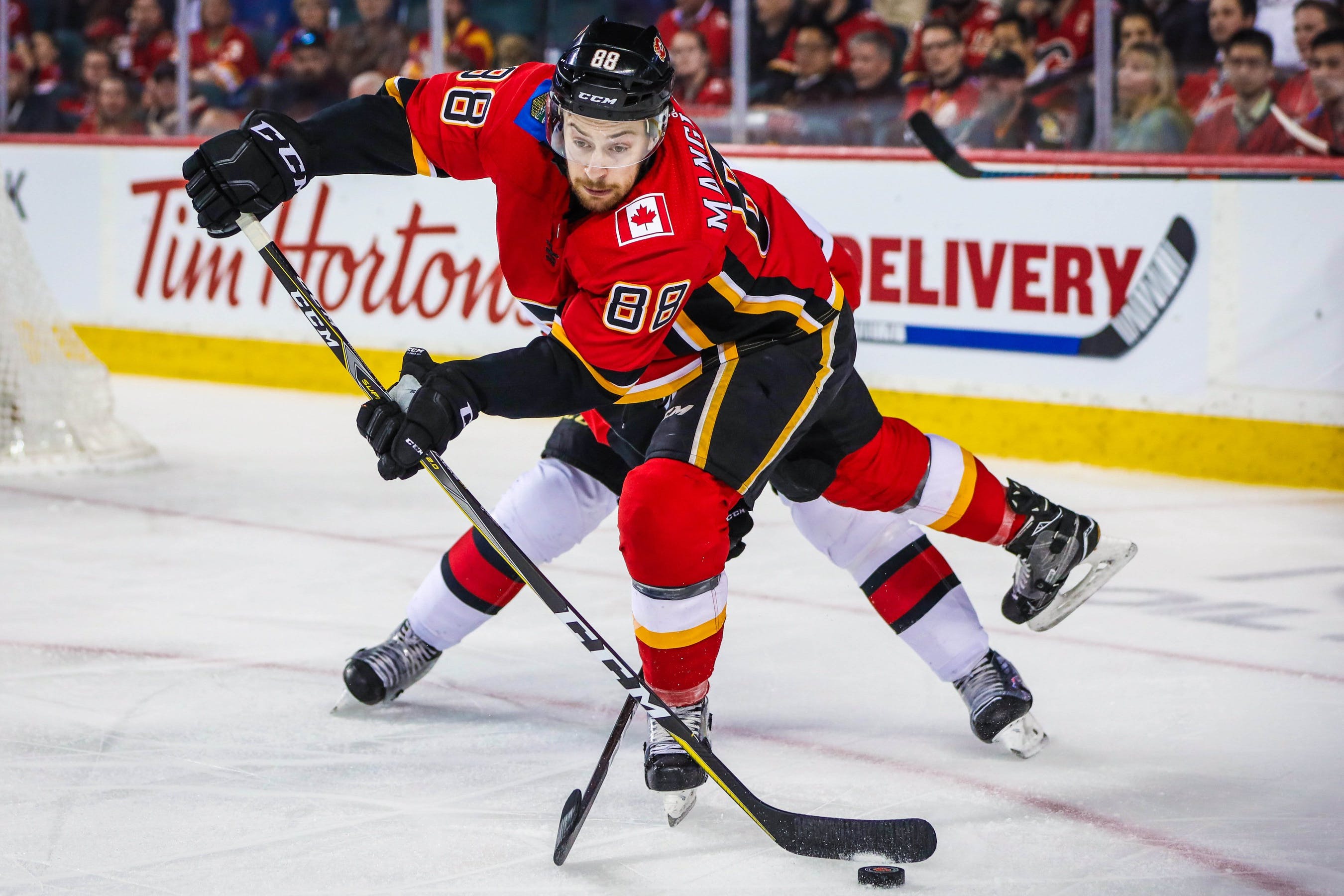 By Paige Siewert
1 year ago
Calgary Flames forward Andrew Mangiapane emerged from a six-day travel quarantine and made his presence known on Latvian ice on Wednesday. After wrapping up the regular season with the Flames, Mangiapane hopped on a plane the following day to represent his home country for the first time in his hockey career. In his first game for Team Canada, he found his way on the scoresheet to help the team achieve a 4-2 victory over Norway at the IIHF World Championship.
Mangiapane was impossible to miss on the ice. He spent the game on Canada’s top line alongside Connor Brown and Team Canada captain, Adam Henrique, who was named the Canadian player of the game. They seemed to develop immediate line chemistry that earned their line a goal 22 seconds into the game. Brown attested to this in telling IIHF media post-game,

“He helped our offence a lot. He creates a lot out there, thinks the game really well, attacks the middle. He made a lot of great plays, so he was big key for our offensive boost today.”

Canada, who had lost three games in this tournament, may not have expected Mangiapane to be their apparent secret weapon. However, Flames fans or even other Canadian Division fans who saw a lot of number 88 this year can attest to what he adds to the offense.
Andrew Mangiapane came off a career year with the Flames matching his point totals from last season with 12 less games played. He was arguably one of his team’s most consistent players that did not seem to slow down amid a mid-season coaching change. The 25-year-old forward earned 32 points in 56 regular season games with 18 goals and 14 assists.
In Canada’s victory, Mangiapane earned 15:49 of ice time and even with just one goal, played like he was rolling on a multi-point game. He was all over the ice, making things difficult on Norway. His goal in the second period earned Canada their lead back and would go on to be the game-winning goal. This offensive spark is much needed for the Canadian team going forward as they hope to make a comeback in the rankings after their slow start.
Canada and Norway are tied for sixth in the IIHF Group B standings with 1-3 records after today. Canada opened the tournament with a 2-0 loss to the hosting Latvian team, then fell 5-1 to USA and lost 3-1 to Germany in the following game. Canada is uncharacteristically at the bottom of a few of the tournament statistics such as scoring efficiency and power play percentage even after today’s win.
Canada’s next game will be on Fri., May 28 against Kazakhstan at 7:15 a.m. MT and can be seen on TSN.
Uncategorized
Recent articles from Paige Siewert