Andrew Mangiapane’s agent: ‘He’s quite willing to stay on a longer term deal’ 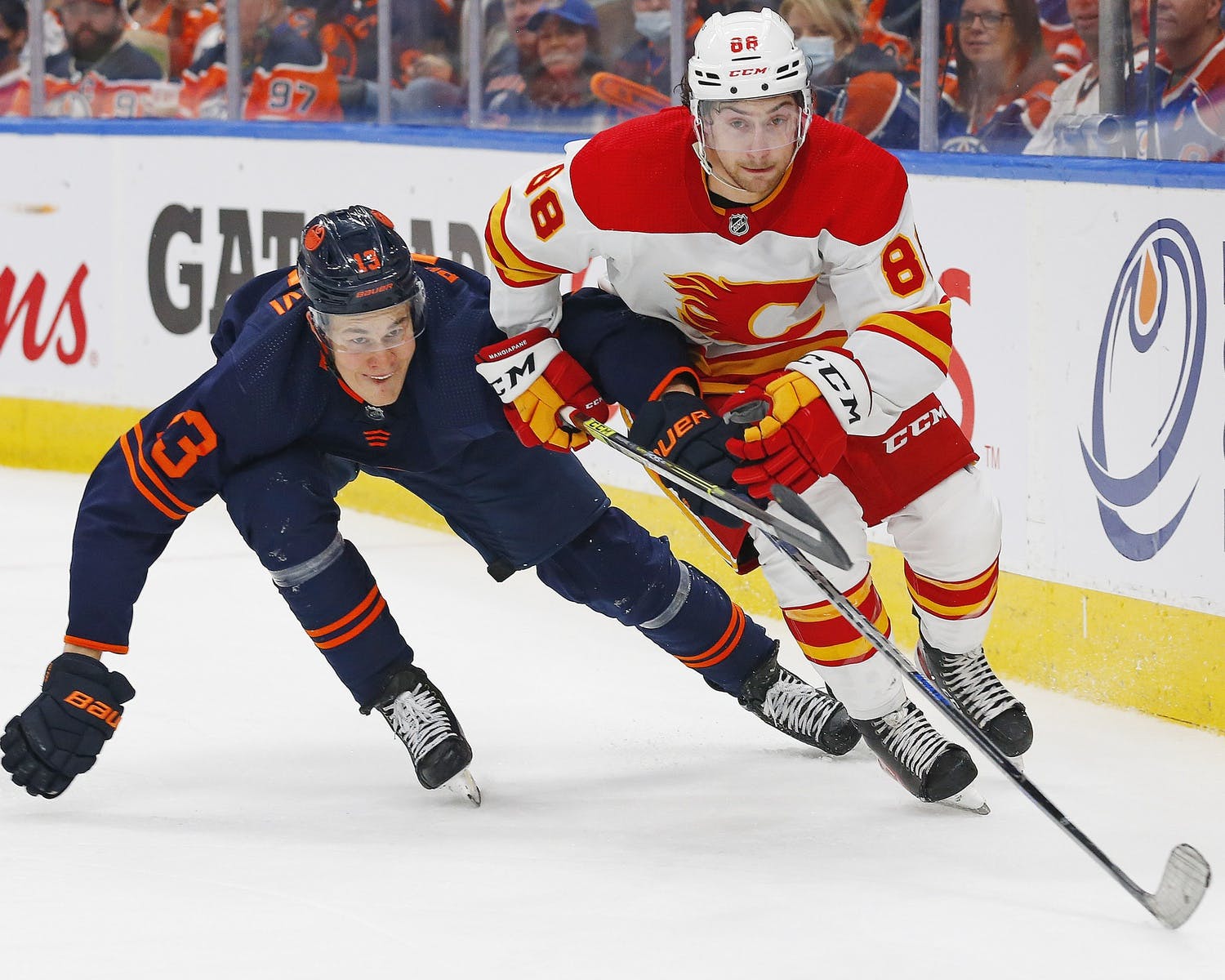 By Ryan Pike
6 months ago
With the departure of Johnny Gaudreau to the Columbus Blue Jackets, Calgary Flames winger Andrew Mangiapane has by default become the number one left wing on the club’s depth chart. And Mangiapane’s opportunity has him eyeing a long-term deal with the club, per his agent Ritch Winter on Monday’s edition of the Eric Francis Show on Sportsnet 960 The Fan.
After describing the three things that are important to players in negotiation – opportunity, lifestyle, and money – Winter confirmed that Mangiapane has submitted a proposal on a longer-term deal.
“He said to them he’s quite willing to stay on a longer term deal.”
Mangiapane, 26, is a restricted free agent who has filed for salary arbitration. He’s coming off a 35-goal season despite playing almost exclusively on the shutdown line with Mikael Backlund, the second unit power-play, and a secondary penalty-killing unit. He was excellent last season and he’ll undoubtedly get a bigger role with the Flames next season – it’s hard to imagine that the Flames will find a better left side option than they have in Mangiapane.
Winter’s chat with Francis was really fascinating, with Winter laying out the incentive structures for players in these types of negotiations and explaining why Mangiapane would be willing to stick around for awhile.
“I have a lot of faith, and so does Andrew, that certainly in the short-term – three, four years – this team’s going to be a very good team to be a part of, and that’s why he’s suggested to the Flames that he would certainly sign for a little bit more term than just his one-year arbitration award.”
Mangiapane’s arbitration hearing has yet to be scheduled, but will be sometime between July 27 and Aug. 11.