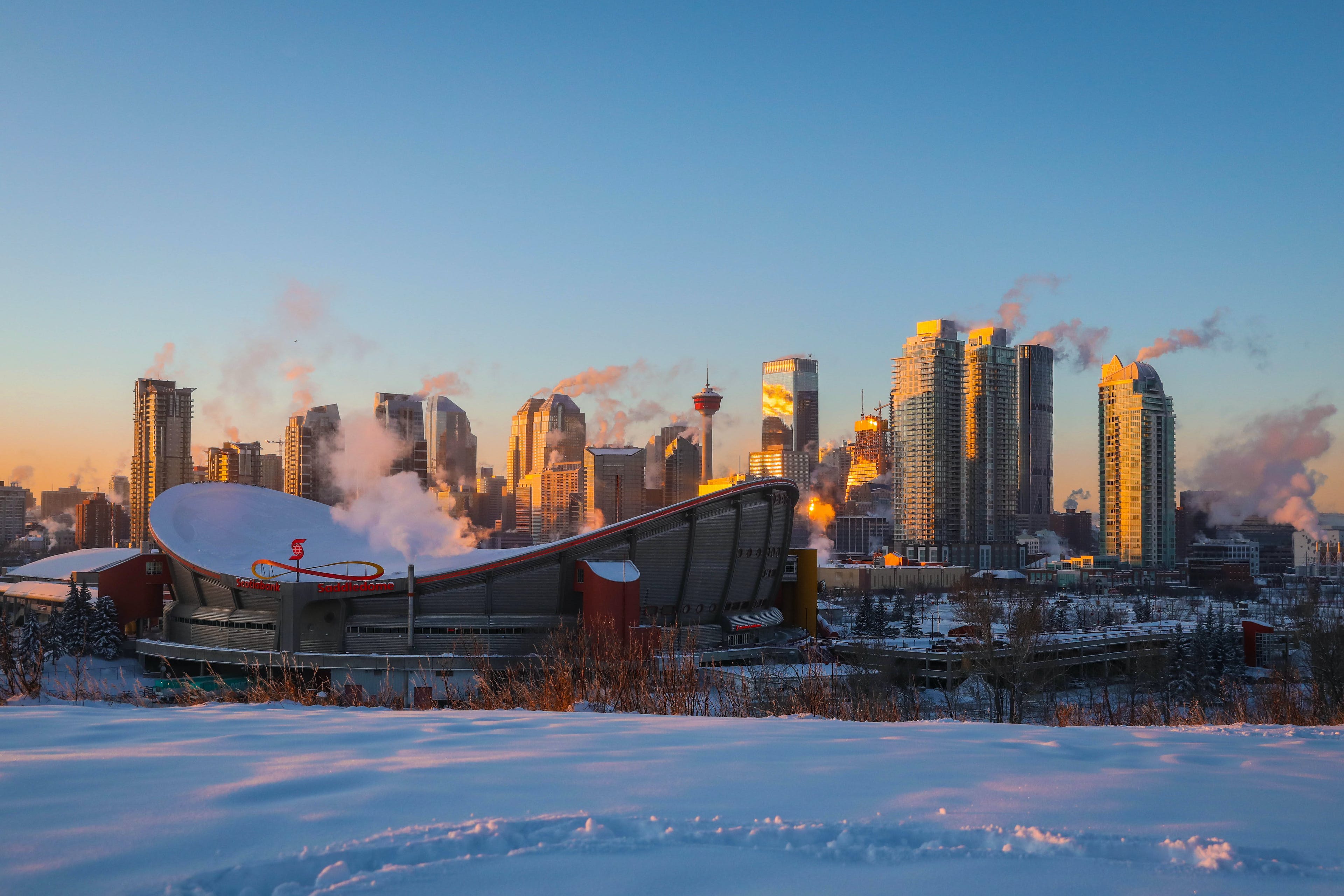 By Ryan Pike
11 months ago
Friends, let’s talk about the young goaltenders in the Calgary Flames’ system. They have two really impressive youngsters. One is Dustin Wolf, who’s turning heads in the American Hockey League after a superb run with the Western Hockey League’s Everett Silvertips.
The other is another late round draft selection you might not know as much about: United States Hockey League junior standout Arsenii Sergeev.
A product of Yaroslavl, Russia, the 19-year-old Sergeev played much of his hockey as a youth in and around the same general part of Russia – he played minor hockey in Yaroslavl, three hours north of Moscow, then moved to play with HK Dmitrov just north of Moscow.
In 2019, Sergeev made a unique bet on himself. After being drafted in the 22nd round of the USHL’s draft by the Sioux Falls Stampede, he opted to come over to North America to pursue his dreams of NHL stardom rather than stick around in the Russian system.
His first North American season, 2019-20, was… weird. he debuted in the NAHL as a 16-year-old – he didn’t turn 17 until mid-December – and he bounced around a bit between three different development leagues.
While Sergeev wasn’t particularly impressive in any of these stops, he also wasn’t given a lot of opportunities to be impressive. He moved the following season to the awesomely-named Shreveport Mudbugs of the NAHL, where he found stability as a backup goalie. He played 20 games and posted an impressive .936 save percentage, helping backstop his team to a Robertson Cup Championship (though he only played once in the playoffs).
Sergeev ended up getting drafted twice during the summer of 2021. Most notably, the Flames selected him in the seventh round of the NHL Draft (205th overall). But earlier on, his USHL rights lapsed and he was selected fourth overall by the USHL’s Tri-City Storm in the second phase of their annual May draft. Later in the off-season he committed to the University of Connecticut, so Tri-City seemed a logical landing spot for him.
Since joining the Storm, he’s been on a tremendous run. He’s played in 18 of Tri-City’s 24 games, effectively taking over the net after an early season injury to Washington Capitals prospect Chase Clark. He’s posted a 14-3-0 record with a 1.62 goals against average, a .933 save percentage and four shutouts. As of Dec. 20, he led the USHL in wins, goals against average, save percentage, shutouts and minutes played. He’s twice been named the USHL’s top goaltender of the week.
A year ago he was an NAHL backup. A year before that, he wasn’t even a backup. Now? He’s unquestionably the top goaltender in the top junior league in the United States (and one that’s very much up there with the three Canadian leagues as the top developmental junior league in the world).
For reference, the last two goalies in the USHL who posted such gaudy save percentages have fared pretty well. Akira Schmid had a .921 with Sioux City last season and has transitioned to the pros this season, including playing a pair of games with the New Jersey Devils and battling Wolf for AHL goaltending supremacy. Isaiah Saville posted a .925 with Tri-City in 2018-19 and he’s since established himself as a very solid NCAA goalie.
As for Sergeev, he’s going to finish out the USHL season and try to chase a Clark Cup in the post-season. From there, he’ll join the UConn Huskies and likely battle current freshman goalie Logan Terness for starts during the 2022-23 season. It seems probable that he’ll be in college for a couple seasons (at least).
For the first time in awhile, the Flames have depth in goal: Jacob Markström and Dan Vladar in the NHL and Dustin Wolf in the AHL give them lots of wiggle room, and having Markström signed for so long give them the ability to bring Wolf along slowly. But don’t forget about Sergeev, because in another three seasons (or so) he seems like he could be knocking on the door and pushing for his own spot in the pro pecking order.
For now, he seems content tormenting USHL shooters and biding his time.