Before the Boxscore: Calgary Flames and Dallas Stars series overview 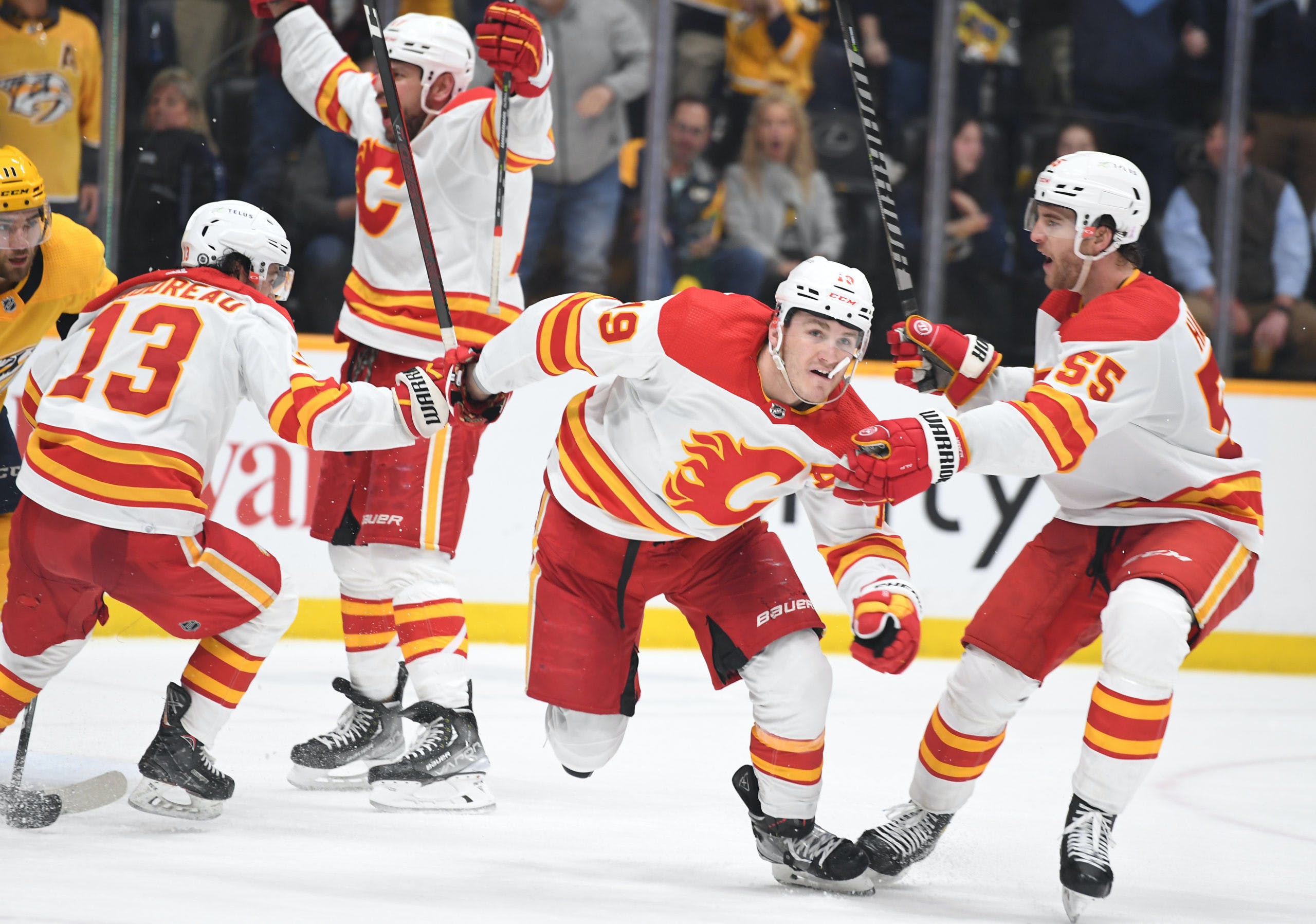 By Shane Stevenson
6 months ago
The first round draw for the Calgary Flames just so happens to be the same franchise that booted them from their last playoff appearance: the Dallas Stars. We are going to compare some analytical numbers before the puck drops on game one – looking at how the two teams compare to each other on paper. We will also look at each teams top performers in a variety of categories to highlight possible X-factors for either team.

Now this is the point I preface that these numbers are not just these teams against each other they are the complete results from the 82-game regular season.
The Flames dominated on a regular basis – being able to come back from losses all season combined with multiple lengthy winning streaks. Overall on a sample size this big anything at 53% would be considered good relative to the whole league. Calgary lives across the board in 56%+ range – which is absolutely fantastic.
Dallas had a good season in terms of limiting high danger chances, but were not relatively strong in possessing the puck. This can possibly translate into strong own zone defence but a lack of skill in transitioning. Another major factor was Dallas and there ability to finish off chances. They have some aging players and bottom-6 talent that have struggled to get offence all season. 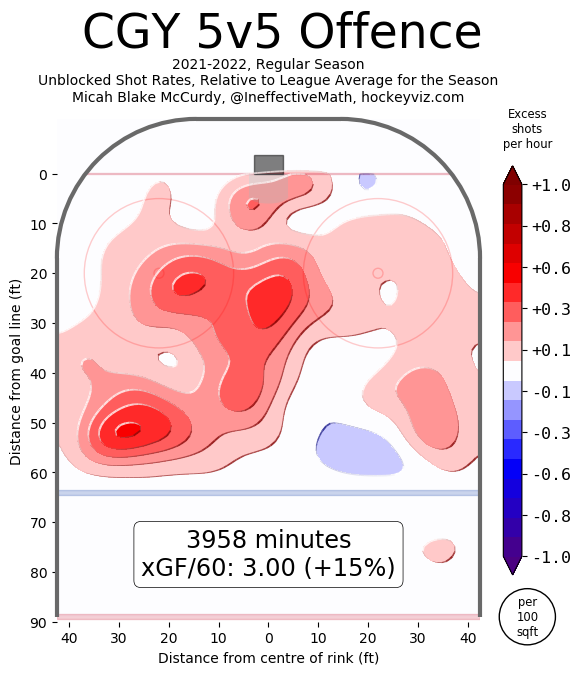 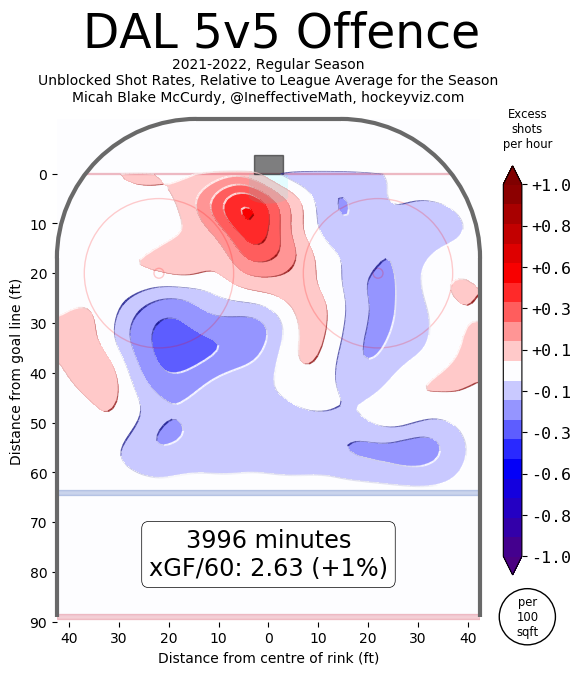 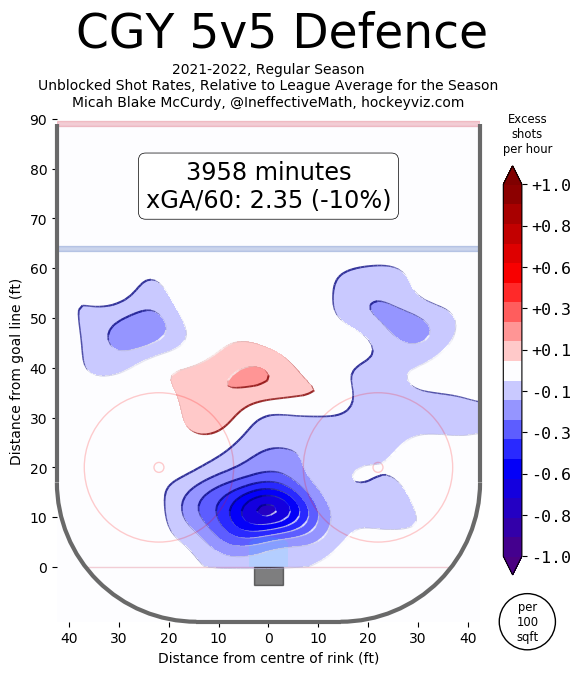 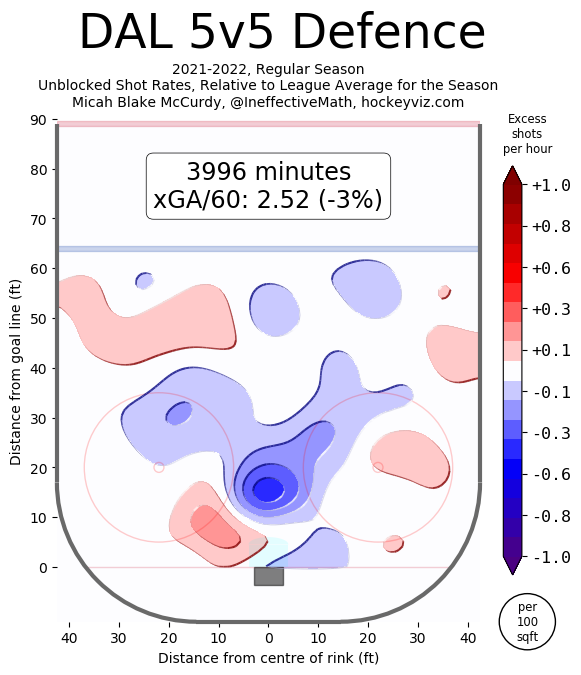 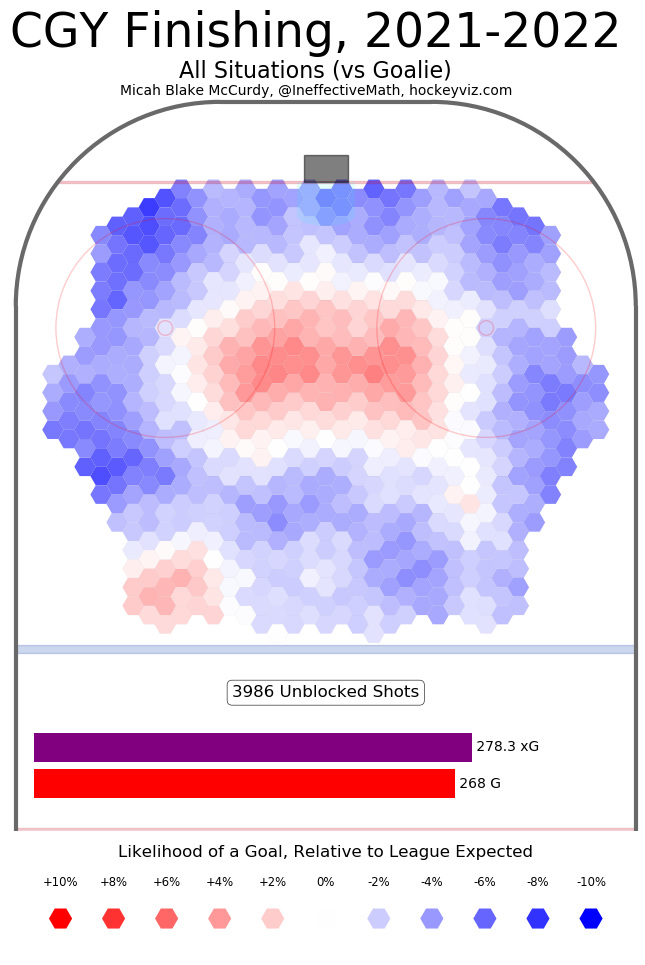 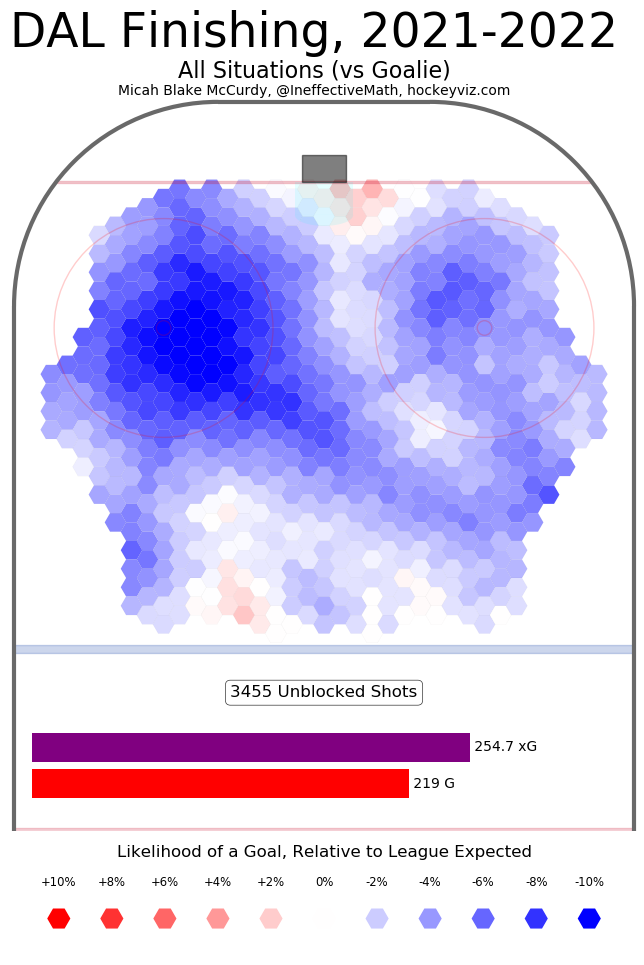 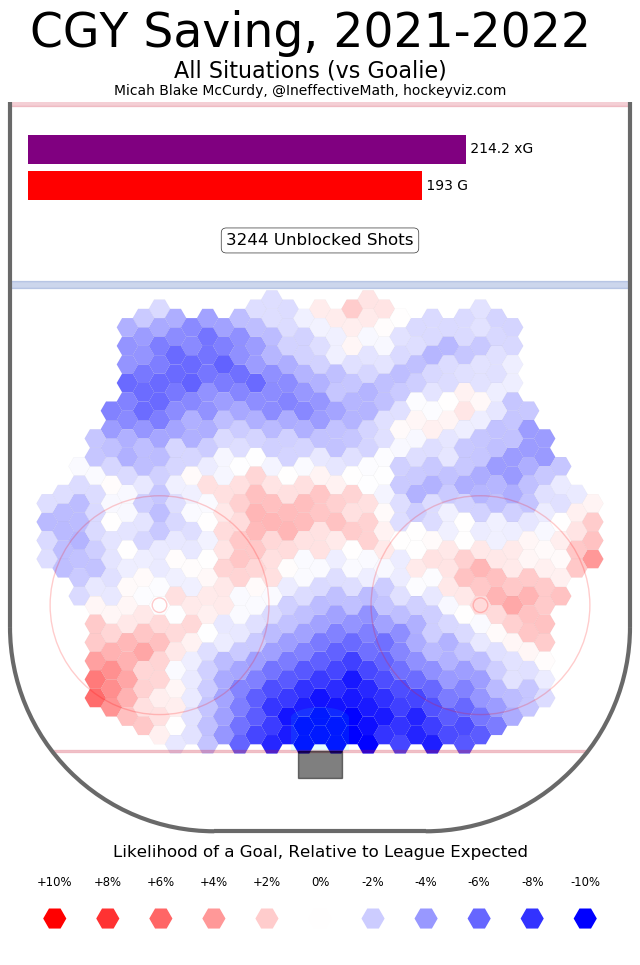 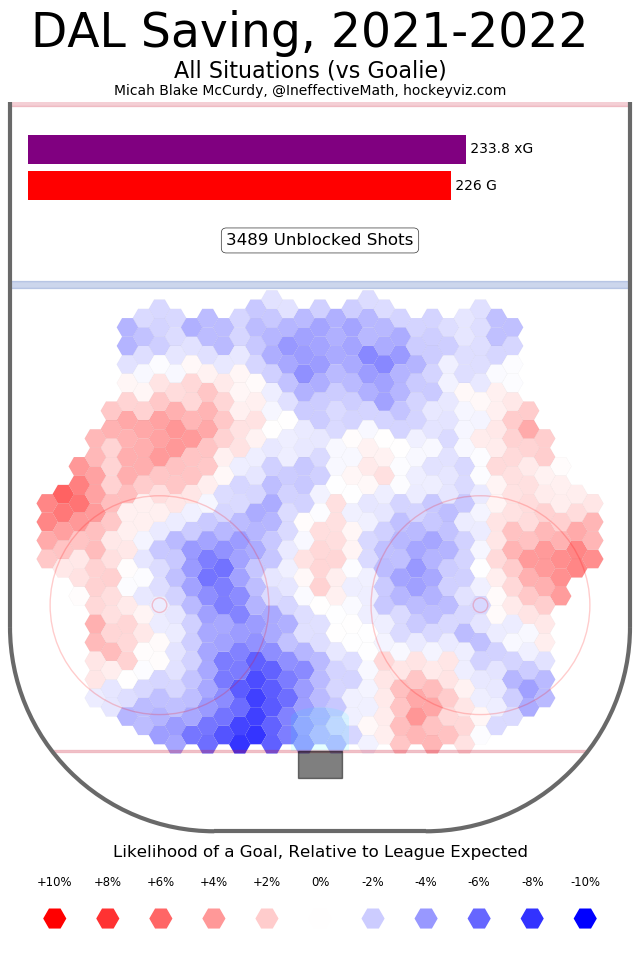 Translation: Red means goals, blue means no goals. If rink is upwards facing it’s the offensive zone where red is good and blue is bad, defensive zone is downward facing where blue is good and red is bad.

For Dallas their top skater all season was sophomore sensation Jason Robertson (55.88 CF%) – a player who has quickly become one of the most adept players at finding open space to use his skilled shot. Roope Hintz (53.66%) and Joe Pavelski (53.46%) are the only forwards present all year to finish above 50% in the overall attempts taken (or CorsiFor%) category.
For Calgary the overall leader was Andrew Mangiapane (60.65%) – which may surprise some people. Calgary’s top line of Gaudreau (58.18%), Lindholm (57.29%), and Tkachuk (60.52%) were also fantastic, but Mangiapane edged them out for the king’s crown. Top defenceman – Nikita Zadorov (60.47%).

It really is no surprise that the Flames are favoured – statistically across the board they are superior. When viewing them this season their ability to control the puck in the neutral zone and extend having possession of it is top tier. There is always someone in pursuit of the puck – and it’s been that way since game one of the regular season. With a coach in place that has everybody’s eyes on the proper prize it would be extremely hard to imagine the Flames losing this series.
If an upset were to happen it would be off the back of tremendous play from Oettinger, Heiskanen, and the Stars top trio of Robertson, Hintz, Pavelski. If any of those three groups have an off night it will be hard for Dallas to come up victorious.
But anything – and I truly mean anything – can happen in the Stanley Cup Playoffs.