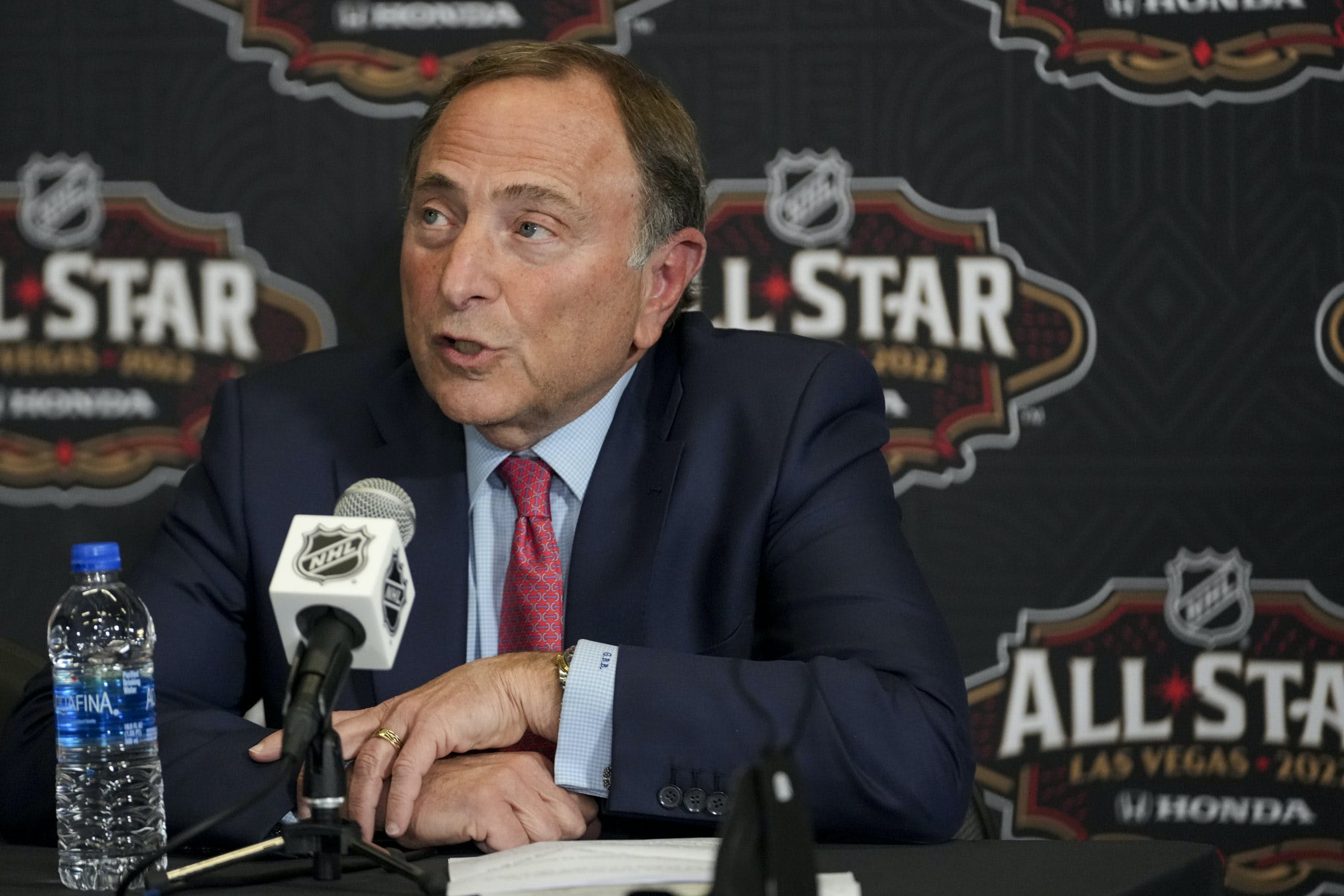 By Mike Gould
11 months ago
National Hockey League commissioner Gary Bettman spoke about the contentious Calgary arena situation during a press conference at the 2022 NHL All-Star weekend in Las Vegas.
Asked by The Nation Network’s Tyler Yaremchuk for his take on the ongoing arena saga, Bettman provided his perspective on the talks between Calgary Sports and Entertainment Corporation and the two most recent Calgary municipal governments.

The Flames are committed to Calgary. They’re a vital part of the community. I think [Calgary mayor Jyoti Gondek] was just quoted as saying, “well, now that the deal’s off, everybody’s a free agent.” I think the club feels OK about that because the deal kept changing on them. I know there’s been a change in administrations but each time [the Flames] made an accommodation to try and deal with things that the city was asking for that weren’t part of the basic deal, the deal kept getting more and more expensive and, frankly, wasn’t what they had agreed to, and, at some point, you have to say, “enough is enough.” If this gives everybody an opportunity to take a fresh look at how to build the building, where to build the building in Calgary, maybe that’s not a bad thing, so, yes. The city’s a free agent, and so is the club, and that’s good.

Bettman also expressed his desire for a quick resolution to the negotiations, citing concerns about the price tag associated with the Flames remaining in the Scotiabank Saddledome.

My only concern, and it’s not a short-term concern but it’s a longer-term concern, the Saddledome needs work, which the city is gonna have to put a lot of money into, and I think the sooner people figure out how to get a new arena, the better it’ll be, particularly because the cost of building a new building keeps going up. These delays haven’t been helpful. But, I know, and I’ve been privy every step of the way to the negotiations, probably more privy at one point when [previous Calgary mayor Naheed Nenshi] was involved than some people may have liked, but Flames ownership has tried mightily to get a deal done and to go the extra mile, and I think the city just pushed it too hard, too far, and didn’t make sense.

Mayor Gondek announced the Flames’ intent to terminate the previous $550-million arena deal, negotiated between CSEC and the Nenshi administration, on Dec. 21, 2021.
“What we have before us now is the opportunity to work in this new environment with partners and actually strike a deal that is respectful of the fact that the economic conditions are completely different globally, including in Calgary,” Gondek told reporters on Jan. 13. “It’s a new opportunity that unshackles us from the old arrangement.”
The Flames have operated out of the Scotiabank Saddledome since 1983.

Looking to up your fantasy hockey game? DailyFaceoff has the tools you need for both daily and season-long fantasy leagues, including a lineup optimizer, daily projections, and a whole lot more. Sign up for the DailyFaceoff tools here.
News
Recent articles from Mike Gould