Beyond the boxscore: Calgary Flames’ new lines find the win against Anaheim in the dreaded Honda Center 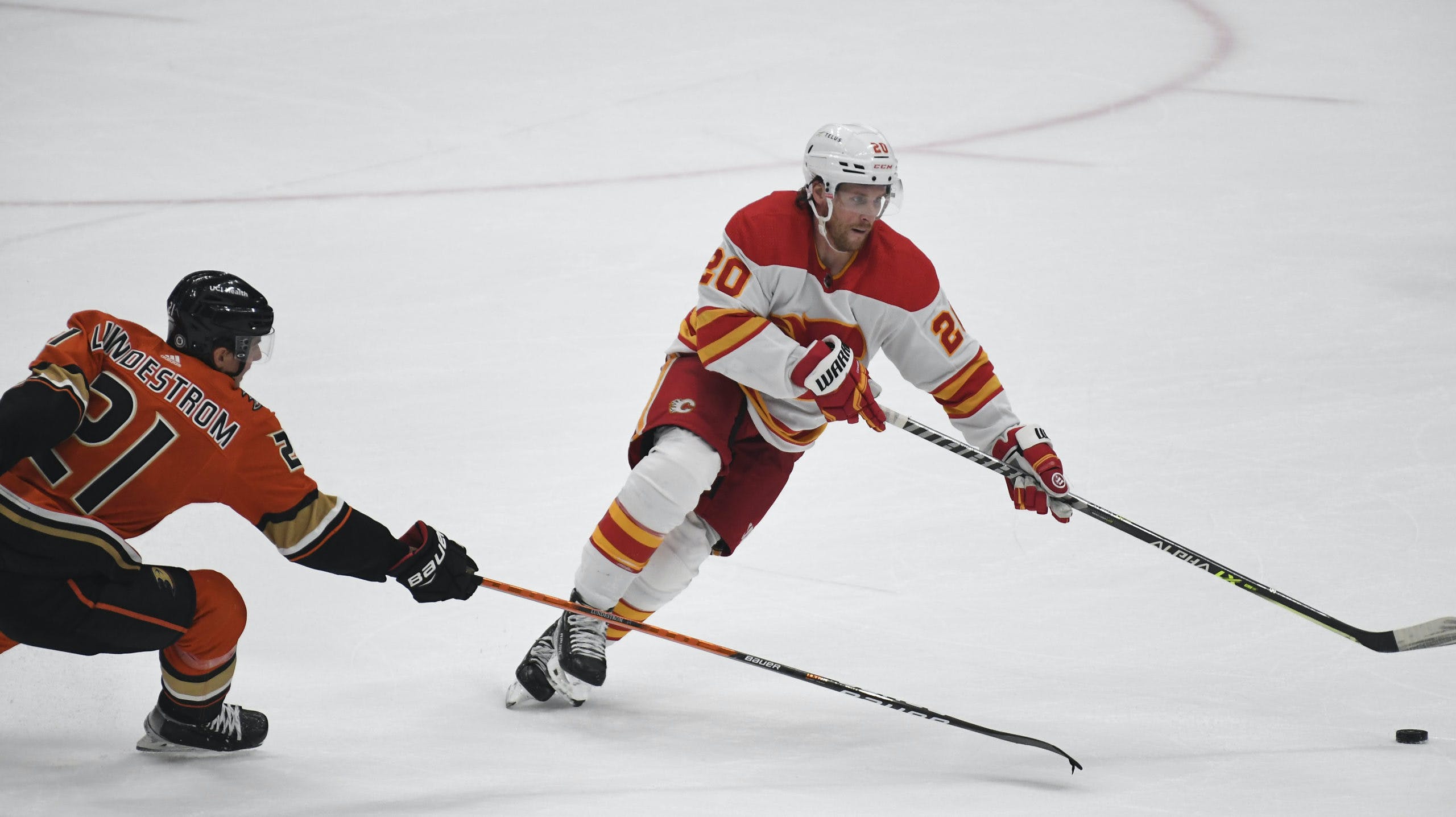 By Shane Stevenson
11 months ago
It can never be a normal game for Calgary in Anaheim. It is a positive sign that they’re back to winning games in the Honda Center. This tilt saw ebbs and flows to it where either team had momentum for sustained amounts of time. The goaltenders were very sharp despite there being 6 goals scored in this game. The overall numbers do favour Calgary, let’s break em down.
CF% – 53.09%, SCF% – 49.36%, HDCF% – 57.28%, xGF% – 51.16%
It’s a Team Game – Another game that Calgary wins the high danger chance battle – although this time it was in a more open game. The opposition totalling over 10 high danger chances themselves shows that the Ducks weren’t shut down or fading away. They have been a persistent team all year and have the youth to never run out of energy. Calgary was on a back-to-back but they didn’t play like they were using that as a reason to slack off – they never do.
Corsi King – Noah Hanifin (71.67 CF%) and Rasmus Andersson (67.32%) led the charge for a Flames team that was fairly divided in overall chances. It can be stated with certainty though that Hanirazz directed the puck towards Gibson the best out of any Flames duo. The new-look third line was tops amongst forwards with Blake Coleman (64.94%) leading that line.
Corsi Clown – Erik Gudbranson (38.69%) occasionally gets stuck in his own zone, in this one he struggled mightily against the Ducks youthful forecheck. The speed seemed to overwhelm him at times which wasn’t good for Calgary’s prospects of clean breakouts.
Taken By Chance – It’s not too terribly surprising to see Tyler Pitlick (66.18 SCF% // 54.15 HDCF%), Dillon Dubé (57.30% // 54.15%), and Brad Richardson (52.93% // 0%) get benched. They didn’t see any action in the third period or overtime. They did have some chances to create things, but it only ever amounted to any significant chances with Brad Richardson off the ice. He was the lone player without any high danger chances for.
xGF% – The Flames top line of Johnny Gaudreau (78.95 xGF%) – Elias Lindholm (82.40%) – Matthew Tkachuk (78.95%) may not have had the overall number of attempts, but they were the best at getting to the slot while preventing their opposition at the same time. Another night of true 1st line talent being displayed – on both sides of the puck.
Game Flow –

You can see the points where Anaheim pushed back against the Flames, but it was evident that the Flames pressed harder over stretches. After the Ducks second powerplay for instance, being able to grab momentum immediately post-PK is not something that you see everyday, and especially not to that extent.
Game Score – It’s always impressive when a player that gets no points finishes as high as Chris Tanev (2.19 game // 0.76 average). Pat Steinberg has mentioned maybe Tanev should get some Olympic love himself – and while I also see his defensive value it’s going to be hard to sell that to the whole country. Sean Monahan (2.15 // 0.47) vastly out played his season average in what looked like the best game he has played all year.
Shot Heatmap –

It’s heavily normalized for Calgary at this point to have a swarm of shots around the opposition goaltenders crease – what’s uncommon is seeing that same swarm against their own goalies. You don’t get 7 team shutouts this early without defending well – this was one where certain combinations could have been stronger.
In The Crease – Dan Vladar has yet to not earn at least a point whenever he’s worn the flaming C in a game. He is 5-0-1 now after facing 2.76 expected goals at 5v5 allowing 2 high danger goals against. It adds up to a 5v5 SV% of 0.929%. Vladar has been the perfect backup so far, a blessing Calgary hasn’t seen for decades. (If not ever – to this extent)
Today’s Specials – The only special teams goal in this one was a Ducks PP goal – Calgary conveniently did not get very many calls or PP’s themselves, which is becoming a noticeable trend. The PK will eventually allow powerplay goals in games, if they at max allow one and get away with the W I’d say you call it an alright performance and move on. If it ever gets consistently scored on then we’ll raise some concern.
Player Spotlight – Sean Monahan – I have to highlight him because he looked faster than I’d seen him to date. Monahan was more engaged, more creative in his passes and seemed to mesh well with Blake Coleman on the rush. The two defensive first guys on that line allow Monahan to really focus on his offence – the relived pressure is hopefully what he needs to get going again, something every Flames fan is rooting for. There may be trade noise online, or whispers here and there, but I’ll go on a limb and guess most Flames fans wouldn’t mind the old Monahan back on a nightly basis instead.
Flashalytic’s 3 Stars –
1) Sean Monahan
2) Blake Coleman
3) Chris Tanev
The Flames continue their road trip against the Vegas Golden Knights Sunday Dec. 5th at 8PM – all covered right here at FlamesNation.
(Stats compiled from Naturalstattrick.com // Game Score from Hockeystatcards.com)
Uncategorized
Recent articles from Shane Stevenson 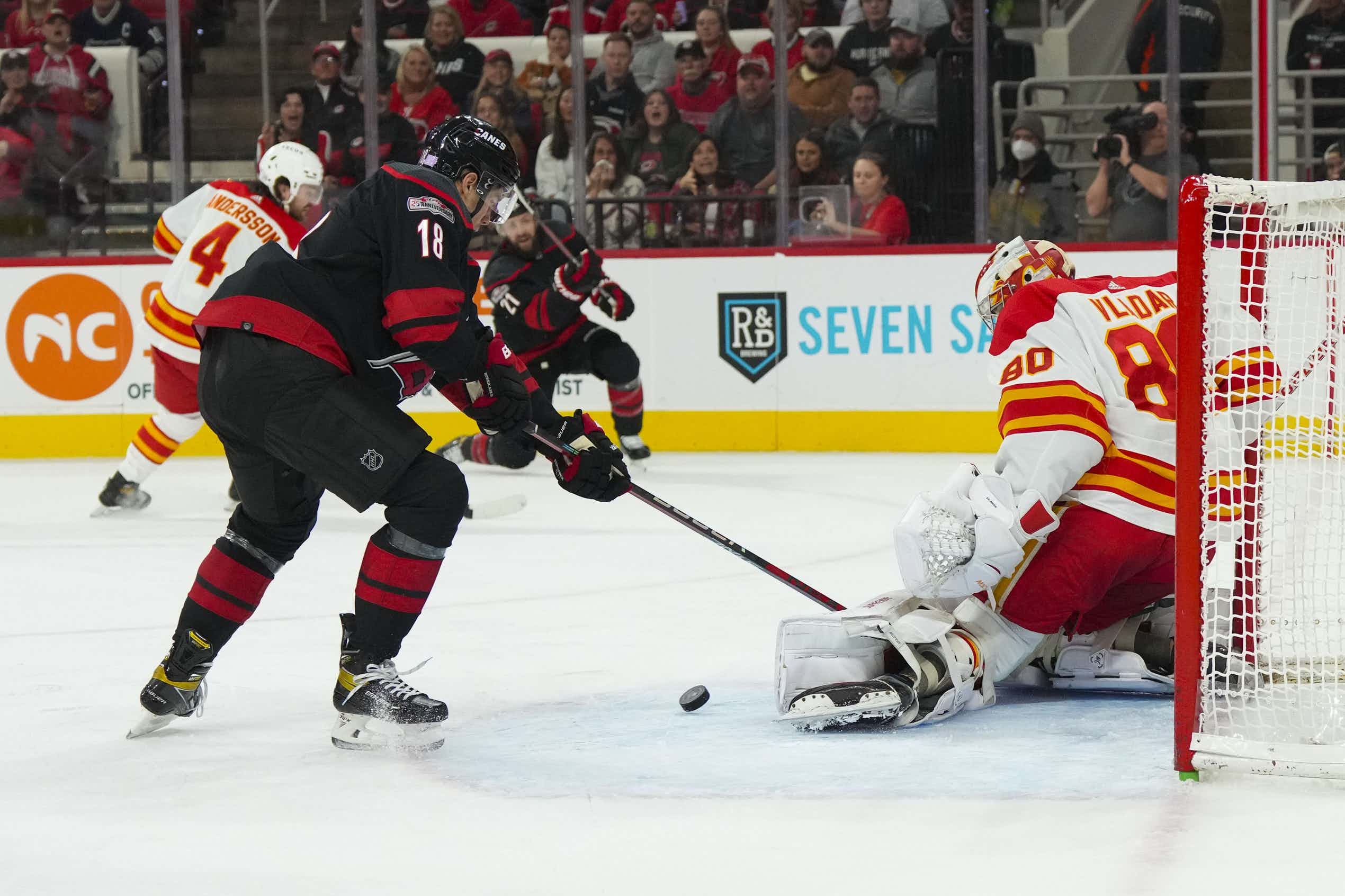 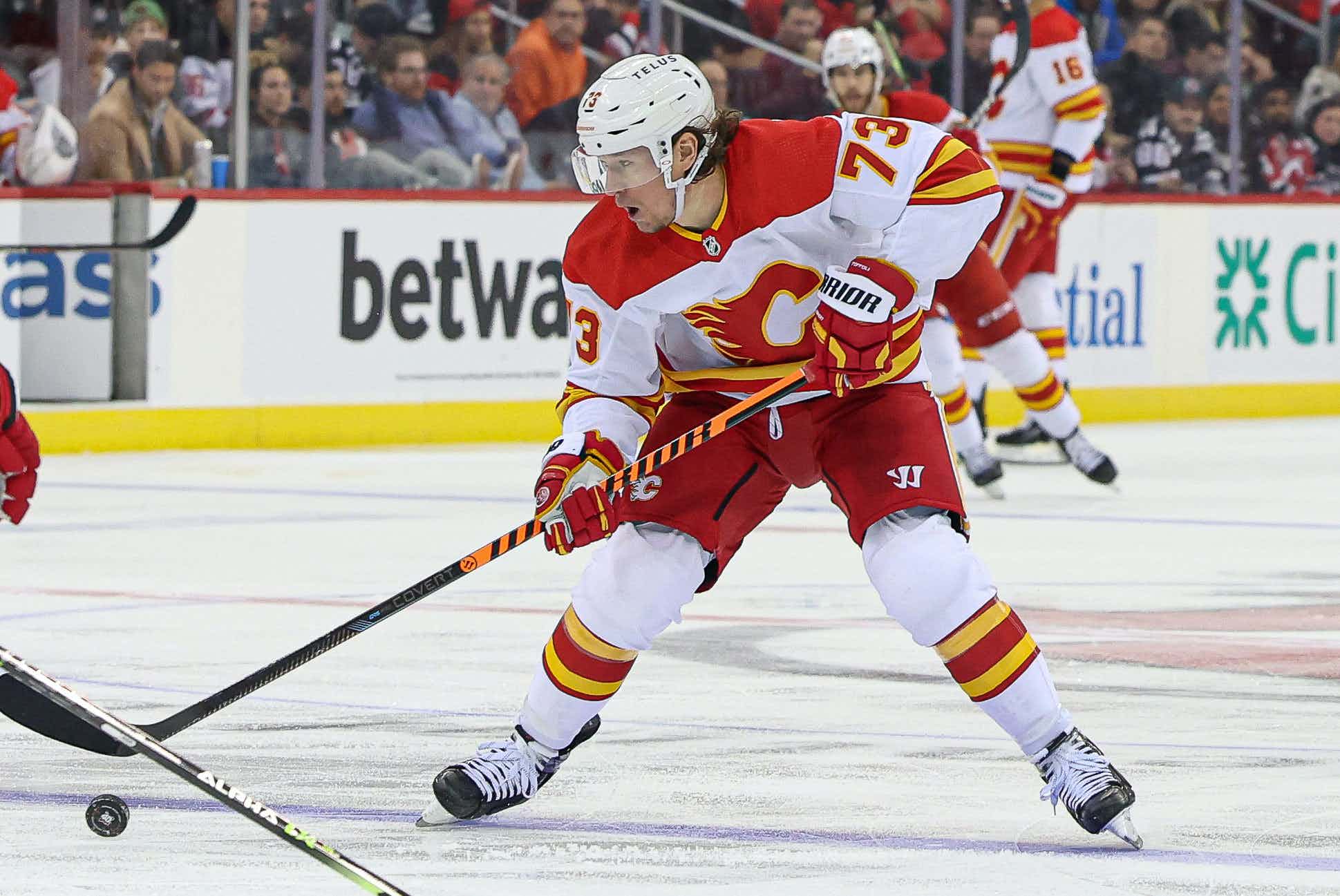 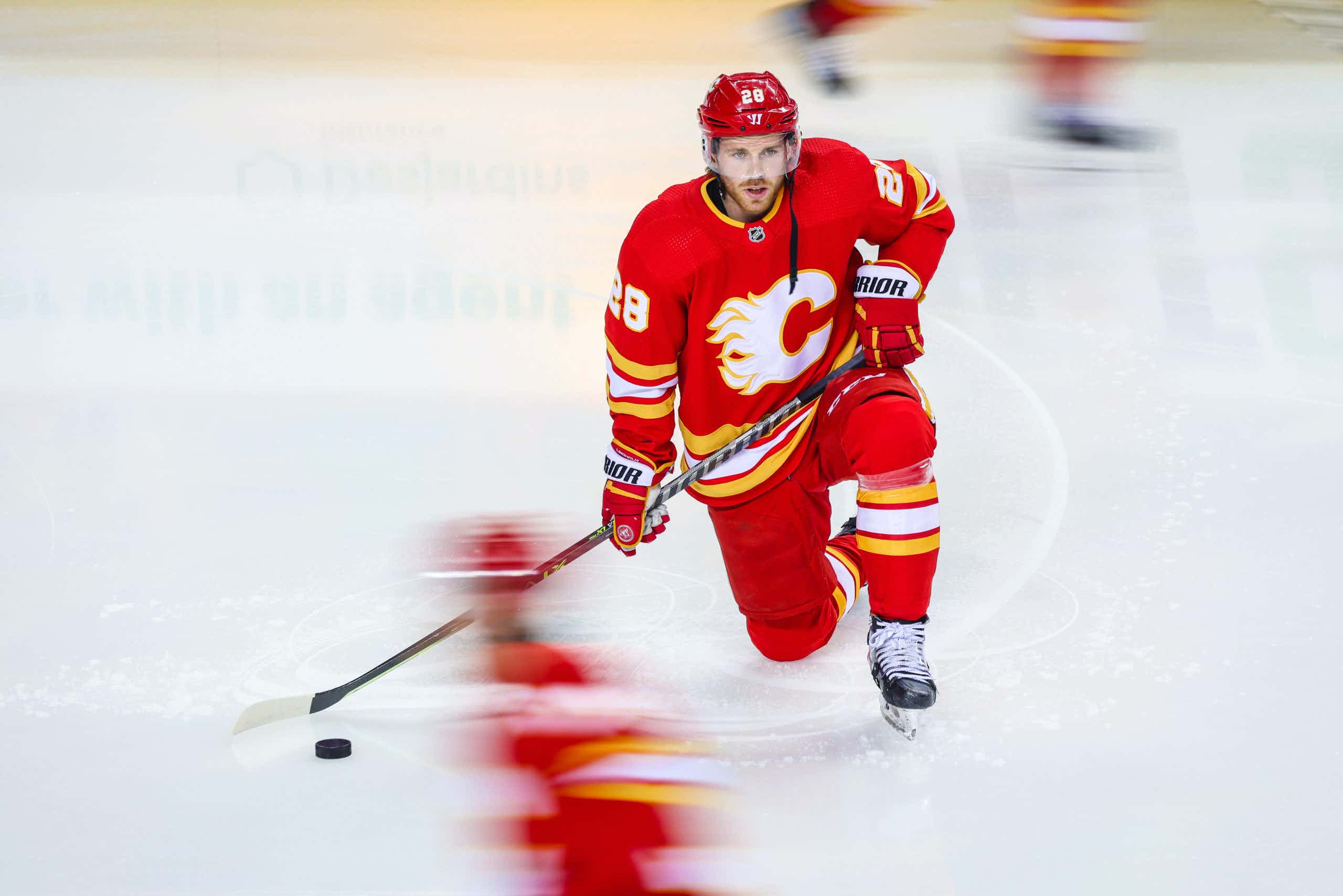 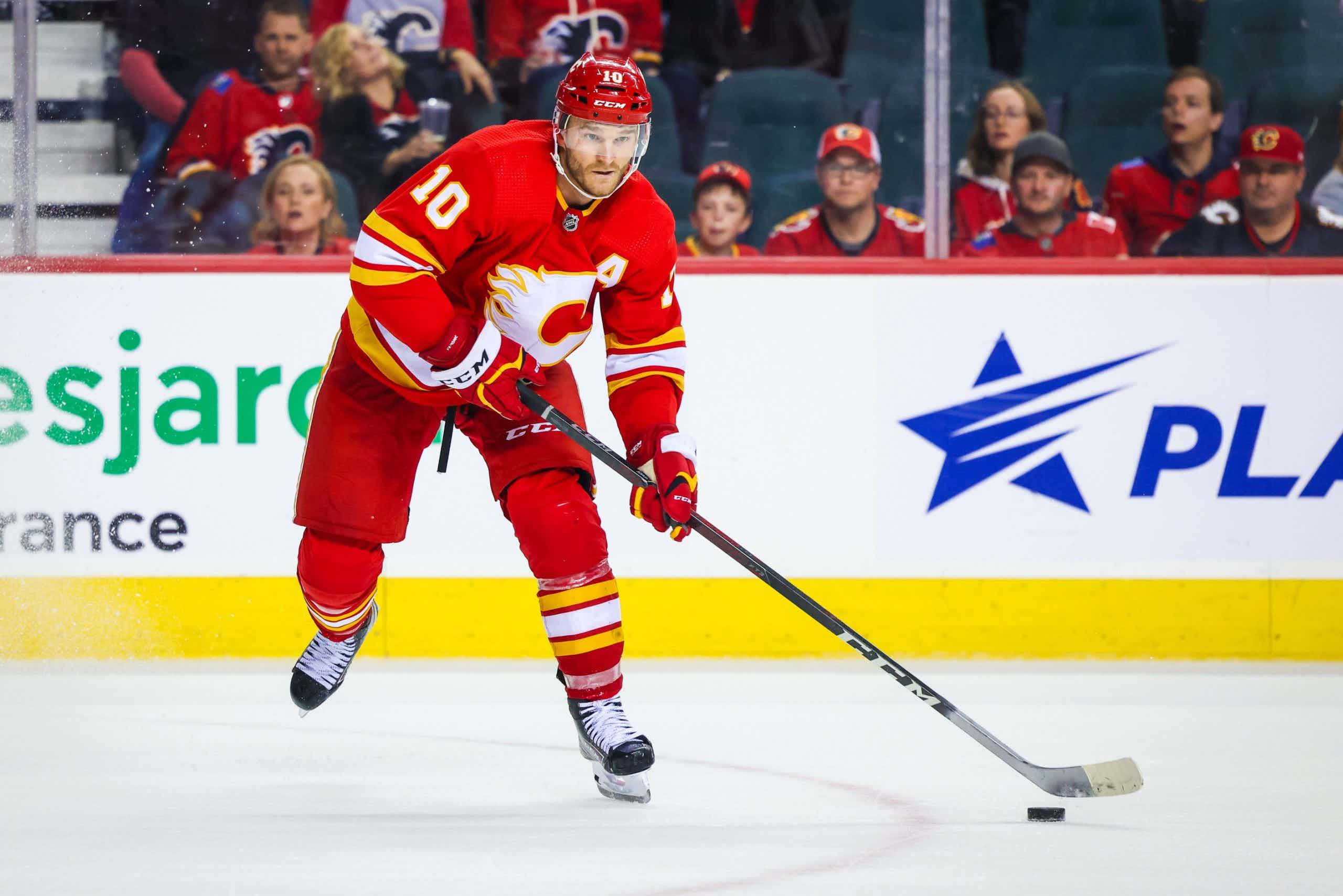