Beyond the Boxscore: Calgary Flames just get by Arizona Coyotes with 3-2 win 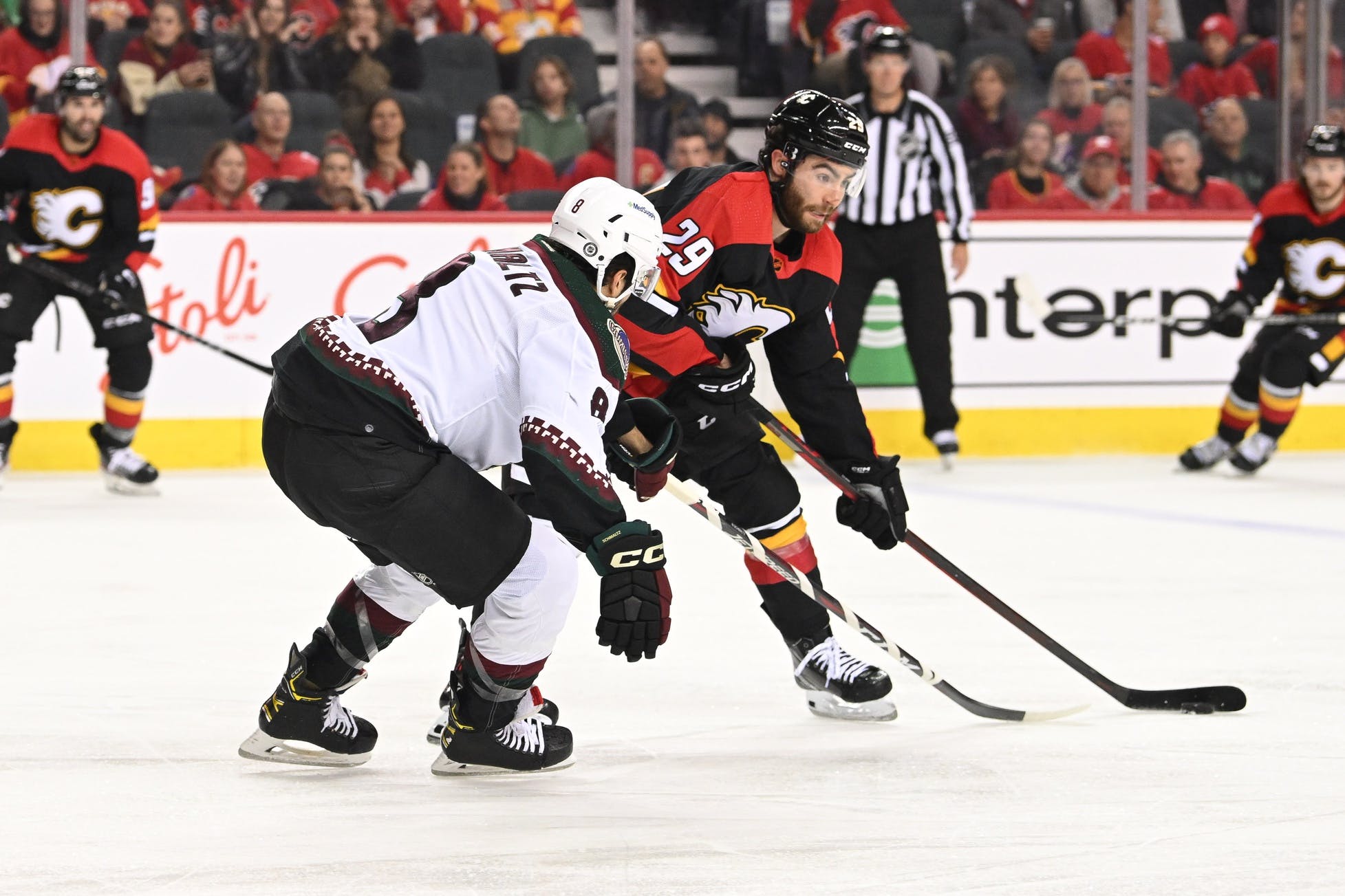 By Shane Stevenson
1 month ago
The Calgary Flames finally got some significant contributions from their power play, and it was key in victory over the Coyotes. Play and chances were dictated by Calgary pretty much the whole game, but it was mostly made up of medium danger chance opportunities. Dan Vladar proved himself a big time player again coming in clutch late when the Flames defensive coverages were breaking down. Not an overall great 60 minute effort, but a wins a win.
CF% – 59.67%, SCF% – 58.92%, HDCF% – 52.86%, xGF% – 54.16%
It’s a Team Game – The 5v5 high danger chances being only 6 to 5 in favour of Calgary is quite low. Especially with close to 60% of the overall shot attempts. There lies a whole lot of low-quality shots in that equation, not a formula for success most nights. Calgary has so much more to give – an intensity level throughout the lineup that hasn’t come to the surface yet. If it ever shows up – and I believe it will – they’ll be a force to be reckoned with.
Corsi King – Nikita Zadorov (80.80 CF%) tops the squad after that performance. The always possessive Adam Ružička (77.64%) behind him. Ružička continues to stand out every game and even moreso now that he’s with Backlund (77.52%) and Coleman (74.17%). Chris Tanev (73.35%) and Weegar (66.71%) also aided in a positive Flames attack.
Corsi Clown – Kevin Rooney (34.13%) and the Flames fourth line struggle again. Together they always end up pinned back in their own zone against a top 6 line from the opposition. Lucky for them all the Flames defence play strong enough as a goal front presence to limit the damage, but they are not making their jobs easier. Hanifin (35.84%) and Andersson (38.59%) saw significant differences in chances coming their way vs being able to execute them in the attacking zone. You’ll find when looking at their expected goals though that the chances they did help get were significantly more dangerous .
Under Pressure – 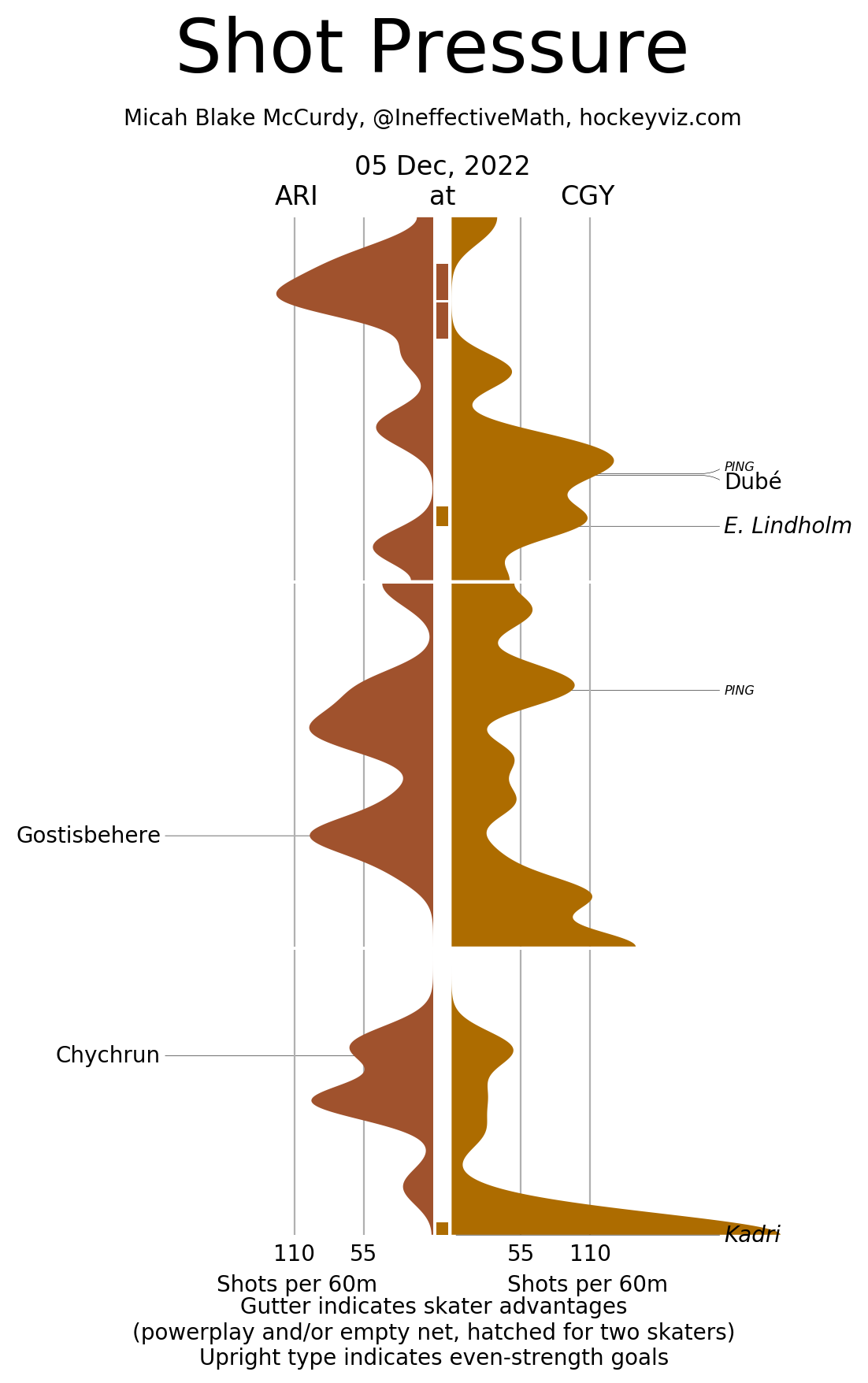 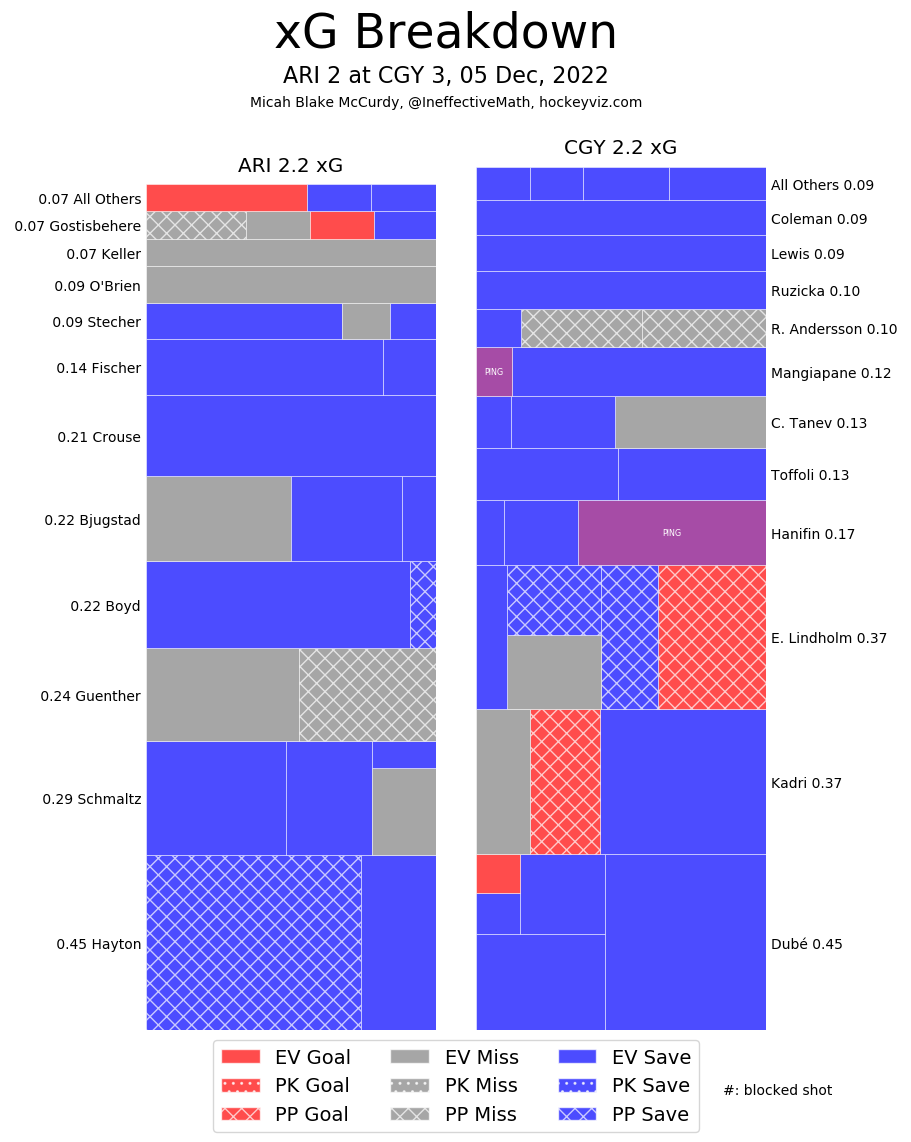 xGF% – The Kevin Rooney (0%) experiment is not working. Just when you think it might be able to work it doesn’t and in a big way. The Flames play all his shifts heading back towards their zone and making life difficult for every other player on the roster that has to dig themselves out of that hole to try and create offence. Good thing was the Flames had 6 forwards and 4 defence going strong in all their match-ups. From Ružička (82.15%) to Dubé (52.03%) all the way back to Stone (44.95%).
Game Flow – 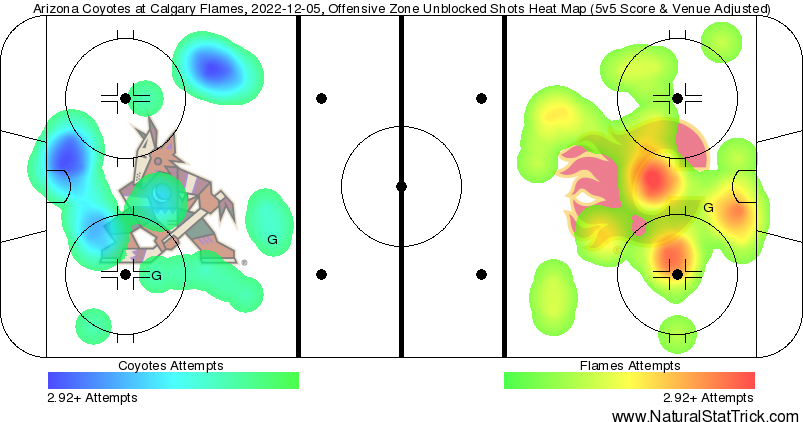 In The Crease – What more is there to do than just keep giving Dan Vladar starts. He’s been the guy – so far – that has given them the best chance to win on a nightly basis. He was a top 2 reason for me in last night’s performance. The goals that did get by weren’t classified as high danger, but that doesn’t account for all the traffic in terms of danger. You would see that in a disparity of how each attempt would be calculated for expected goals, but not simple danger classifications. 1.51 expected goals against with the 2 goals going in.
Player Spotlight – Blake Coleman – Not a lot gets asked of him because his defensive responsibility each shift is so thorough you dare not mess with it. I’m just bringing him up to say that he is a former 20-goal scorer in the NHL and some nights him finding a way to score would be appreciated. It won’t ever come at the cost of a bad turnover, we know that by now, but if the powers that be want to give him a bounce or two that would be just as lively.
The Goals –
Flashalytic’s 3 Stars –
1) Adam Ruzicka
2) Nazem Kadri
3) Dan Vladar
The Flames return to action on Wednesday night against the Minnesota Wild.
(Stats compiled from Naturalstattrick.com // Game Score from Hockeystatcards.com // xG and Under Pressure charts from HockeyViz.com // Game Flow and Shot Heatmap from NaturalStatTrick.com)
Editorials
Recent articles from Shane Stevenson