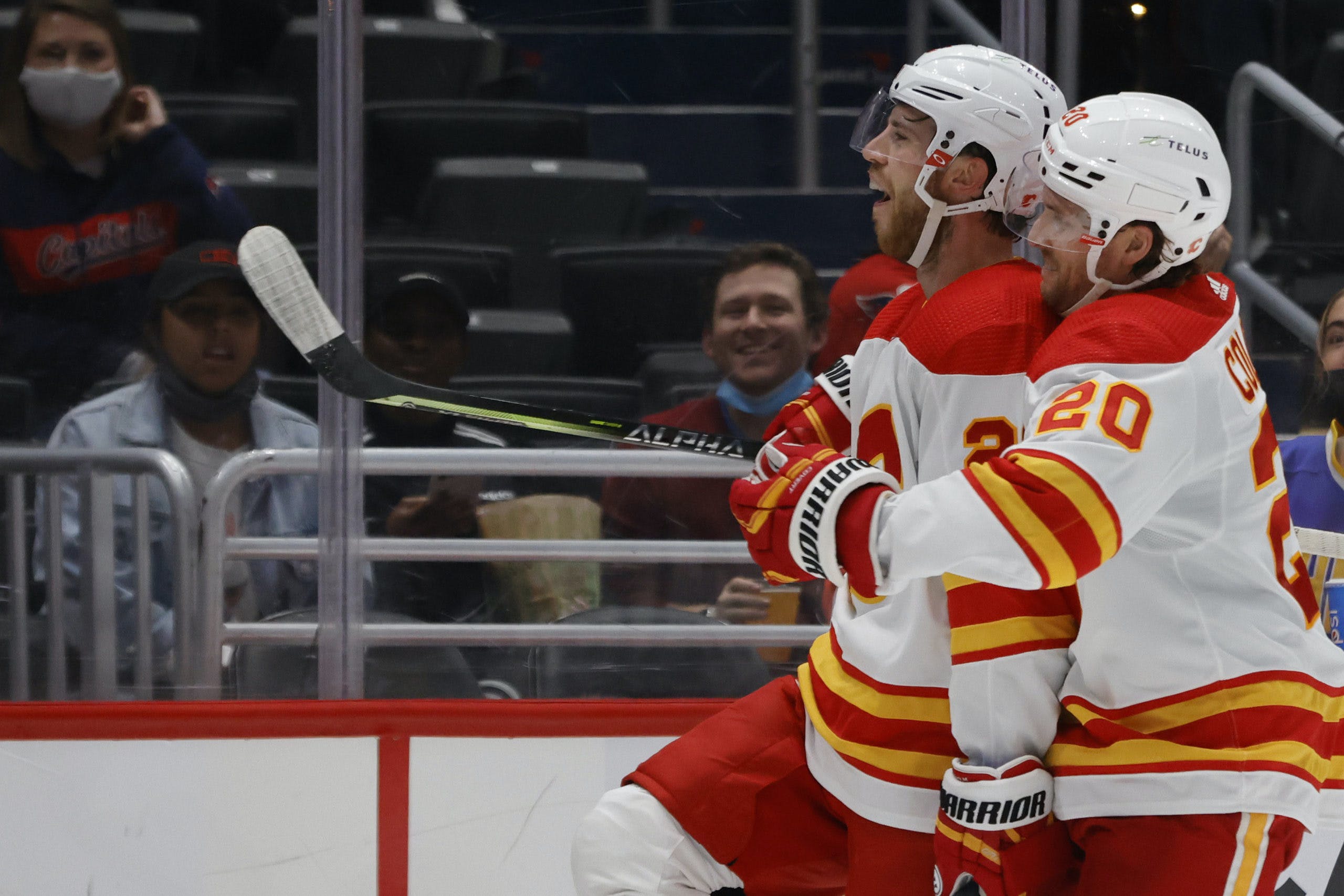 By Shane Stevenson
5 months ago
The Flames’ big free agent addition from the 2021 off-season saw Blake Coleman arrive in Calgary fresh off back-to-back Stanley Cup championships. He brought in a tremendous reputation as a shutdown player that could contribute with big goals. One season into his deal the reputation remains intact.

The University of Miami (Ohio) alumnus didn’t immediately charge into the NHL. Drafted in the third round by the New Jersey Devils in 2011, Blake Coleman went the college route afterwards. After four years at school, he entered the AHL with the Albany Devils.
In 2016-17 he made his NHL debut – never going back to the minors again.
Nearing the trade deadline in 2019-20 Coleman was sent to the Tampa Bay Lightning where he became linemates with Yanni Gourde and Barclay Goodrow. The three players becoming crucial contributors to both the Lightning’s Stanley Cup championships.
With a couple rings in tow it was time to see where Coleman would go – and Calgary won the bidding war for him.

The defensive impact of Blake Coleman truly is special. Not many players can be impactful at suppressing shot attempts against, but he does it very well. His presence on any line frees up the other players to be more creative offensively if given the chance. Not to say the Coleman himself can’t contribute – he’s scored 20 goals in a season twice in just 6 seasons. If I had to use two words to describe how he plays they would be smart and calculated.
His impact on the penalty kill as well has been terrific. Look at the heatmap above – it is remarkable to have a defensive impact that dark of shade in front of the net when down a man. It’s not just him – the whole unit deserves credit – but Coleman and his contributions do not go unnoticed.
Players that have as much pride in keeping pucks out of their net as they do putting pucks in don’t come along too often. Calgary’s been fortunate to develop plenty, but Coleman helps make it a special bunch for the Flames.
When paired this season with Andrew Mangiapane and Mikael Backlund the trio tended to dominate their competition. Consistently in the heavy side of shot attempts, quality of attempts, and tangible production. At just 30 years of age there’s no reason to believe that this kind of play won’t continue well into his current deal.

As long as Darryl Sutter is coaching the Flames, I would be willing to wager Coleman is still here. Even after the new coaching saga I would bank on Coleman playing most of – if not all – the years he signed under his contract in Calgary.
He plays the way fans in the city of Calgary want to see their players play – hard-nosed and selfless. Someone willing to lay anything on the line to win a game, to win a championship. Players like Blake Coleman will always be valuable – and his future appears to be bringing that mentality long-term to the Flames.