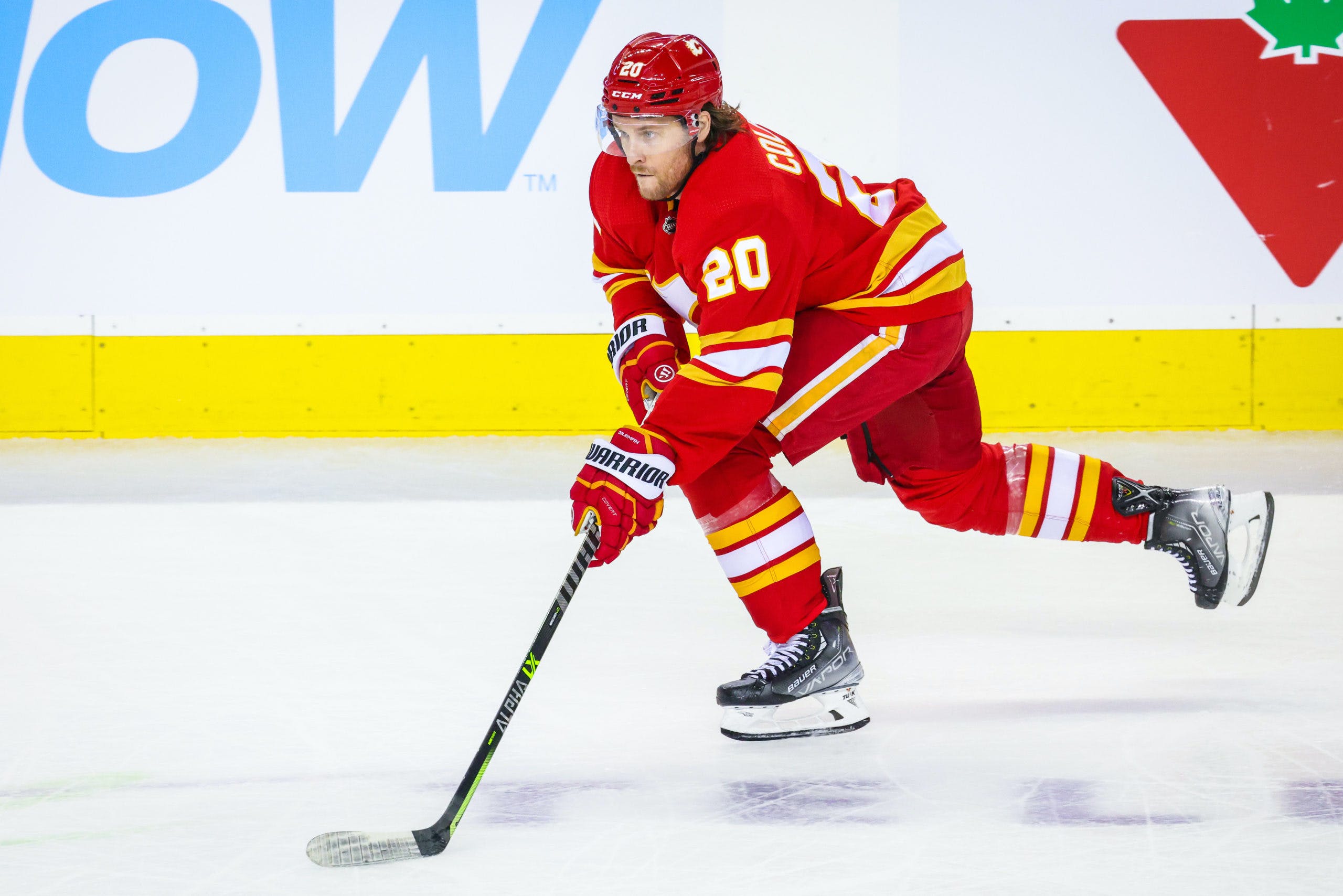 By Ryan Pike
8 months ago
The Calgary Flames put a puck past Edmonton Oilers goaltender Mike Smith with 5:57 remaining in the third period of Game 5. The goal temporarily gave the Flames a 5-4 lead, before the goal was overturned by the NHL’s situation room after a lengthy review.
On the goal, Mikael Backlund’s shot squirted out from underneath Smith’s right arm and trickled towards the net. Blake Coleman, skating towards the crease for the rebound while fighting with Cody Ceci for positioning, skated through the crease area and had the puck go off his skate and into the open net.
The call on the ice was for a goal. But the situation room in Toronto called the goal back with the following explanation:

Video review determined Calgary’s Blake Coleman kicked the puck into the Edmonton net. According to Rule 49.2, “A goal cannot be scored by an attacking player who uses a distinct kicking motion to propel the puck into the net with his skate/foot.”

Following the game, which the Flames eventually lost in overtime after a Connor McDavid game-winning (and series-winning) goal, both Flames head coach Darryl Sutter and Coleman didn’t seem to fully buy the explanation on the play.
“Well, depends what you call a distinct kicking motion,” said Sutter, responding to whether he agreed with the call. “Somebody’s on the ground, and you lift your foot up, kick them in the head, it’s a distinct kicking motion. You put slide your foot in the ground, it’s not a distinct kicking motion. Whatever.”
“I don’t think i understand the rule,” said Coleman. “Getting pushed, just trying to keep my foot on the ice. I haven’t watched it enough. But In live speed, it felt like i was in a battle. My understanding is you can direct the puck but you just can’t kick it. And I didn’t feel that I kicked it. Can’t go back and change it now. It is what it is.”
“I opened my foot, but my understanding is you can redirect the puck off your foot as long as you’re not redirecting it and kicking it into the net. But like I said, I’ll go watch it again. Maybe it’s glaringly obvious but I just don’t feel like I did what it looks like.”
Here’s the explanation on the topic from the NHL’s most recent rulebook: 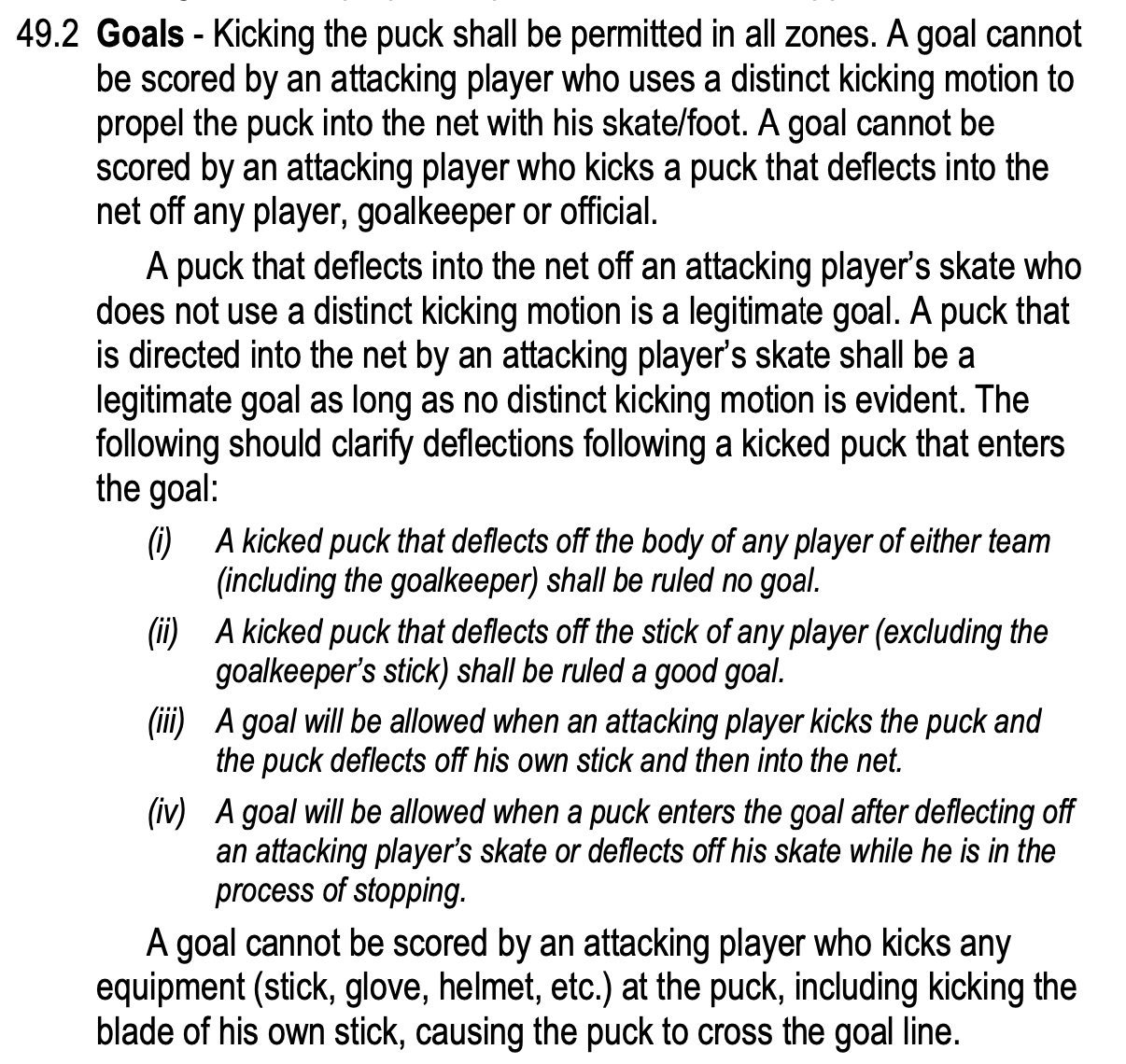 Given how decisive the call ended up being, this is one disallowed goal that will be hotly debated in Calgary for awhile to come.