Brad Treliving had dinner with Jonathan Huberdeau in Montreal 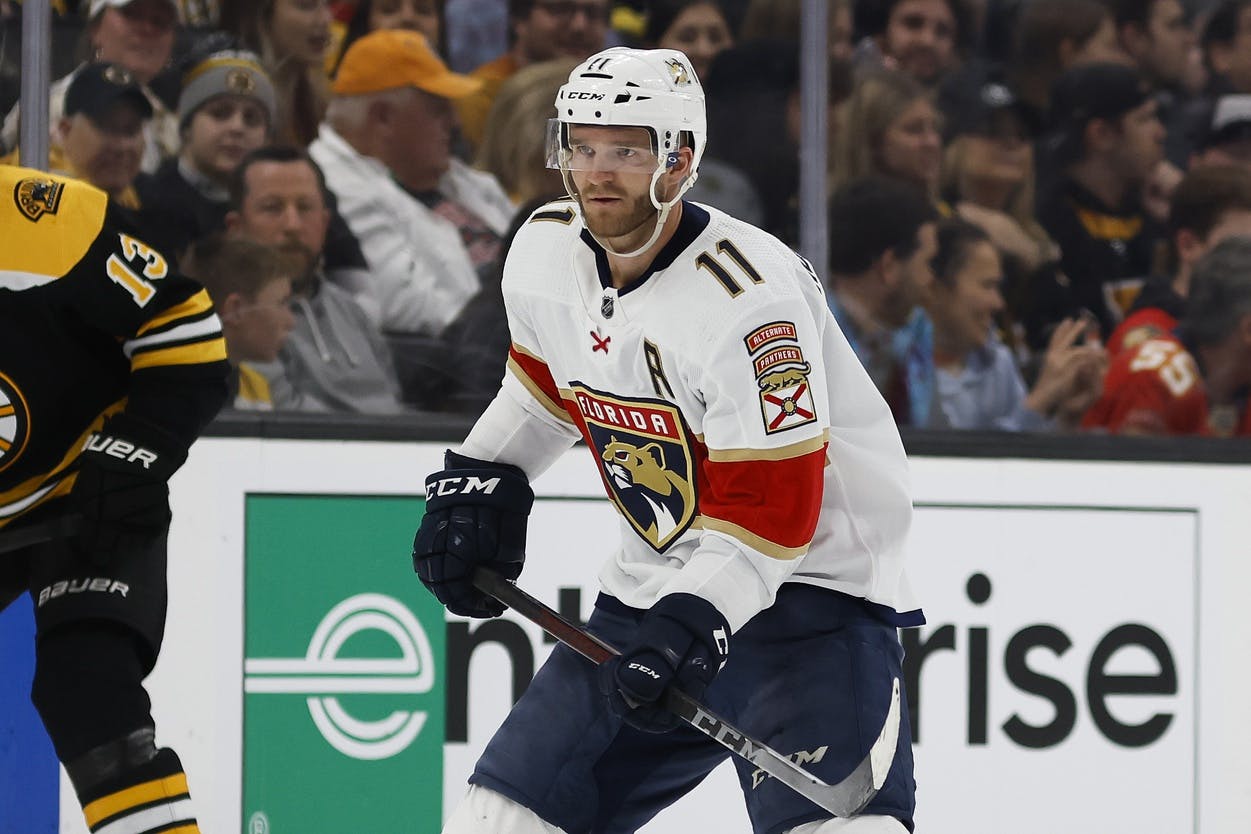 By Ryan Pike
6 months ago
Last Friday, the Calgary Flames made a big, big trade, acquiring Jonathan Huberdeau from the Florida Panthers as part of a package in exchange for Matthew Tkachuk.
Per a report from Elliotte Friedman, and subsequently confirmed by agent Allan Walsh, Flames general manager Brad Treliving flew to Montreal to meet with with Huberdeau face-to-face over dinner.
Unfortunately, we have no information about where they ate or what everybody had for entrees.
Huberdeau is heading into the final year of his current contract in 2022-23 and could become an unrestricted free agent on July 1 (as could MacKenzie Weegar). With training camp for veterans beginning in about seven weeks, it makes a lot of sense for Treliving to get a sense of where Huberdeau’s head is at after a big move to the Flames heading into the season.
Huberdeau’s current cap hit is $5.9 million and after a season where he had 115 points and finished fifth in Hart Trophy voting, it’s not unreasonable to expect him to want a hefty raise. Evolving Hockey projects his next deal at north of $11 million on an eight year term. If you’re the Flames, you’re hoping that maybe he falls in love with the city and gels with the team and perhaps “settles” for a little bit less than that for the long term.