Why the Calgary Flames should be in on Brett Kulak 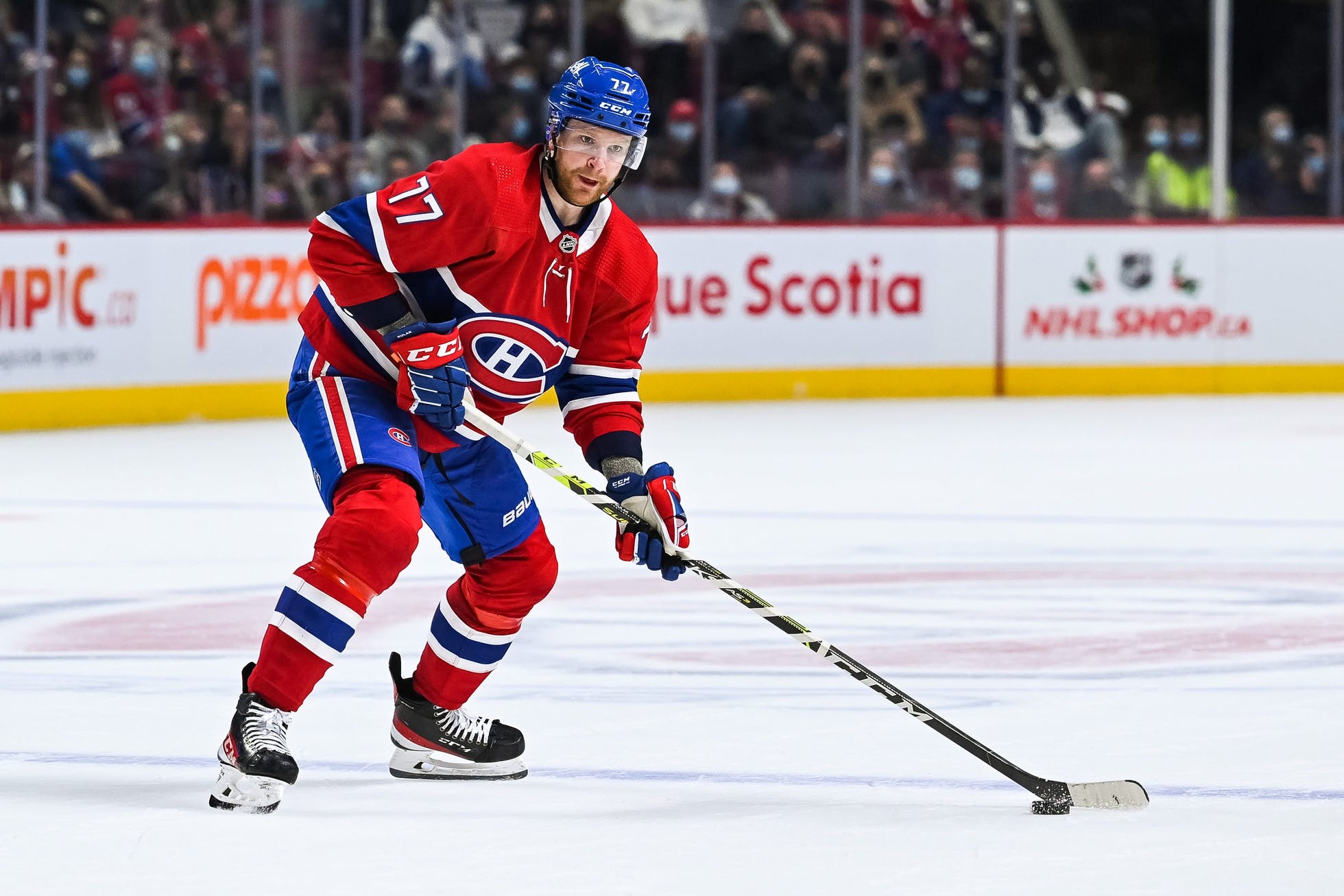 By Ryan Pike
10 months ago
In 2012, the Calgary Flames drafted Brett Kulak from the Western Hockey League’s Vancouver Giants. In 2018, they traded him to the Montreal Canadiens. This March, with the hockey club enjoying their best on-ice season in years, they Flames should strong consider bringing Kulak back at the trade deadline.
Kulak was selected by the Flames in the fourth round of the 2012 NHL Draft. He soon became one of their better AHL defenders, essentially a Western Canadian version of Oliver Kylington from a few seasons earlier.
Kulak spent parts of four seasons with the Flames, playing 101 NHL games with the big club but basically wobbling between the NHL’s third pair and the AHL’s third pair. Following an occasionally contentious arbitration process in 2018, he was traded to Montreal for minor-leaguers Rinat Valiev and Matt Taormina.
There’s been some debate regarding why Kulak was traded to Montreal over the years. Part of it was probably some of the damage done to the relationship between team and player during the arbitration process, but one of the big reasons was the Flames had high hopes for 2017 first-round pick Juuso Valimaki and wanted to clear his potential path to the NHL.
Three years and change later, the Flames are in a much different situation.
Coming out of the All-Star Break, the Flames are in a wildcard playoff spot by points. By points percentage, which controls for teams having varied games played, the Flames are second in the Pacific Division, right on Vegas’ heels. According to The Athletic’s projections, the Flames have a 93% chance of qualifying for the playoffs.
But as we’ve noted in our explorations of the team’s depth chart: the Flames could use some help in a few spots, one of which is on the blueline.
On the right side, the Flames have four players who could be good in a pinch: Rasmus Andersson, Chris Tanev, Erik Gudbranson and Michael Stone. They’re set. But the left side is lean. Once you get past the NHL regulars – Kylington, Noah Hanifin and Nikita Zadorov – their next men up are two guys with very little NHL experience: Connor Mackey and Valimaki.
Valimaki’s lack of NHL progress to this point may be the biggest reason for reacquiring Kulak. At this point, Valimaki is still a promising NHL prospect, but he needs seasoning and confidence and throwing him into the playoff fire might not be the best thing for him.
Kulak, on the other hand, is ideal inexpensive depth.
Based on our projections, the Flames can add about $5.6 million in cap hits at the trade deadline. Kulak’s cap hit is $1.85 million, so the Flames could add him for a mid-round pick and still have $3.75 million to spend.
Aside from being inexpensive, Kulak is good at the things the Flames like being good at. According to Evolving Hockey’s modelling, Kulak has been a consistently above replacement level defensive player since leaving Calgary (worth between 2.9 and 5 goals above replacement defensively at even strength). He plays an up-tempo puck-moving game, but his offensive results have varied, and he’s likely worth about 10 or 11 points over a full season. If nothing else, he’s a slight stylistic difference from the physical play of Nikita Zadorov (and perhaps a defensive upgrade on him, too).
Of all the potential trade market solutions, Kulak may be the comfortable “devil they know” for the Flames. He broke into pro hockey under Ryan Huska in Adirondack and Stockton. He played parts of three seasons with Kirk Muller in Montreal. He’s also accumulated 23 games of playoff experience over the past two seasons, so the Flames would probably feel more comfortable throwing him into the playoff fire than Valimaki or Mackey since he’s been in that environment recently. (This is why Flames management biting the bullet and trading for him makes sense, even though he was previously traded: it would be a pragmatic move given how Valimaki’s development has twisted and turned in recent seasons.)
Is Kulak a perfect solution? Not really, but the Flames don’t need to add a perfect defender in the trade market. They have a strong top two pairings, and their third pairing has been functional – Erik Gudbranson has quietly been strong in his own end and on the penalty kill. Their biggest needs are forward upgrades, so swapping a pick to Montreal for Kulak would give the Flames a player that could slot in if needed, but would be inexpensive enough that they wouldn’t lose sleep if he was parked in the press box for stretches of games.
The Flames could use an insurance policy on the left side of their blueline in much the same way Stone is their right side insurance. Kulak could be useful, inexpensive insurance for them.