Why the Calgary Flames should try to acquire Elias Lindholm’s cousin, Calle Jarnkrok 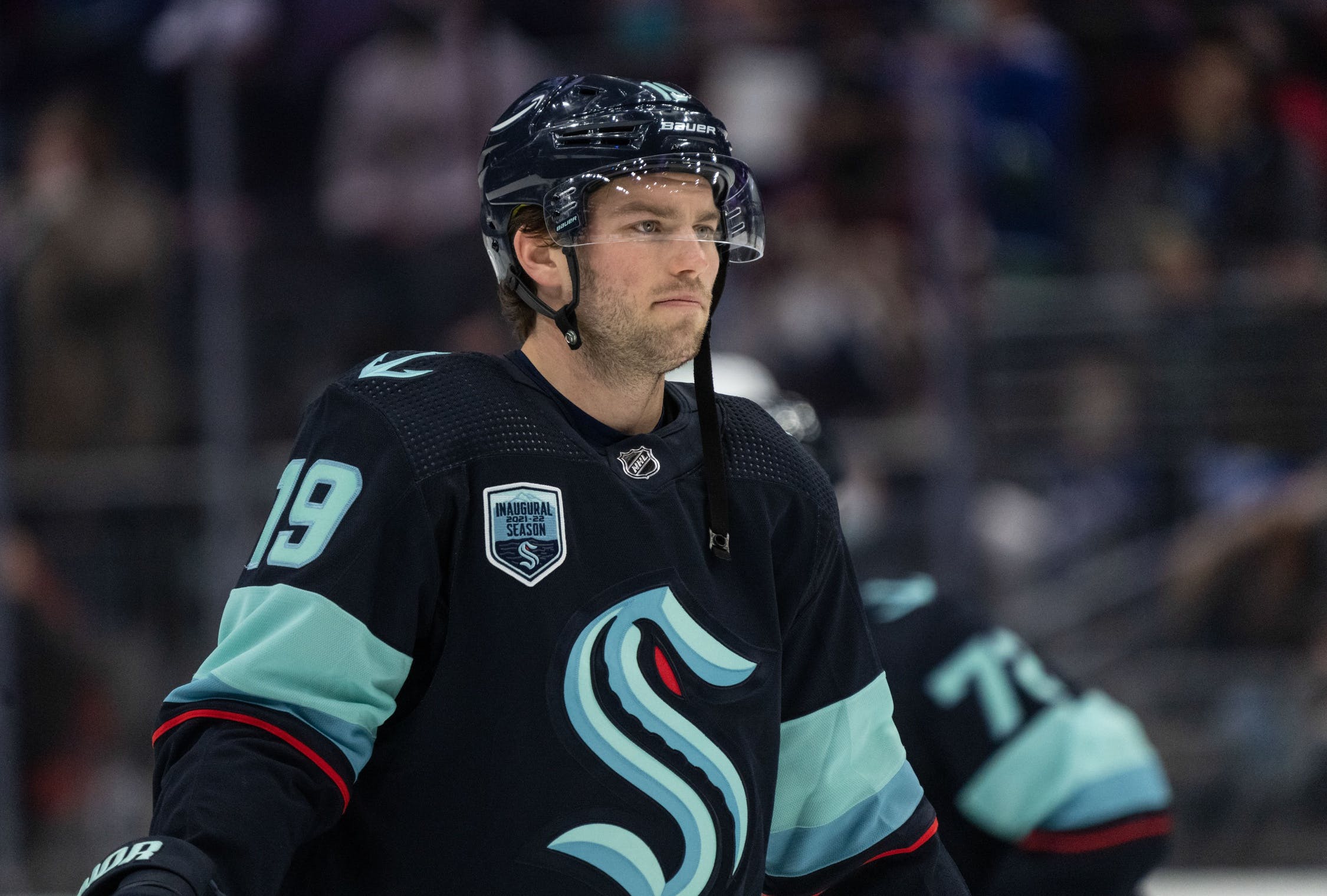 By Ryan Pike
11 months ago
Hockey’s a weird game, friends. Players on a hockey club are so inter-related and inter-connected that you could try to go all Mr. Burns and construct a entire team of high-end ringers, and there’s no guarantee that team would be any good once the puck dropped. Chemistry is a huge reason why some trade deadline additions work and why some just fizzle out.
So let’s talk about one potential addition that seems like he would have chemistry with the Calgary Flames: Seattle Kraken forward Calle Jarnkrok.
Jarnkrok is 30 years old. He’s a product of scenic Sweden, and he’s Elias Lindholm’s cousin. Moreover, he played at World Championships with Sweden previously with Jacob Markstrom and Mikael Backlund. So if nothing else, Jarnkrok will be familiar with some key teammates and he probably already knows a thing or two about Darryl Sutter’s approach and systems from his cousin.
Jarnkrok is also really versatile and useful. He’s a right shot forward, but he can play all three forward positions. He’s taken the sixth-most face-offs for the Kraken and if you treat that as a proxy for roughly how much he plays up the middle, he gives the Flames another option. (Functionally, you’re replacing Tyler Pitlick or Brett Ritchie with somebody good and flexible, albeit someone that might not play as physical as Ritchie.)
The Kraken haven’t been particularly good this season and so Jarnkrok’s individual stats are a bit disappointing this season. But over the past three or four seasons he’s shown to be a consistently effective even strength player, both offensively and defensively comfortably above replacement level according to Evolving-Hockey. He hasn’t been great at either side of special teams, but if the idea is you inject him into the middle six as a way to provide more versatility, he makes the team much deeper.
As a bonus, Jarnkrok is very inexpensive given what he does. He’s a pending unrestricted free agent making just $2 million against the salary cap. The Flames have $5.6 million worth of deadline day cap space available, so they could add Jarnkrok and still have room left to do a few other things. And they wouldn’t necessarily need to pay Seattle a premium to retain salary to make the cap math work.
The other side of the coin is that because Jarnkrok’s cap hit is so low, a lot of teams can afford him. So that might create a bit of a bidding war for his services. Based on past years and his role, the rough price tag you could expect for Jarnkrok’s services would be around a second-round pick. (Maybe a secondary prospect would need to be added, too.)
Given all the things Jarnkrok could bring to the table, that’s not an awful price to pay.