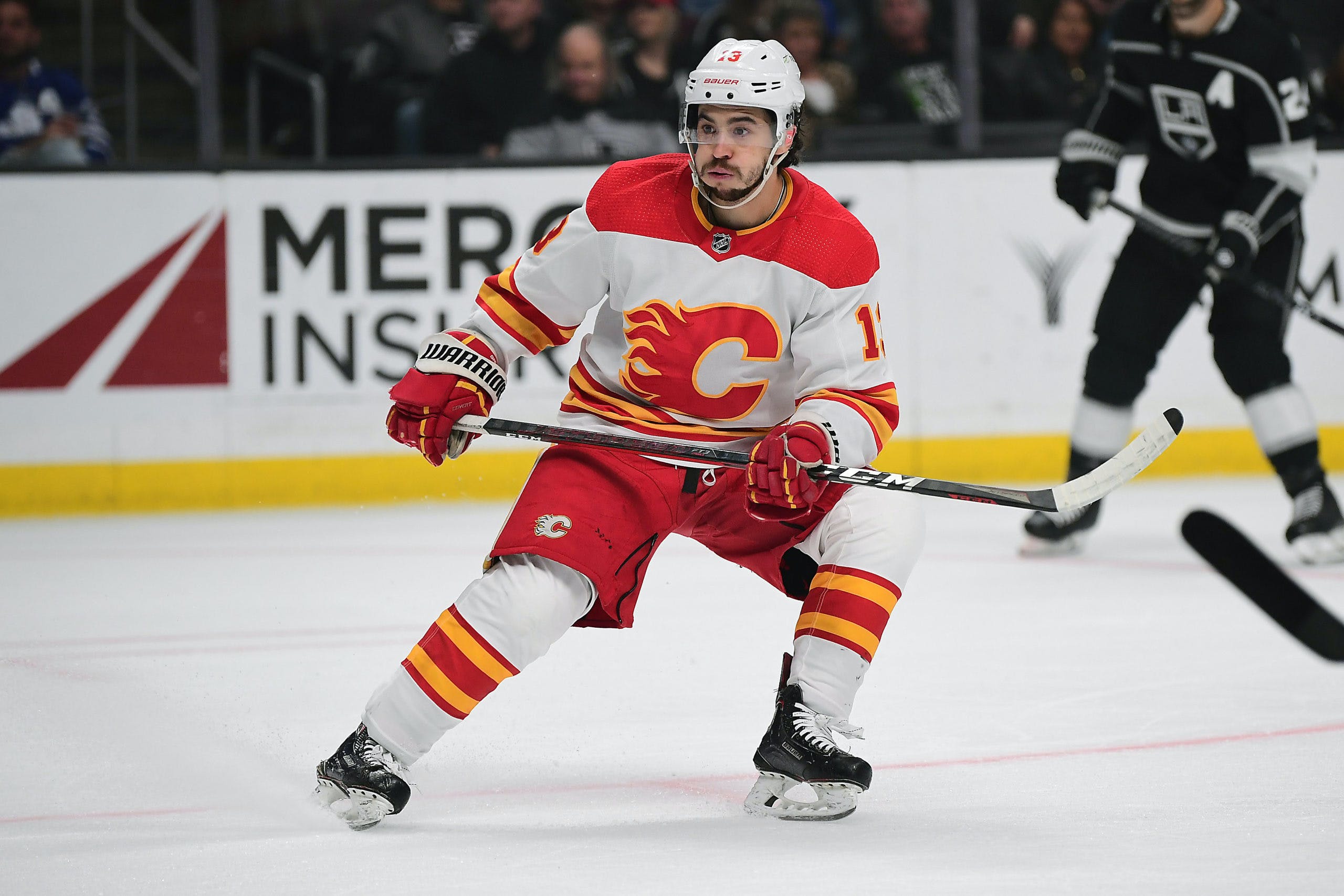 By Ryan Pike
7 months ago
Friends, the Calgary Flames are in the midst of a challenging off-season. Johnny Gaudreau is a pending unrestricted free agent, in case you haven’t heard, and a slew of other key players are free agents of various stripes. With several players needing new deals – and raises – the prospect of Gaudreau leaving as a free agent could be seen as a solution of sorts to the team’s impending cap challenges.
When we dig into the numbers: it won’t solve all of the Flames’ problems, but it’ll provide them with much more cap flexibility.
Here are the players currently under contract for 2022-23 (cap hits via PuckPedia):
*- Valimaki and Mackey are on one-way deals for 2022-23 and require waivers to be assigned to the AHL, so we’re including them in these calculations
Alright, so these 14 players leave the Flames with $26.013 million in cap space for a defenceman and five forwards to give the Flames the minimum roster size allowed.
Let’s spend some money, using the contract projections at Evolving-Hockey as a guide:
These signings get the Flames to 17 players – two goaltenders, six defencemen and nine forwards – and leave them with $7.63 million in cap space. At this point the Flames can fill out their roster with some low-cost players and/or re-signings. Jakob Pelletier has an $863,333 cap hit and is already under contract. Trevor Lewis and Adam Ruzicka could both likely be re-upped for around $800,000 apiece. Adding those three onto the team give the Flames a compliant basic roster of 20 players and leave them with $5.167 million in remaining cap space.
So the Flames have a roster that meets league requirements without needing to beg another team to take Sean Monahan or Milan Lucic’s deals off their hands.
With this space, the Flames could re-sign Erik Gudbranson for somewhere between $2.5 and $3 million. Or they could go out and try to upgrade their forward group, possibly looking to replace Gaudreau with somebody like Filip Forsberg (or Andre Burakovsky or Ondrej Palat or Valeri Nichushkin)… though to fit any of those players, they would probably need to find a new home for Monahan, Lucic, or somebody else.
Would the Flames be a better hockey club without Gaudreau (and his inevitably hefty contract)? Definitely not. Losing your best player makes your team worse far more often than not. But Gaudreau exploring other employment locales would give the Flames much more flexibility under the salary cap ceiling going forward, and make it much, much easier to keep Tkachuk, Mangiapane, Kylington (and others) long-term.