The first Flames goal scored against every franchise 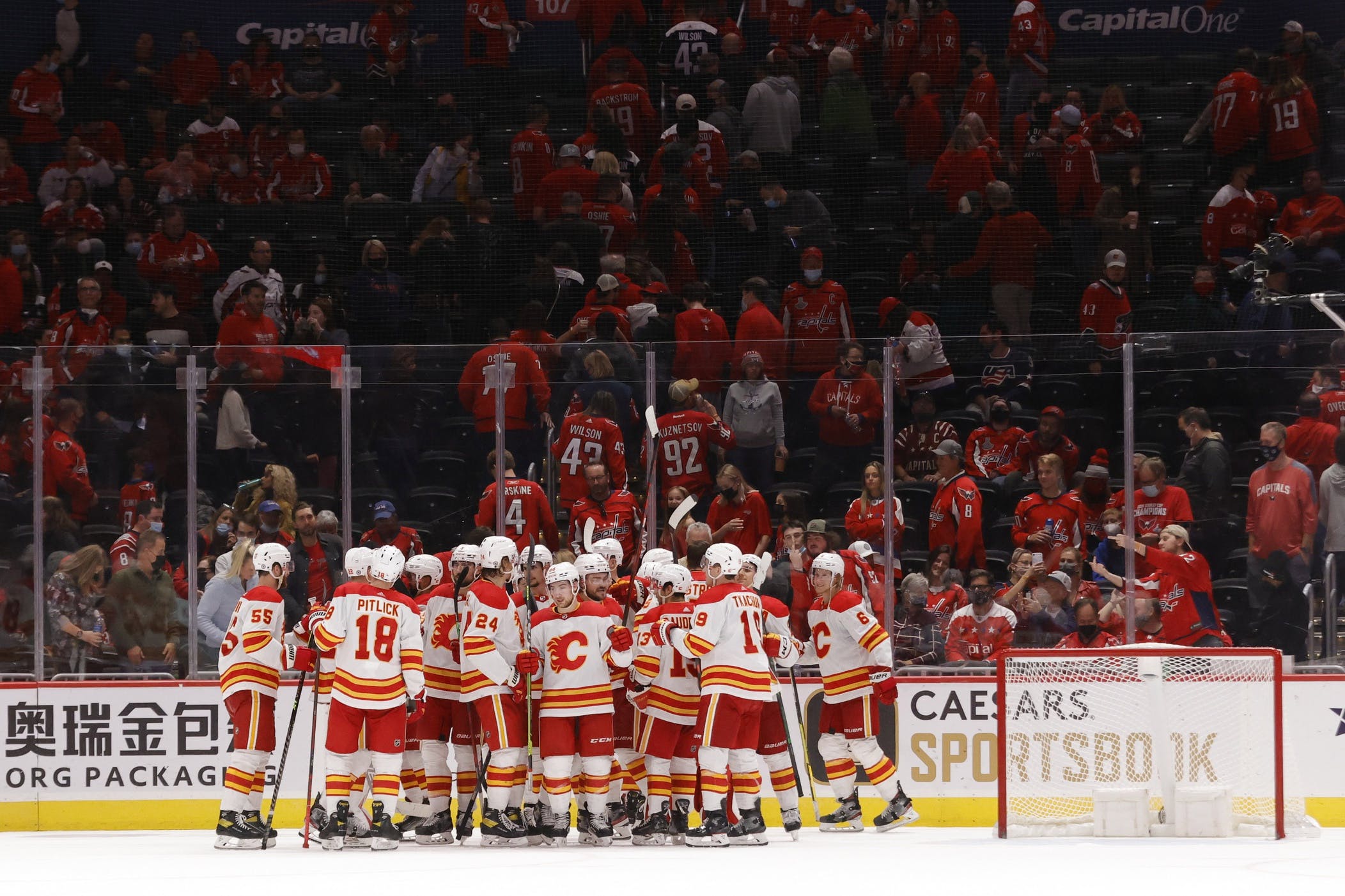 By Ryan Pike
1 year ago
As of now, the Calgary Flames are scheduled to play the Seattle Kraken on Thursday night in Seattle, the first time the two franchises have ever played each other.
A few weeks back, our pal Seth Rorabaugh (of Tribune-Review Sports in Pittsburgh) broke down the first goal the Penguins have scored against each and every NHL franchise.
It sounded fun, so we did the same thing! Our rules: it’s the entire Flames franchise’s history, so Atlanta counts, but we broke out teams before and after relocations if they changed their names.
* – the first Flames/North Stars game was a 6-0 Minnesota win
** – the first Flames/Canadiens game was a 3-0 Canadiens win
*** – the first Flames/Bruins game was a 4-0 Bruins win
^ – denotes a relocated team