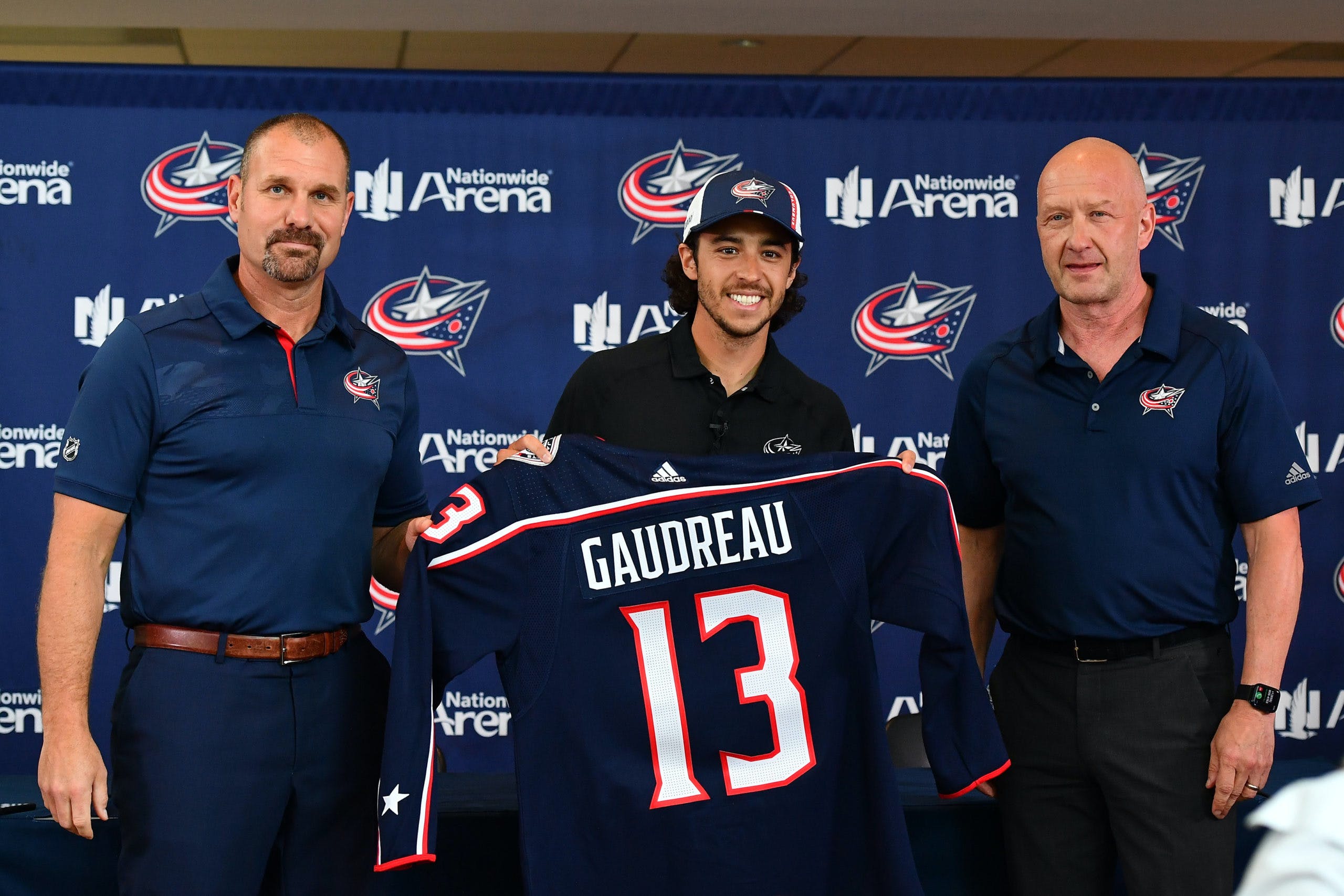 By Ryan Pike
1 month ago
Be sure to check out NHL betting site Betway for the latest Flames game day odds!
After a really productive homestand, the Calgary Flames (13-10-3, 29 points) are headed east for a three games in four nights road trip. First up? The Columbus Blue Jackets (8-15-2, 18 points), Johnny Gaudreau’s new team coming off a blowout loss against Buffalo and trying to get some traction in the Eastern Conference standings.
The broadcast begins at 5 p.m. MT on Sportsnet West and Sportsnet 960 The Fan!

Projected lines courtesy Daily Faceoff:
Huberdeau – Lindholm – Toffoli
Dube – Kadri – Mangiapane
Ruzicka – Backlund – Coleman
Lucic – Zohorna – Lewis
Hanifin – Andersson
Weegar – Tanev
Zadorov – Stone
Per reports from morning skate, Jacob Markstrom is projected to start with Dan Vladar backing him up. (It’s a back-to-back, so it seems likely that Vladar starts in Toronto.) The projected extras are Connor Mackey, Matthew Phillips and Brett Ritchie.
The Flames have won three in a row, and four of their last five games. They’ve been playing pretty good hockey for awhile, arguably dating back the last month, but after finding ways to lose games earlier on… they’ve been finding ways to win. And that’s got them looking confident rather than hesitant, and that makes them a challenging team to play against lately.
Keep an eye on Nazem Kadri and Tyler Toffoli, who each hit double-digits in goals for the season on Wednesday against Minnesota.

Projected lines courtesy Daily Faceoff:
Gaudreau – Jenner – Johnson
Laine – Roslovic – Chinakhov
Nyquist – Sillinger – Marchenko
Robinson – Kuraly – Olivier
Gavrikov – Bjork
Berni – Gudbranson
Bayreuther – Peeke
We’re projecting Joonas Korpisalo to start, backed up by Elvis Merzlikins. The projected extras are Jake Christiansen, Liam Foudy and Carsen Meyer.
So, uh, Johnny Gaudreau signed with the Blue Jackets and likely left money on the table to do so. He had this reasons, and they’re perfectly valid, prudent, and given his life and family situations, he probably made the right decision. He just had a baby girl. Life off the ice is probably good for him these days.
But man, from a hockey perspective, things are challenging for Gaudreau and the Jackets. They got whomped by Buffalo by a 9-4 score on Wednesday night. They’ve lost three in a row, six of their last seven, and seven of the last nine. They’re missing a ton of regulars due to injury. They’re closer to Connor Bedard territory than the playoffs. Gaudreau’s having a productive season, with 28 points in 25 games, but the Jackets are a bit of a mess right now.

This is the first of two games between these clubs this season. The Flames won both of their games with Columbus last season.