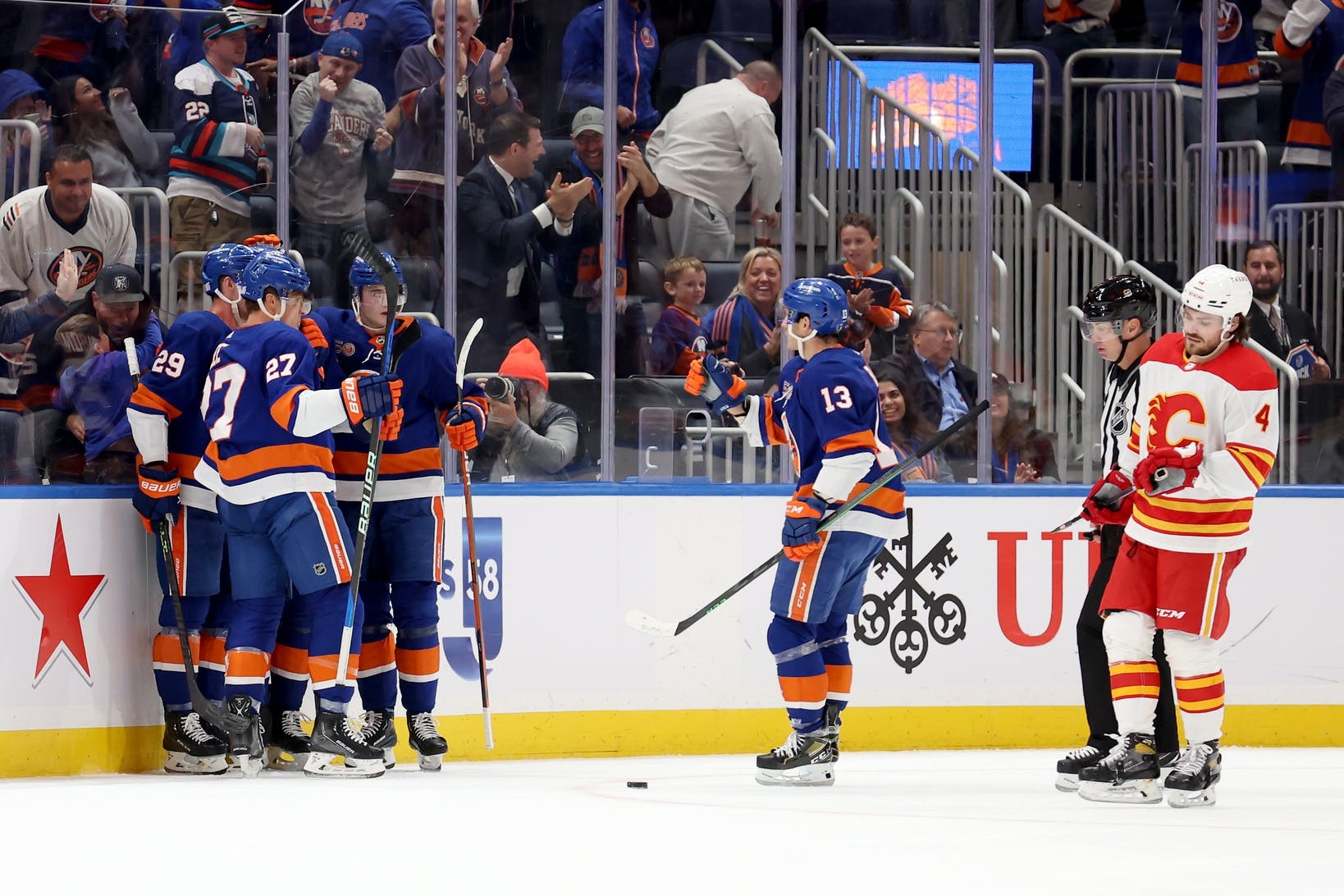 By Ryan Pike
28 days ago
Be sure to check out NHL betting site Betway for the latest Flames game day odds!
After an arduous road trip that involved a night spent in Winnipeg, the Calgary Flames (18-14-7, 43 points) are back at home, albeit briefly, for a game against the New York Islanders (22-16-2, 46 points). The Isles played on Thursday in Edmonton and are suiting up for their third game in four nights.
The broadcast begins at 7 p.m. MT on Sportsnet West and Sportsnet 960 The Fan!

Projected lines courtesy Daily Faceoff:
Dube – Lindholm – Toffoli
Huberdeau – Kadri – Lucic
Mangiapane – Backlund – Coleman
Ruzicka – Zohorna – Lewis
Hanifin – Andersson
Weegar – Tanev
Zadorov – Stone
We’re expecting Jacob Markstrom to start, backed up by Dan Vladar. The projected healthy extra is Connor Mackey. Brett Ritchie’s status remains unclear.
The Flames lost against Winnipeg on Tuesday, but they played pretty well. (You could argue that they played just badly enough to lose.) But in a macro sense, they’re playing quite well, and they’re right in the thick of things in the Western Conference. But they need to keep piling up wins and points, and playing what should be a pretty tuckered Islanders team is a golden opportunity.

Projected lines courtesy Daily Faceoff:
Bailey – Barzal – Cizikas
Lee – Nelson – Fasching
Parise – Pageau – Beauvillier
Martin – Raty – Clutterbuck
Romanov – Dobson
Aho – Pulock
Wotherspoon – Mayfield
We’re projecting Semyon Varlamov to start, backed up by Ilya Sorokin. Thursday’s extras were Robin Salo and Ross Johnston. We’ll see how much they shuffle the deck at warm-up.
The Islanders were the second-best team when they played Edmonton – that’ll happen sometimes – getting out-shot 38-22 and losing 4-2 in a game where they never had a lead. This is the final game of a four game trek through the Pacific Division; the Islanders have gone 1-2-0 in the first four games – the lone win was against Vancouver.

The Flames are without Oliver Kylington and Brett Ritchie.
The Islanders are without Adam Pelech, Oliver Wahlstrom, Kyle Palmieri and Simon Holmstrom.

This is the second of two meetings between these clubs. The Islanders beat the Flames in overtime at UBS Arena back in November.