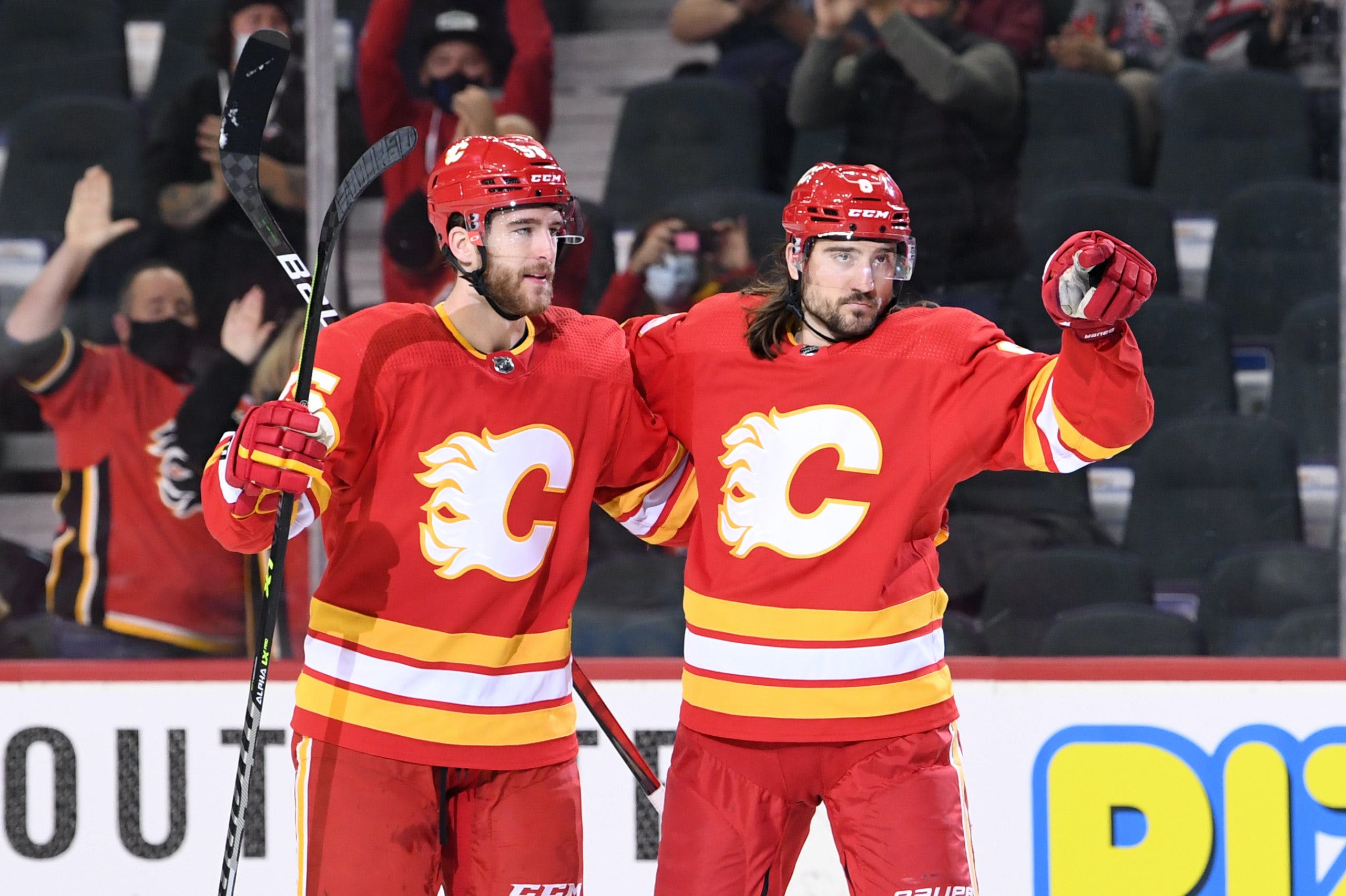 By Ryan Pike
24 days ago
Be sure to check out NHL betting site Betway for the latest Flames game day odds!
On Sunday, the Calgary Flames (19-14-8, 46 points) attempted unsuccessfully to win their 20th game of the season. But as the old saying goes: “If at first you don’t succeed, try, try again against St. Louis twice in the next three days.” The Flames face the St. Louis Blues (20-18-3, 43 points) at the Enterprise Centre on both Tuesday and Thursday evenings, and perhaps this double-header will give the Flames what they need: a bunch of points in the standings.
Tuesday’s broadcast begins at 6 p.m. MT on Sportsnet West and Sportsnet 960 The Fan!

Projected lines courtesy Daily Faceoff:
Dube – Lindholm – Toffoli
Huberdeau – Kadri – Lucic
Mangiapane – Backlund – Coleman
Duehr – Ruzicka – Lewis
Hanifin – Andersson
Weegar – Tanev
Zadorov – Stone
We’re expecting Jacob Markstrom to start, backed up by Dan Vladar. The projected extras are Connor Mackey, Jakob Pelletier and Radim Zohorna. The only expected change from Sunday’s lineup as Walker Duehr slotting in, bumping Zohorna to the press box.
The Flames got a point on Sunday, and against another opponent that might be fine. But they were playing last-place Chicago, and the Flames looked really blah for big chunks of the game. It took a heroic bit of netminding from Vladar and two power play goals to get the Flames to overtime. A point is still useful, and the Flames aren’t exactly in a position to be thumbing their nose at anybody these days, but Chicago’s a team they need to find ways to maximize points against.
The expectation has to be that the Flames will be more tactical and engaged from the get-go, otherwise it’s going to be a challenging evening against the Blues.

Projected lines courtesy Daily Faceoff:
Buchnevich – Thomas – Kyrou
Saad – Schenn – Barbashev
Neighbours – Acciari – Walker
Toropchenko – Alexandrov – Pitlick
Mikkola – Parayko
Tucker – Faulk
Rosen – Santini
Per reports from the rink, Jordan Binnington is expected to start for the Blues, backed up by Thomas Greiss (who’s coming off a shutout on Sunday against Minnesota). Weird, especially considering Greiss was excellent against Calgary last month. The expected extras are Josh Leivo and Dmitri Samorukov.
The Blues are missing a ton of important players right now – the most recent player to go down was Robert Bortuzzo, who was placed on the injury reserve on Monday. But despite missing roughly eight regulars, the Blues are soldiering on and remain firmly in the Western Conference’s playoff picture. They’re not a team that overwhelms their opponents, but they work hard, they play with pace and structure, and they’re a tough night at the office for whoever they play.
The Flames will need to play some smart, sound, tactical hockey in order to leave the Gateway City with two (or four) points by the end of Thursday evening.

This is the second of three games between these teams this season. The Flames lost to the Blues in Calgary by a 5-2 score back in December. Connor Mackey scored both of Calgary’s goals.