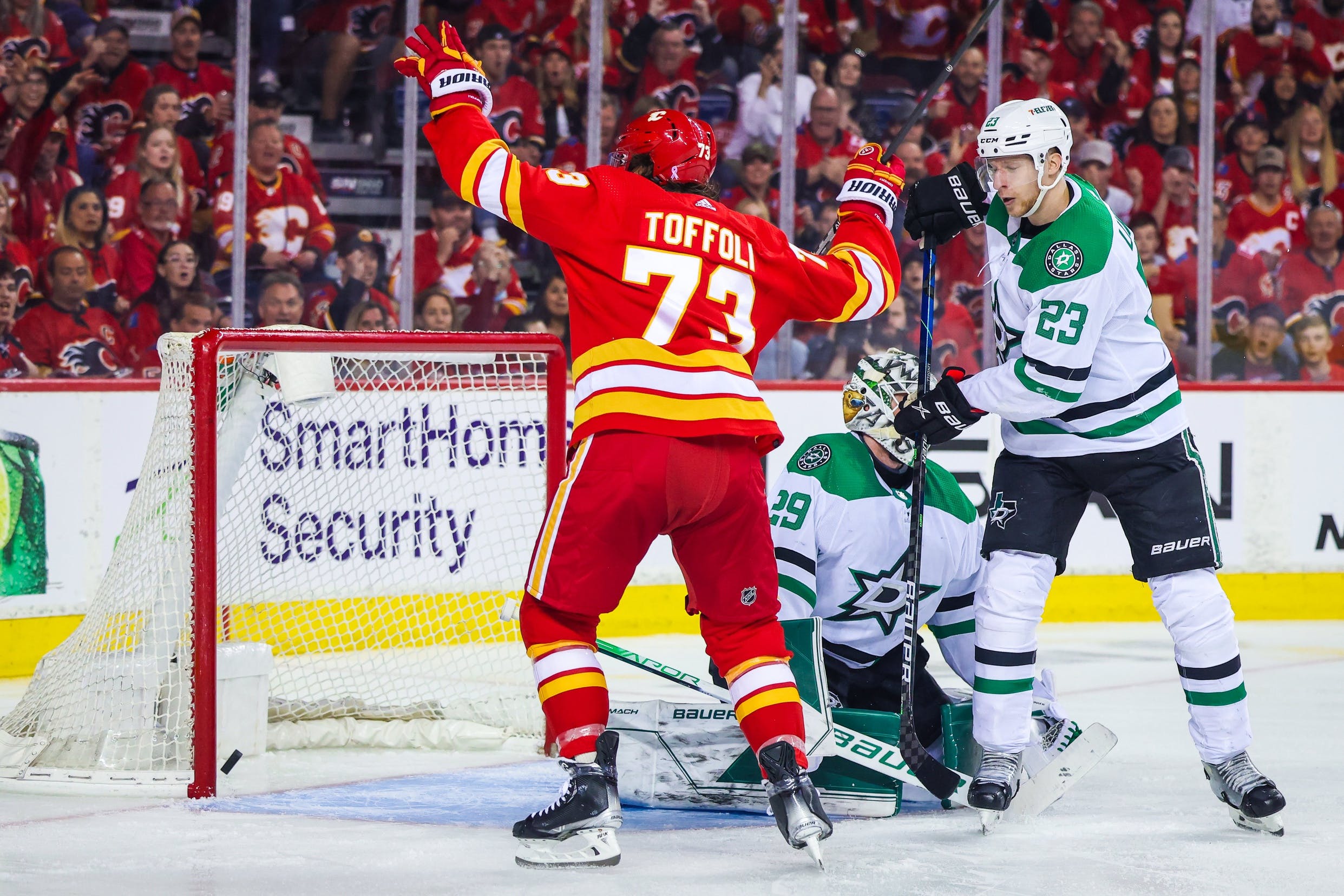 By Ryan Pike
13 days ago
Be sure to check out NHL betting site Betway for the latest Flames game day odds!
After a pretty impressive win on Thursday in St. Louis, the Calgary Flames (20-14-9, 49 points) head down to the heart of Texas to face the Dallas Stars (25-11-7, 57 points) in a rematch of last season’s dramatic first round playoff battle!
The broadcast begins at noon p.m. MT on Sportsnet West and Sportsnet 960 The Fan! Grab some brunch and tune in!

Projected lines courtesy Daily Faceoff:
Dube – Lindholm – Toffoli
Huberdeau – Kadri – Lucic
Mangiapane – Backlund – Coleman
Duehr – Ruzicka – Lewis
Hanifin – Andersson
Weegar – Tanev
Zadorov – Stone
Dan Vladar starts for the Flames, backed up by Jacob Markstrom. The projected extras are Connor Mackey and Jakob Pelletier.
The Flames have points in four games in a row, including going 1-0-2 in the first three games of this five game road trip. They’re a win away from breaking even on this road trip and averaging a point per game. If they can scrape together a point (or a win) against Dallas, this could end up being a really successful trip.
The key to success for the Flames? Consistency. When they get to their game early and stick to their structure and their forecheck, they can be a tough team to beat.

Projected lines courtesy Daily Faceoff:
Robertson – Seguin – Pavelski
Benn – Johnston – Marchment
Gurianov – Faksa – Dellandrea
Olofsson – Glendening – Kiviranta
Heiskanen – Miller
Suter – Lundkvist
Lindell – Hakanpaa
We’re projecting Scott Wedgewood to start, backed up by Jake Oettinger. The Stars’ lone healthy extra is Joel Hanley. Roope Hintz is day-to-day with an injury but remains on the active roster.
So, Dallas is really good this season. Oettinger’s been great this season. Jason Robertson is awesome, sixth in the league in scoring and has as many goals as Alex Ovechkin this season. After being a scrappy underdog wildcard playoff team last season, they’ve followed it up really nicely and they’re battling with the Winnipeg Jets for the top spot in the Central Division.
They’re a really good team. This could be a tough afternoon at the office for the visitors.

This is the first of three games between these teams this season. Last season, the Flames won two of three meetings with Dallas in the regular season (their lone loss was in overtime) and beat Dallas in seven games in the playoffs.