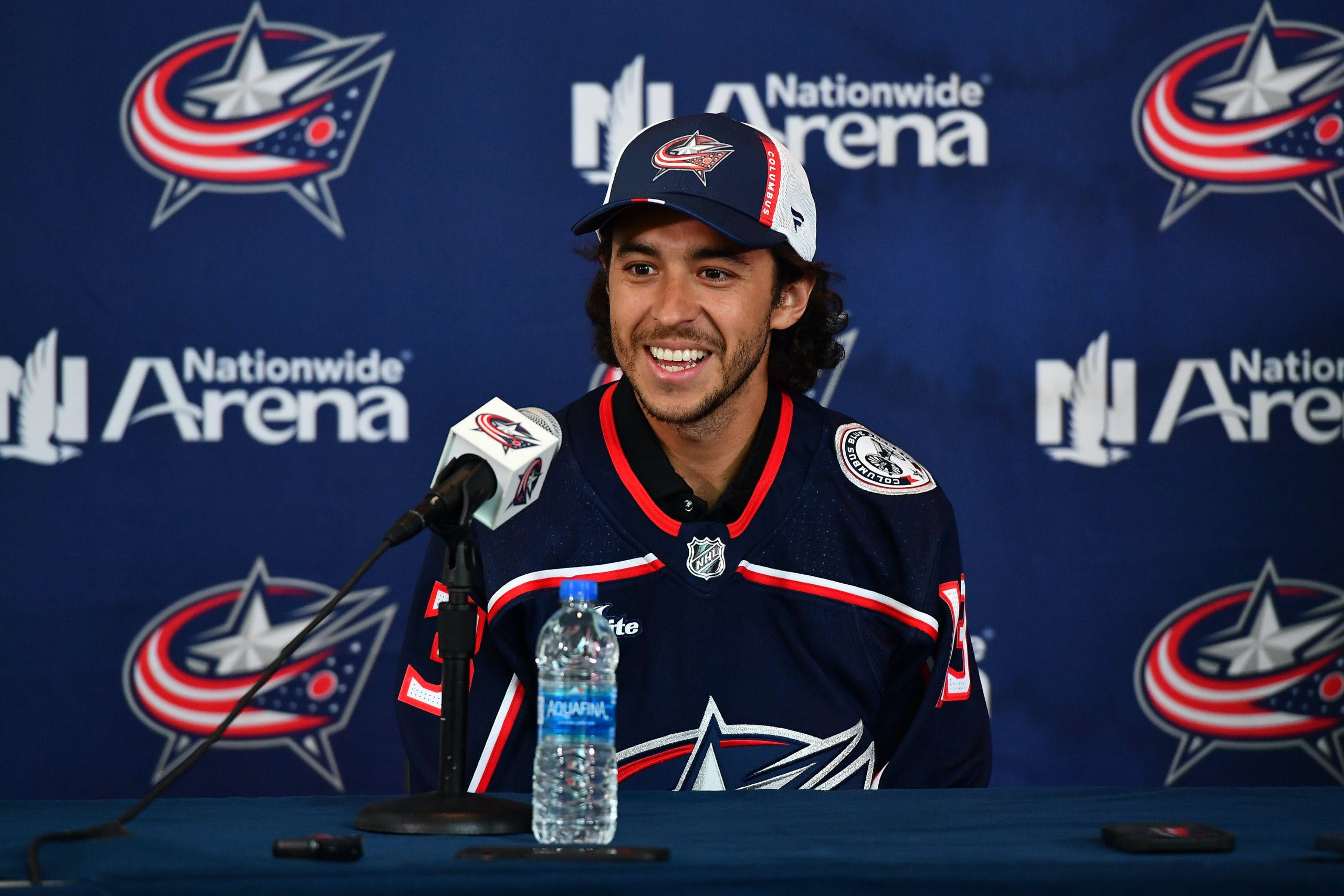 By Ryan Pike
11 days ago
Be sure to check out NHL betting site Betway for the latest Flames game day odds!
After a big win on Saturday afternoon over Tampa Bay, the Calgary Flames (22-16-9, 53 points) are back in action at the Scotiabank Saddledome on Monday night. And they have an interesting hockey game ahead of them, as the Columbus Blue Jackets (14-30-2, 30 points) are in town, along with former Boston College star Johnny Gaudreau, who played in the NHL for the past several seasons with a team whose name escapes our memory. (They wore red, we think…)
The broadcast begins at 7:30 p.m. MT on Sportsnet West, Sportsnet One and Sportsnet 960 The Fan! (It’s also being carried in the United States on ESPN+ and Hulu, so if the game starts a bit later than usual, you know why.)

Projected lines courtesy Daily Faceoff:
Dube – Lindholm – Toffoli
Lucic – Kadri – Huberdeau
Mangiapane – Backlund – Coleman
Pelletier – Lewis – Duehr
Hanifin – Andersson
Weegar – Tanev
Zadorov – Stone
We’re projecting Dan Vladar to start in net, backed up by Jacob Markstrom. The projected extras are Connor Mackey and Adam Ruzicka.
The Flames played a really good Tampa Bay team on Saturday, and beat them by virtue of one of their better efforts of the season. They were the better team at five-on-five and on special teams, and the Flames weathered the storm well when the Lightning pushed back midway through the game. The challenge for the Flames: doing that sort of thing consistently. They have the capability to play this type of hockey; they just need to do it more often. The Flames need to keep things going and keep piling up points.
Keep an eye on Rasmus Andersson, who was really, really good against the Lightning.

Projected lines courtesy Daily Faceoff:
Gaudreau – Roslovic – Laine
Nyquist – Jenner – Johnson
Marchenko – Sillinger – Bemstrom
Robinson – Kuraly – Olivier
Berni – Gudbranson
Gavrikov – Boquist
Blankenburg – Peeke
We’re projecting Joonas Korpisalo to start in net, backed up by Elvis Merzlikins. Their projected extras are Gavin Bayreuther and Liam Foudy.
So, uh, Columbus is in last place in the NHL. Their roster was a work in progress to begin the season, but a slew of injuries have really strained their depth and revealed some weak spots they have. Simply put: they’re a beatable team with a few good top-end pieces. The challenge will be to out-work and out-execute them.
Beloved former Flames Erik Gudbranson and Johnny Gaudreau make their returns to Calgary after their summer departures for Ohio. Expect video tributes, probably split over multiple TV timeouts, and hopefully not too much jeering for two players who were really productive Flames during their tenures.

This is the second of two meetings between these clubs this season. Columbus beat the Flames earlier this season.