Looking at the Calgary Flames when leading, tied and trailing 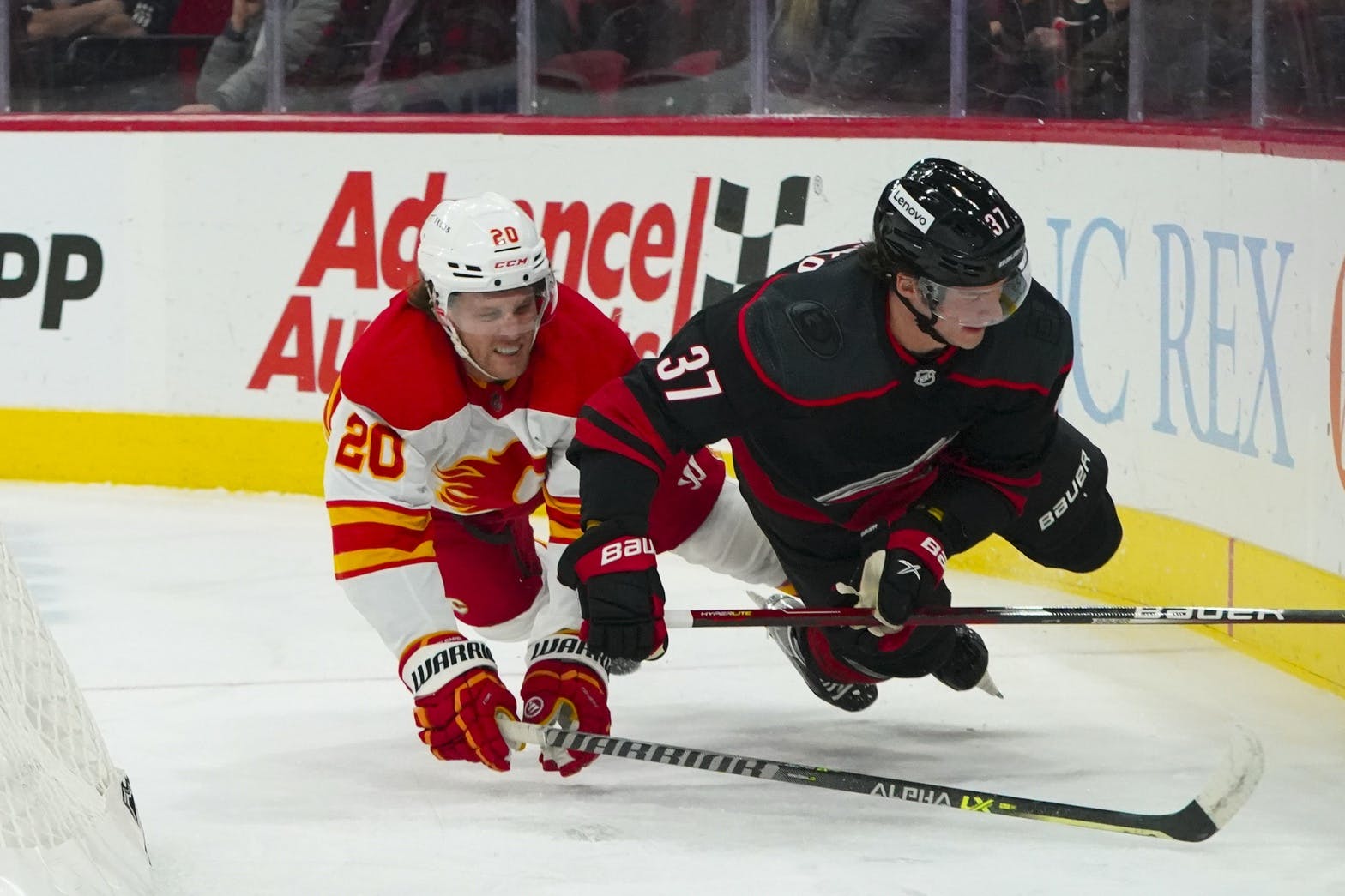 By Ryan Pike
1 year ago
Historically, the Calgary Flames have been a hockey team with some Jekyll and Hyde tendencies. When they play well, they score first and often win without trailing in-game. When they don’t play well, they chase, scramble, and games get away from them.
Digging into their underlying metrics, a few trends emerge.

Record when leading or trailing

Here’s a quick numerical snapshot, via our pals at Natural Stat Trick. To avoid score effects, we’re looking at close games at five-on-five where the Flames are within one goal of their opponent. We’re looking at them generating offense (xGF/60) and suppressing opposition offense (xGA/60), plus a pair of proxies for puck luck in shooting and save percentage.
Offensively, the Flames generate less when they’re leading – that’s likely a product of the other team trying not to get down by a pair – and they allow a bit more than when they’re tied – again likely a product of the other team pushing to tie it back up. The Flames do get strong goaltending and timely scoring in this situation, though.
When tied, the Flames are really good: generating scoring opportunities and suppressing the opposition rather well. They get strong goaltending, but their ability to bury chances is noticeably lessened compared to when they’re leading by 1.
When down by 1, the Flames tend to open things up – for better and for worse. They generate a lot, but they give up a lot, too. Their shooting percentage isn’t great, but their goaltending has been noticeably worse than in other situations. Some of that is luck, some of that is goalie performance, and some of that is the quality of chances that the defenders are allowing in this game situation. (Dan Vladar sees 11.3% more high-danger shots when down 1 than in tied games, while Jacob Markström sees 7.3% more.)

Leading games by 1: The only regular above 60% in expected goals percentage is Brad Richardson, though Andrew Mangiapane, Matthew Tkachuk and Oliver Kylington are quite close. Nobody is below 40%, though every player is a little bit lower in xGF% when leading than in other game situations (again, as the other team pushes to tie things up).
Tied games: The top Flames regulars in tied games at five-on-five on an expected goals percentage basis? Six skaters are above 60%: Dillon Dube, Mangiapane, Tkachuk, Johnny Gaudreau, Elias Lindholm and Chris Tanev. (Rasmus Andersson, Noah Hanifin and Kylington just miss the cut here.) Mangiapane’s shooting 3.0% in this situation, Mangiapane 4.6%. (The lowest xGF% among regulars in tied games belongs to Brad Richardson at 33.24%, but nobody else is below 40%.)
Trailing games by 1: Milan Lucic and Andrew Mangiapane are above 60% in expected goals percentage, with Dillon Dube just missing that cut-off. Richardson and Trevor Lewis are below 40%.

The Flames don’t suddenly become bad at hockey when they’re down in games. But the key to games getting away from them seems to be their defensive play (and a bit of goaltending puck luck). As we’ve seen in prior seasons, the Flames just open up their play in all three zones a bit too much when they’re pushing to tie up games and that often allows the opposition to take advantage of seams, defensive scrambliness, and generally to take advantage of the opportunities that the Flames have provided them.