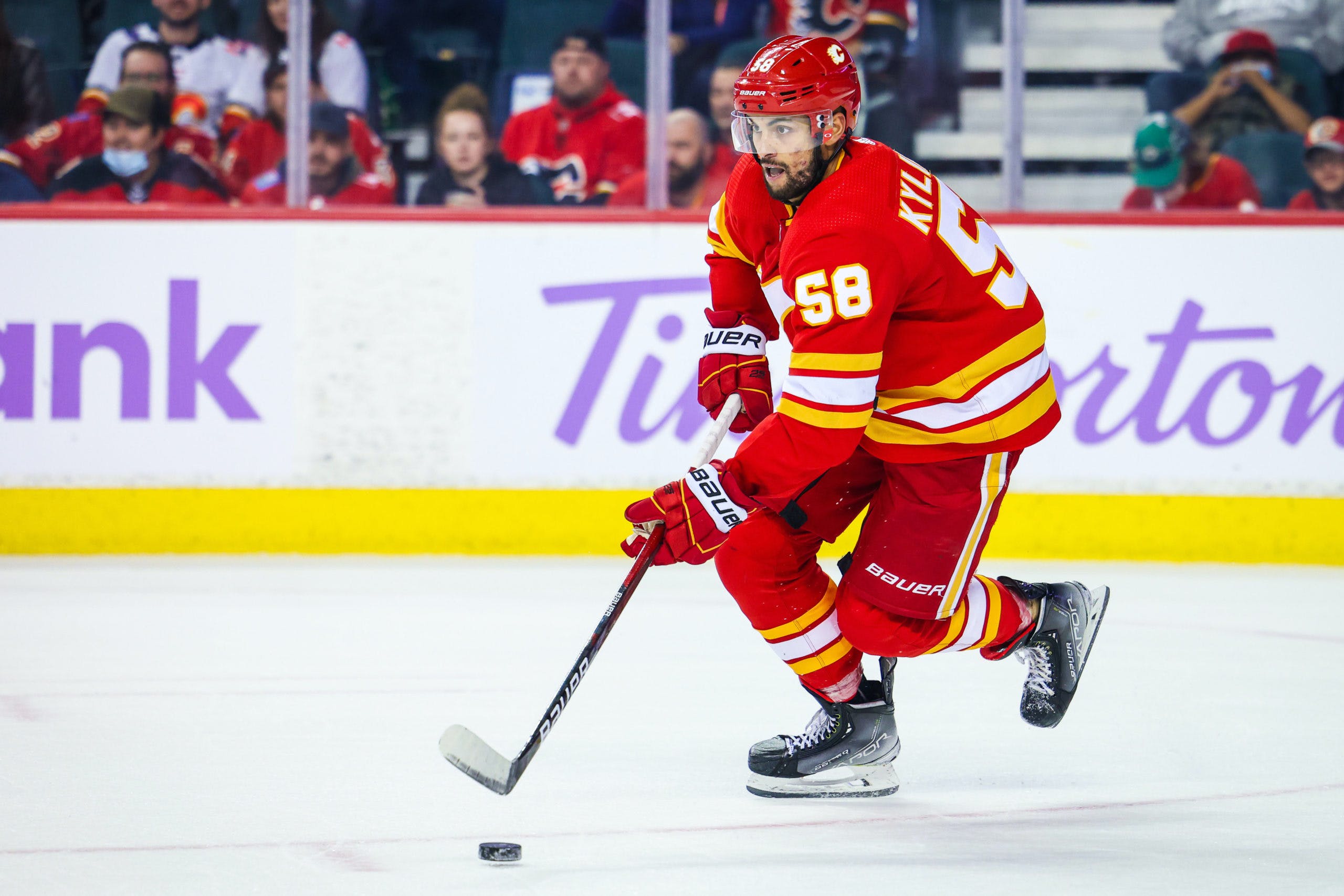 By Ryan Pike
5 months ago
The 2022 NHL Draft will be the ninth for the Calgary Flames under the guidance of general manager Brad Treliving. As we prepare for the upcoming draft, let’s dive into some macro-level trends in the Flames’ drafting under the current regime.

Drafting, at a glance

The Flames have made 51 selections over the prior eight drafts (2014-21), an average of 6.375 per draft. The most picks they’ve made at a single draft is nine (in 2016); the fewest was five (in 2015, 2017, 2018 and 2019).
The Flames have selected five goaltenders, 14 defencemen and 32 forwards (10 left wings, 8 right wings and 14 centres). Among skaters, the Flames have selected 32 left shots and 14 right shots.
The Flames have drafted 45 players in their first year of draft eligibility and six players in their second or third year of eligibility.
10 Flames’ draft picks from 2014-21 have played NHL games, nine of them for the Flames. (This excludes Dustin Wolf, who’s dressed twice as Flames backup but didn’t get any game action in.)
If you’re willing to say that it takes two years to reasonably expect any prospects to push for NHL jobs, then we’re judging 35 picks from 2014 to 2019. So 10 of 35 have played NHL games (28.6%), six have played 200+ games. (Oliver Kylington should cross the 200-game threshold next season.)

37 prospects have reached the point where they had to be signed or the Flames would lose their rights. Here’s a rundown of the outcomes:
14 additional prospects have yet to be signed, but are still eligible: Matt Coronato, William Stromgren, Cole Huckins, Cameron Whynot, Cole Jordan, Jack Beck, Lucas Ciona, Arsenii Sergeev, Jake Boltmann, Daniil Chechelev, Lucas Feuk, Josh Nodler, Demetrios Koumontzis and Mitchell Mattson.
Coronato and Beck seem like sure-fire signings, while a couple of the remaining unsigned prospects could also end up signing.

Here are the leagues that the 51 players were drafted out of, using the highest league that a player spent significant time in as a guideline:
The Flames have drafted 10 college-committed players (plus Kuznetsov, who was already in college), while the remainder were Canadian major-junior players (31) or players contracted to European organizations (9).
Five of the 12 OHL draftees have played NHL games, followed by three WHLers and one from Sweden.

Draftees by country of origin

This might shock you, but the Flames love Canadians. Just under half of the players they’ve selected in the draft have been from scenic Canada.
The Flames have gotten NHL games out of draft picks from Canada (4), Sweden (2), United States (1), Slovakia (1) and Finland (1).
If you were creating the Platonic ideal of what a Flames draft selection is under Treliving’s regime, it would probably be a Canadian-born left shot centre or defenceman from the Ontario or Western Hockey League.