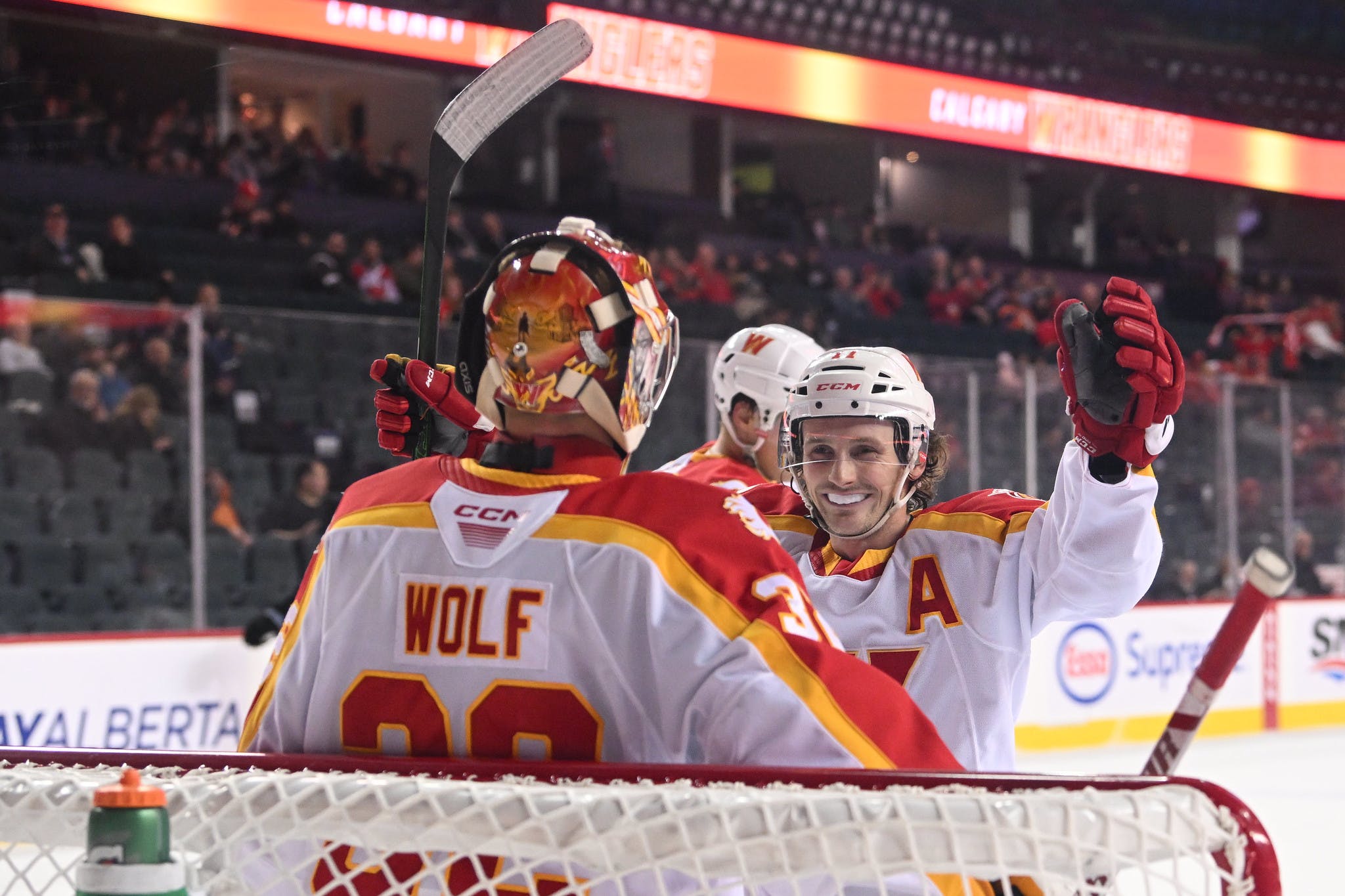 By Ryan Pike
23 days ago
A pair of prominent Calgary Flames prospects have been invited to represent the Calgary Wranglers at the 2023 AHL All-Star Classic. Wranglers goaltender Dustin Wolf and forward Matthew Phillips were named to the Pacific Division’s roster on Wednesday for the upcoming event.
The 21-year-old Wolf was a seventh-round pick in the 2019 NHL Draft. As a rookie in the AHL last season with Stockton, he was named to the AHL’s All-Rookie Team and was named the league’s top goaltender overall. He’s off to a similarly hot start as he was last season. As of this writing, he’s among the AHL league leaders in wins (first), shutouts (first), goals against average (second), save percentage (second) and minutes played (first). Quite simply, as a very young goaltender relative to the league he’s playing in, he’s excellent.
The 24-year-old Phillips as a sixth-round pick in the 2016 NHL Draft. Since going pro in 2018-19, he’s been consistently one of the Flames’ farm system’s most productive offensive players, with 201 points in 226 AHL games. He’s currently the AHL league-leader in goals and sits second overall in points, trailing only Arizona prospect Michael Carcone. He also leads the AHL in game-winning goals. Simply put: Matthew Phillips is good at hockey.
The two players join Wranglers head coach Mitch Love, who will coach the Pacific Division team, at the upcoming event. It’s the first All-Star Classic appearance for each player.
The 2023 AHL All-Star Classic takes place Feb. 5-6 in Laval, Quebec.
News
Recent articles from Ryan Pike