Calgary Wranglers Preview: One game with the Reign 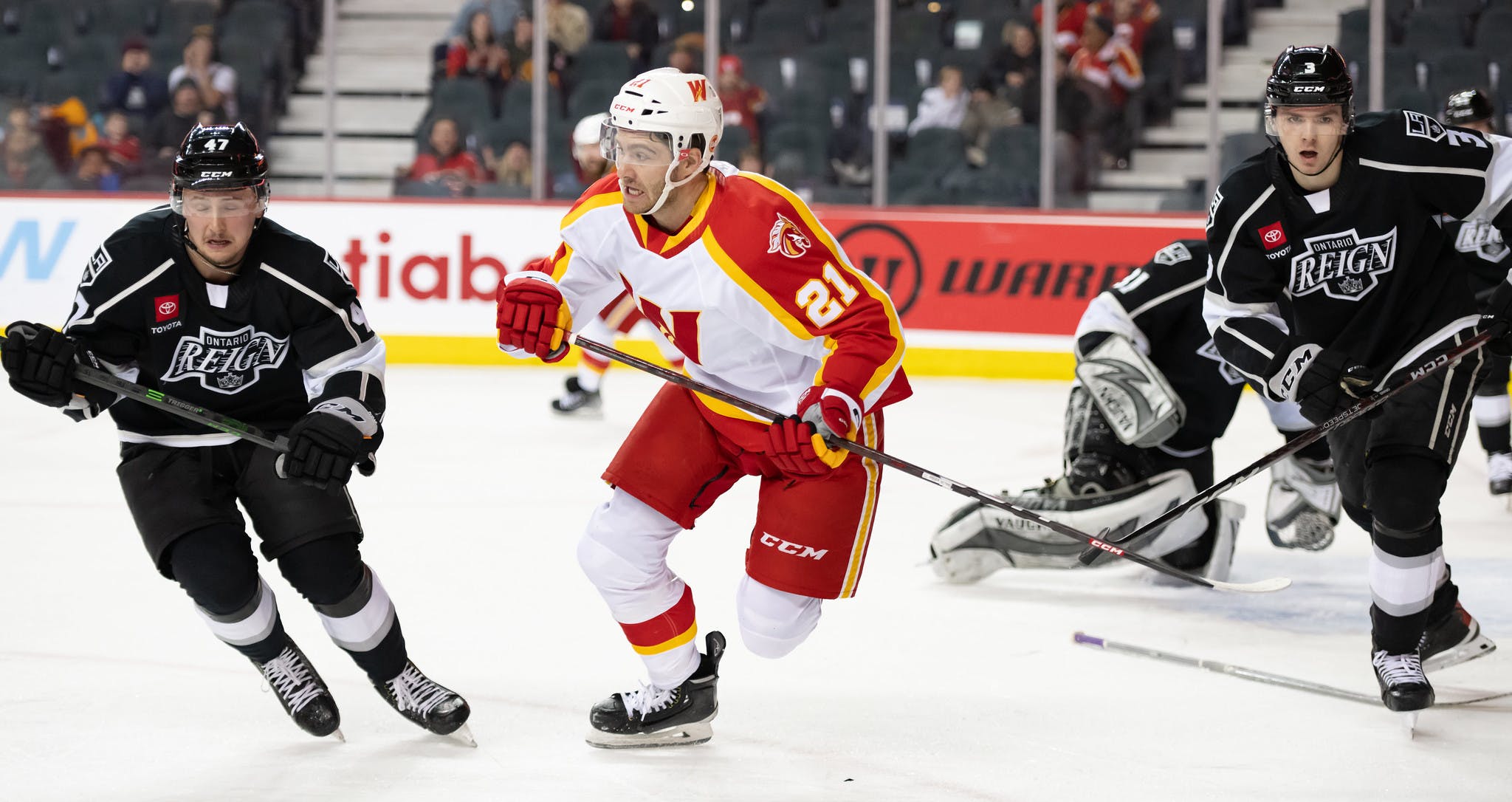 By Paige Siewert
1 month ago
The Calgary Wranglers are sticking around California for one more game on Saturday evening. They will come off a back-to-back as they just finished their series against the Bakersfield Condors on Friday night. They had quite a week against Bakersfield winning 9-2 on Wednesday night and again on Friday in a narrower 2-1 win. They will keep things going into Saturday to play a new opponent for one night.

The last time these two teams saw each other really wasn’t that long ago. They just played each other in Calgary prior to Christmas on Wed., Dec. 21. This was also a special game for both teams where they celebrated Brett Sutter’s 1,000th AHL game. Sutter was with the Reign for seven seasons prior to the Wranglers and served as their captain for five of those years.
This game will be business as usual with all the pleasantries behind them. Ontario is a tough team to get by despite their sixth spot in the Pacific Division. They will want to be climbing in the new year and won’t be taking any games lightly. Even in their last match-up, the Reign lead the Wranglers 2-1 through 40 minutes and the Wranglers came back in the third with four unanswered goals.
As the Wranglers approach the 30 game mark in the season, their goaltender is leading the way in a variety of ways. Dustin Wolf has taken a comfortable lead in key goaltending stats throughout the lead. He leads the win category by four games with 17 on the season. He also leads in shutouts with three, and games played with 22 on the year so far.
The Calgary Wranglers are not the same team they were last year as the Stockton Heat but their high calibre goaltending remains consistent. The opposing scouting reports take that into account and it is no secret around the league that the netminding aspect of this team makes them hard to get past.
The Wranglers have obviously succeeded in this category and with the help of the other guys on the ice, they are helping to relieve the pressure off of Wolf. They have not let many games get down to the wire this year and control the lead and continue to build on it any chance they can.
This series will just be a one-off game before the Wranglers return home in the new year to host the Abbotsford Canucks. Their New Year’s Eve game against the Reign starts at 7:00 p.m. MT. You can watch it on AHL.TV and FlamesNation contributors Mike Gould and myself will have updates on Twitter.
News
Recent articles from Paige Siewert