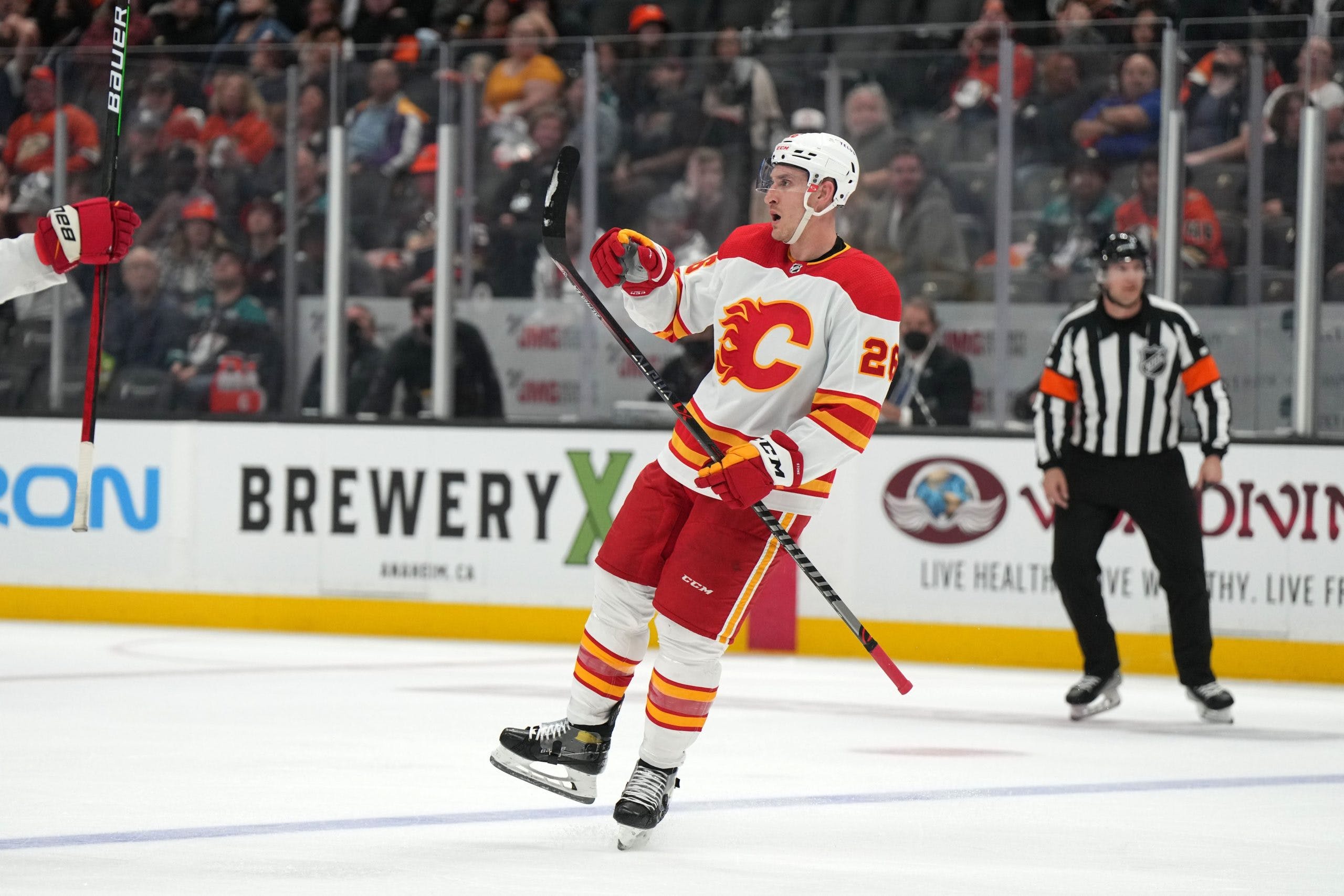 By Ryan Pike
7 months ago
The Calgary Flames continued their four game road trip on Wednesday night, visiting the Anaheim Ducks. In a game where the Flames scored first and never trailed, they ended up skating to a 4-2 victory over Anaheim.
The recap is here, if you missed it. Here are selected highlights and post-game comments from Wednesday night.

Head coach Darryl Sutter
A succinct summary of how the game unfolded: “She’s tough sledding out there. Ice was bad. Quiet crowd. Everything was tough sledding. Just kinda battled through it. Played hard. Got through it.”
On Johnny Gaudreau’s performance: “He was the best player on the ice, that’s for sure.”
On Jacob Markstrom’s performance: “I thought he was solid. They didn’t have a lot. They’re a team that jams a lot. And then, on that power play goal, that shot, I’ve seen Adam Henrique take that a hundred times, that same play… From that same spot. If you ask Marky, he’d probably like that back, but other than that he was good.”
Michael Stone
On scoring the game-winning goal in his 500th game: “That was nice. I had, I don’t know how many chances to do it. I think I hit every defenceman on their team at least once, so it was nice to hit the net.”