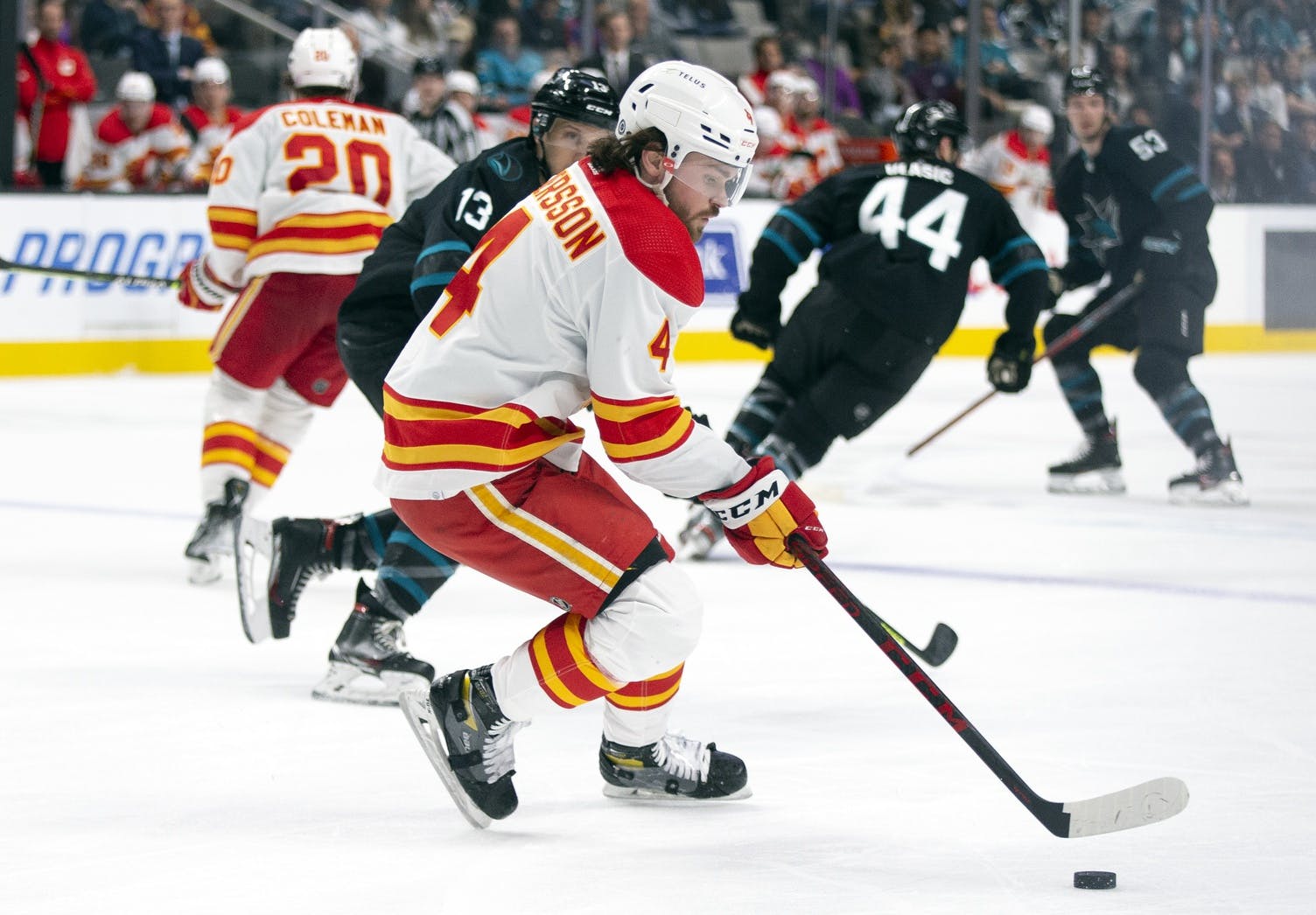 By Ryan Pike
8 months ago
The Calgary Flames continued their four game road trip on Thursday night, visiting the San Jose Sharks and playing their second game in as many nights (and third game in four nights). In another game where the Flames scored first and never trailed, they ended up skating to a 4-2 victory over San Jose.
The recap is here, if you missed it. Here are selected highlights and post-game comments from Thursday night.

Matthew Tkachuk
On the team pulling out the win in the third period: “I thought the PK had a great kill late in the third when they had just made it 3-2. So, had a 3-1 lead like we had a bunch of games against them, played pretty solid at the end. I thought the kill was a big part of it.”
Johnny Gaudreau
On his pursuit of 100 points: “I mean, yeah, it’s cool but it’s just a number. I mean, I’m super excited where our team’s at this year. A lot of players are playing really well this season. It’s been a lot of fun to be a part of this group and looking forward to the rest of the yeah.”
[PostMedia’s Wes Gilbertson asked “100 wouldn’t be just a number, would it?”]
“Nah, it would be a little different. Obviously just came shy a couple years ago. Unless I go and pull the worst 12 games of my career coming up, it will be nice to do that for once.”
Head coach Darryl Sutter
On the performances from Michael Stone, Connor Mackey and Juuso Valimaki in relief of the missing regular blueliners: “I thought Connor, as I said, served us really well. Some work to do, the other guys.”
On Johnny Gaudreau approaching 100 points and the impact of the top line: “They play in a lot of important situations. As I said, there’s lot of guys who score goals or get points, they don’t do it in…, they’re not big ones, they’re not situational goals… Their goals for and against are significant. If he was a 100-point guy and he was a minus player, that wouldn’t carry much weight. We wouldn’t be in a playoff spot. That’s what we’re trying to do. That’s what I said at the start, trying to be a playoff team. Those guys are trying to do that, too.”